When we take our sick or injured loved ones to the hospital, we often hope that they will be admitted. In many instances, this is a very reasonable request. When heart or lung disease are at work, when severe infections, dehydration, fractures or strokes occur, admission may well be the only option. However, sometimes our desire to admit our family members is a throwback to a simpler time in medicine; particularly where the elderly are concerned. I don’t know how many times I have heard this, or some variation: “Doc, I know you say she’s fine, and all the tests are normal, but if you could just put mama in for a few days so she could get some rest, I think it would work wonders!”

When I was a younger doctor, without reading glasses and a gray-streaked beard, we called them “social admissions,” but we all knew that they were often necessary for pain control, or simply because the patient’s home life was so horrific. In the days when people were generally admitted by their own physicians, it was simple stuff.

And it was a done deal!

Alas, it’s not that way anymore, and for a number of reasons. First, insurance companies, along with Medicare, are imposing much stricter controls on what they will pay for, both in and out of the hospital. Honestly, many things we used to do as inpatients can be done much more cheaply as outpatients (and without risk).

Second, health care costs are rising. As we live longer, as we learn to treat more severe illnesses and injuries and simultaneously extend health insurance coverage for more people, look for a lot fewer admissions to the hospital as insurers cut costs wherever they can.

Third, admissions are increasingly done by hospitalists, who do only inpatient care. They do excellent work, but they are under enormous pressure to admit only what is necessary and to discharge patients as quickly as possible. Otherwise they (and their hospitals) have to answer to chart reviews and face denial of payment by insurance companies.

Finally, (and perhaps most important) we have fewer admissions because most of us in medicine have figured out that being in the hospital isn’t inherently safer. You see, in hospitals, mistakes are sometimes made. Medication mistakes, transfusion mistakes, surgical mistakes. Falls and other accidents happen. The modern hospital is a chaotic environment, and for all the heroic efforts of the staff, they are entirely human and their patients are remarkably complex, both adding to the risk of error. In addition, even the best hospitals harbor terrible viruses and bacteria which patients can contract from one another. One is well advised to avoid them whenever possible.

It would be nice if we could keep everyone who wanted to stay. Wait, no it wouldn’t. It would be terrible and crowded and unsafe! So the next time you or a loved one has a condition that might lead to admission, take a step back and ask, ‘is there any way to do this as an outpatient?’ The results might be just as good. Or even better.

Edwin Leap is an emergency physician who blogs at edwinleap.com and is the author of the Practice Test and Life in Emergistan.  This article originally appeared in the Baptist Courier.

The price of certainty in the ICU

The truth behind why doctors don't tell the truth 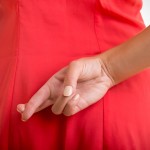 You won’t necessarily be admitted to the hospital. Here’s why.
7 comments