“Dr. Gunter, I think, uh, there’s a fetal skull in the abdomen,” my resident said with that hesitancy that says I want you to tell me I’m wrong. The first time you diagnose something that is very bad you actually hope you are mistaken and want someone more senior to reassure you that you are overreacting and tell you that this is just an odd presentation of something benign.

“I’ll be right down,” I said and turned to my medical assistant. “Cancel the rest of my clinic.”

Our patient had that beige-grey skin tone that accompanies the beginning of the end. It’s a color that announces the window of opportunity to save a life is closing. She was damp from her own sweat. The combination of her pallor and the beads of water made her look like a wax figure that had been in the heat for too long and was just starting to melt.

She had arrived by ambulance and she was having trouble telling us what had happened. What we did know was that she had been pregnant and now wasn’t. Whether she’d had a second-trimester elective termination (what the public calls an abortion), a fetal demise, very preterm premature rupture of membranes, or a septic abortion didn’t really matter. There was now an infection, either due to the retained parts or a bowel injury. Or both. I glanced at the frozen image on the ultrasound monitor. How my resident managed to do a scan when the patient had such a rigid belly was beyond me, but when you are very junior and you don’t yet have the knowledge that something is actually technically difficult you just assume it is your own inexperience and ineptitude and soldier on. If you don’t know what you don’t know then sometimes you don’t even recognize that it is hard.

A second-trimester dilation and evacuation (D&E) requires training. Even a skilled provider can push a sharp fragment through the uterus, that’s why skilled providers count at the end to make sure nothing is missing. Leaving something in the uterus leads to local infection and bleeding, but even worse is when something is inadvertently pushed through the uterus along with vaginal bacteria, potentially making contact with bowel or blood vessels. That needs to be fixed right away. Surgical complications happen, even with the most skilled provider. Failure to recognize them and act is the real problem.

“Have you called general surgery?” Code for I-am-very-worried-we-have-a-bowel-perforation. He nodded.

Apparently there was no one to call. I wanted to hug and comfort her, but there was a time when what I thought was proper doctor conduct got in the way. Now that I have been very ill myself going into surgery I understand many patients need more comfort than the promise of technically proficient surgery.

The fragments were behind the uterus in the center of an abscess. There was no bowel injury. We were astounded. After we cleaned out the belly and carefully rechecked the bowel, I gingerly emptied the uterus while the general surgeon watched from above.

After it was all done, the general surgeon pulled me aside. “What the hell was that?”

I understood his complete disorientation on how we got from A to B because a general surgeon doesn’t work with residents who have never seen a colectomy.

A general surgeon hasn’t taken a patient to the operating room to repair the devastation of a back alley cholecystectomy.

A general surgeon doesn’t have to conference call a state senator with a hospital attorney to ask if his patient in the ICU meets the legal definition of “life threatening” to get an incarcerated hernia repaired.

A general surgeon doesn’t have his appendectomy training limited by medically asinine legislation.

A general surgeon doesn’t have to deal with colleagues who refuse to perform mastectomies based on their personal religion.

I could have told my colleague that our patient may have had ruptured membranes or a fetal demise and chose a D&E or maybe even failed an induction, so there was no other option, and her OB/GYN misjudged his or her skill set. I could have told him this may have been the end result of someone taking advantage of the medically naive, disenfranchised, and desperate.

Instead, I turned to him and said, “This is what happens when a women needs a D&E and she can’t get a doctor who is skilled enough to do it.”

Don't blame yourself after a cancer diagnosis 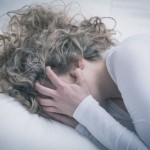 What doctors can learn from a professional photo shoot 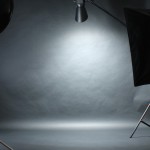