I watched helplessly as a dear friend went through the emotional meat grinder of a new cancer diagnosis. Her husband was found to have melanoma on a recent skin biopsy, and she knew that this was a dangerous disease. Because she is exceptionally intelligent and diligent, she set out to optimize his outcome with good information and the best care possible. Without much help from me, she located the finest specialists for her husband, and ultimately he received appropriate and state-of-the-art treatment. But along with his excellent care came substantial (and avoidable) emotional turmoil. The art of medicine was abandoned as the science marched on.

First came the pathology report, detailed and nuanced, but largely uninterpretable for the lay person. She received a copy of it at her request, but without any attempt at translation by her physician. In his view, she shouldn’t be looking at it at all, since it was up to him to decide next steps. She brought the report to me, wondering if I could make heads or tails out of it. Although I am not trained in pathology, I did know enough to be able to translate it, line-by-line, into normal speak. This was of great comfort to her as the ambiguity of prognosis (rather than certainty of metastasis and or mortality, etc.) was clearly outlined for the trained eye.

Then came the genetic testing and node biopsy. She was told that the tests could identify variants that would portend poorer outcomes, though it would take six weeks to find out if he had “the bad kind of melanoma.” Those six weeks were excruciating for her, as she planned out how they would manage financially if he needed treatment for metastatic disease, and if his life were shortened by various numbers of years. At week 6 they received no word from the physician, and so she called the office to inquire about how much longer it would take for the genetic testing to come back. She was rebuffed by office staff and was instructed to be patient because the lab was “processing an unusual number of samples” at this time.

Another week of anguish passed, and she decided to contact the lab directly. As it turned out, they were eagerly awaiting the arrival of her husband’s sample, but it had been “lost” in hospital processing somehow. She called the hospital’s facility, and someone found the tissue under a pile of other samples and tagged it appropriately and sent it on to the genetics lab. The hospital apologized for the delay via email — and she forwarded the note to her oncologist, so that he could sort out the potential processing bottleneck for other patients going forward.

The result was reported to the oncologist within a week’s time and in turn, the physician called (at 6:30 a.m. on a Monday morning) to discuss the result with my friend’s husband. He missed the call as he was in the shower getting ready for work, and wound up playing phone tag with the physician’s office for three more days. My friend had her heart in her mouth the entire time. She continued to imagine a world without her husband. If the disease stole him from her, how would she manage? What about the children? Could she make enough money alone to support her family?

“Why didn’t the physician leave any hint of the result in the phone message? If it was good news, surely he would have mentioned that,” she presumed. The physician required his patient to come into the office to discuss the results. And so they booked the next available time slot, another couple of days later. My friend was certain this was a bad sign.

As they arrived at the oncologist’s office, the staff forbade my friend to accompany her husband to the meeting. “Clinic policy,” they stated. My friend’s mind was now spinning out of control — maybe my husband needs to be alone with the doctor because the results are so devastating that he must hear it by himself?

She insisted, nonetheless, to accompany him — and the staff felt obligated to clear it with the oncologist before they allowed her to enter the examining room with her husband. They whispered to him in another room before giving her the irritated nod that she could proceed. You could have cut the tension with a knife … she was certain that a death sentence was about to be handed down.

Once the oncologist entered the room, he spent the first 10 minutes making excuses for the delay in genetic tissue results. He argued that the hospital lab was actually not at fault for the delay and listed all the various reasons why nothing had been done incorrectly. His was so single-mindedly focused on the email he received weeks prior (simply describing the delay — as if it were some kind of assault on his own competency) that he almost left the room without telling them the results of the genetic test and biopsy sample.

As an afterthought at the end of the meeting, he announced: “Oh, and the tests suggest that you have a melanoma that is extremely unlikely to metastasize. The wide excisional biopsy is likely curative.”

And off he swished, white coat flowing behind him as he flung wide the door and moved on to the next patient.

The irony is that my friend’s husband got “great” medical care with a large helping of unnecessary suffering. His initial biopsy, wide excision and skin grafting, lymph node testing, and genetic lab studies were all appropriate and helpful in his diagnosis and treatment. But the way in which the information was presented (or not presented) was what made the entire process so painful. Unfortunately, we spend most of our time as physicians focused on the technicalities of what we do, rather than the emotional consequences they have on our patients and their families.

As we continue to “deliver health care” to our patients, let’s remember not to serve up any sides of unnecessary mental anguish. Clear and timely communication makes a world of difference in patient anxiety levels. And reducing those is part of the art of medicine that is so desperately needed, and disturbingly rare these days.

The tension between traditional medical values and expanding commercialism is real 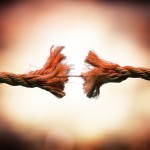 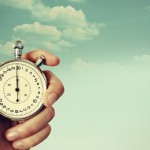 This is great medical care. With a large helping of unnecessary suffering.
105 comments