One theme has gripped the collective conscience of the nation for the last year. One theme has connected Ferguson, Missouri, to Staten Island, New York, to Charleston, South Carolina. One theme has destroyed neighborhoods, incited riots, and terrorized churches.

That theme is racism. Unfortunately, it’s also found a way into our health care system.

In 2003, the Institute of Medicine (IOM) released a groundbreaking report stating African-American individuals and those in other minority groups receive fewer procedures and poorer-quality medical care than white individuals. More startling, though, is that a 2011 study from the Du Bois Review, “The impact of racism on clinician cognition, behavior and clinical decision making,” reported very limited progress had been made in reducing racial/ethnic disparities in the quality and intensity of care.

Until the events of the last year thrust racial issues back under the spotlight, the idea of racial bias may have surprised many given the positive changes in the last 60 years. Instead, as I delve into in an Aug. 11 Viewpoint in the Journal of the American Medical Association (JAMA), “Racial Bias in Health Care and Health,” implicit bias by clinicians has been directly linked to biased treatment recommendations in the care of black patients.

Compared with white individuals, non-white persons have earlier onset of multiple illnesses, greater severity and more rapid progression of diseases, and higher mortality rates. For example, black-white differences in mortality have been estimated to account for the premature deaths of 260 African- Americans every day. Moreover, the United States is not unique. Similar patterns of racial health disparities are found in other countries, such as the United Kingdom, Australia, Canada, New Zealand, South Africa and Brazil.

The most critical barrier

I first met Don Erwin, MD, in 2010. A CEO of the St. Thomas Clinic in New Orleans, Erwin was recommended as someone who could give me insight for the project that I was working on at the time: “Disparity in the Deep South.”

I told him I was there to better understand the social issues and conditions that lead to poor health outcomes. The quintessential white southern gentleman, Erwin didn’t beat around the bush with his response: racism — structural, institutional and linguistic.

Erwin said racism is the single most critical barrier to improving health outcomes. He discussed how racism has been consciously and systematically erected and sustained. He believed this can be undone only if people understand what it is, where it comes from, how it functions, and why it is perpetuated. That’s why Undoing Racism training was required of all employees on an annual basis in order to be credentialed to work at St. Thomas.

My trip to New Orleans was a turning point.

I began reflecting on the segregated waiting rooms in Greensboro and Marion, Alabama, where I grew up. My mind traveled back to my dear uncle, Tom Cannon, who had died from a ruptured appendix in Selma, Alabama, having not been seen by a physician.

At the same time, I became more proactive, starting ongoing dialogs with experts familiar with the issue and poured over data, published research and my personal experiences from more than 20 years of clinical practice. I even visited the disparities program at the University of Alabama, Birmingham.

Through all of this, I came away with the following: Health care organizations must be held accountable for the shameful and embarrassing data that screams out that blacks and other minorities are not receiving equal treatment. The data tells us that if you are black, Hispanic, Asian, American Indian, Alaskan native or another minority, then your health care outcomes are worse. For black people, this is true regardless of income, zip code, profession or educational status.

I can personally attest to that last point, having been subjected to a white physician who was openly hostile to me during a procedure, threatening that if I did not “hold still” I could be blinded by what he was doing. At the end of the procedure, I asked him if he knew me. He looked at the chart, let out a heavy sigh and said, “You are a physician and a patient safety expert.” My reply was, no, that is not who I am. I am a husband, father, a very anxious patient, and a human being.  Making matters worse was the fact that as I waited to be seen that day, I had noticed how kind and courteous he had been to the white patients who were being seen, so I had expected the same. The treatment was not equal, and if a physician and medical director cannot get equal treatment, what chance does the average minority stand?

Still, I consider myself an optimist, and my hope is that the entire U.S. health care system will declare the goal of zero inequity and disparity. We have robust data and measures, and many existing strategies and roadmaps. What has been lacking is the will to declare equity and disparity as a public health issue.

Then again, one could argue that will was lacking, or at least had waned, on the national level up until a year ago. Now, that one theme is back on the table, and there may be no time like the present to change for the better.

What is a 5-star hospital? The answer may surprise you. 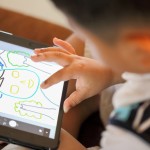 Has racism found a way into our health care system?
39 comments