“Hi, it’s Dr. Smith, are you taking consults today?” the voice on the other side of my short-range hospital phone said.  I recognized the caller’s name as one of the new hospital doctors, known as hospitalists.

“Of course,” I said, “What have you got?” I guess some groups have a specific doctor for the day “take” the consults.  If I am in the hospital, I am always taking consults.

“Great,” the hospitalist says. “I have a 67-year-old female with chronic systolic heart failure and diabetes type 2 (uncontrolled) who presents with acute blood loss anemia likely from upper GI bleed.  She was given two units of blood in the ER, and we wanted to get you on board.”

As I write down the patient’s name and room number, I try to remember what it was like before everyone spoke in billing codes.  “Acute blood loss anemia” was not something that I was taught about specifically in medical school, or even residency.  We learned about bleeding ulcers, and bleeding varices, and bleeding arteriovenous malformations, and diverticular bleeding, and a bunch of other diseases that cause bleeding.  We learned about iron-deficient anemia, and pernicious anemia, and sickle cell anemia, but there was not even a page in the textbook about “acute blood loss anemia.” Could I handle the management of this rare and unusual disease?

In reality, “acute blood loss anemia” is just another medical billing phrase that was forced into our medical notes and has somehow creeped into our day-to-day vocabulary.  The explanation is as follows: The hospital submits the bill for the medical treatment provided to the patient’s insurance company in the form of various billing codes.  Some codes pay more than others, for the same basic disease process.  Therefore, “acute blood loss anemia” is better to have documented in the chart when compared to just “anemia” because apparently insurance will reimburse the hospital more for the treatment of “acute blood loss anemia.”  Now this is just an example of a code that comes up many times a day in my field, and there are obviously many other examples out there.

Since what we, as doctors, write in the medical chart is what the billing is based around, it is important to use phrases that are both accurate and complete.  It would seem like a foolish business strategy to provide care for a condition and then not receive full compensation because you wrote “anemia,” when it was really “acute blood loss anemia.” This is not fraud or shady business.  The insurance companies are asking the doctors to be specific and accurate and will look for any way to penalize the hospital financially for not doing so.  Therefore, since it is smart business to bill appropriately, every hospital has a clinical documentation specialist (usually more than just one) who has the sole job of combing through notes and looking for vague language that can be clarified and strengthened to ensure appropriate billing.  If documentation was left up to the individual physician, notes would be two lines long, and the hospital would get paid about $5 from Medicare.

All doctors dread the call from the clinical documentation specialist.  We know it is a necessary thing, but we are busy and simply don’t want to be bothered ten times a day writing addenda to old notes for the sake of billing compliance.  Therefore, as any species does, the doctor adapts to new behaviors that result in fewer calls from the documentation police.  Greater work-related fitness is achieved, and these adaptive “mutations” are passed on to future generations of doctors; it is medical Darwinism.  Soon we begin to think and even talk in medical billing codes instead of actual medical terms.

The 40 year-old lawyer with a drinking problem who develops the shakes the morning after an elective surgery becomes a 40M with alcohol dependence, abnormal liver function tests, thrombocytopenia, acute alcoholic hepatitis, acute alcohol withdrawal, depression, folate deficiency, hypertension (not uncontrolled), and malnutrition (mild).  All of those problems were identified, treated, and now billed for appropriately.

I thank the hospital doctor for the consult and then go to the ER to find the patient.  “Acute blood loss anemia” really tells me nothing about the patient.  Is she sick? Is this really an upper GI bleed, or a GI bleed at all? Did she drop her blood count by a few points (enough to qualify for acute blood loss) or did she lose half of her blood volume? These are all questions that can only be answered by a good history and physical, and cannot be captured in billing code jargon.

I would love to write more on this topic, however I was just called to see a patient with “unspecified viral hepatitis C without mention of hepatic coma,” so I have to run.

Patients can spot the fake: They need the authentic 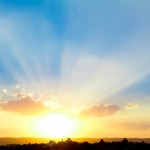 A fetal complication is an extension of a mother 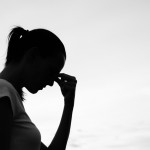 Doctors now diagnose in code. ICD code, that is.
7 comments