I recently found something I had lost. Or rather, I found someone I had lost. He was a dear friend from my childhood. We spent days and nights roaming the woods near our homes, catching crawdads and minnows in the creek and turning rocks over to look for banded water snakes. We shot bows and arrows and rode bikes. Standard Appalachian stuff, that.

In the winter, we would sled until we could barely feel our fingers and in the summer, work in gardens and on lawns in the sauna-like Ohio Valley swelter. We took Tae Kwon Do together, working out in a gym free of air conditioning, with a kind and caring teacher. We spent many an hour poring over martial arts magazines in our young zeal to be great fighters (and look cool). In the woods, we would duel with long sticks on logs over creeks, like Robin Hood and Little John. (Or perhaps Porky Pig and Daffy Duck.) And when we once went to Myrtle Beach together, it was unclear whether we were more excited by the ocean or the prospect of buying fireworks (then illegal in West Virginia).

My friend, A, loved animals then (and now). I well recall the day we spent at my grandparent’s house, catching a flock of near-wild Bantam chickens for him to raise. We would follow them up the hill, and they would fly down. We would go down, and they would run up. It was exhausting, and it was entirely hilarious.

After high school, I lost touch with A. We took very different paths in life. He had adventures and battles of his own. I had the whole college and medical school path, and wife and children. At one point, I wasn’t sure if A was alive or not; I was saddened by that.

However, a while back a mutual friend referred to him. I contacted A, and he contacted me and we sat down one day and had a phone conversation that lasted at least an hour; maybe more. We revisited our stories and our joys, and caught up on the blessings and sorrows of our own families. We laughed and basked in the glow of friendship rekindled; of a treasure recovered.

We’ll not lose touch again. We plan to have many more talks. If we lived near one another, we’d probably take long walks again. Odds are, we’d disagree on a few things, like politics, religion and culture. My long lost friend is gay, you see, and lives with his long-time partner. And I’m a straight, conservative evangelical. But none of that mattered when we reconnected. We were so happy to talk again that those things were too far down the list to merit discussion. And even if they do emerge, I suspect our talks will be conducted in the framework of mutual concern, respect, and shared history; not contention or anger.

I think there’s a lesson for us here. As physicians, we’ll frequently find ourselves at odds with our patients, with our fellow staff or administrators. Sometimes, those differences will be striking. But when we take the time to know people, especially when we have shared history and concerns, we can transcend differences.

Conflicts don’t disappear, of course. To imagine that love means not only tolerance but the total acceptance of every viewpoint is folly, and a kind of intellectual tyranny. However, those differences are put in the right perspective. And the human being before us rises to preeminence.

It’s much like raising children. I have three teenagers now. (One has safely transitioned to the age of 20.) I don’t always understand their music, I don’t always get their jokes and I certainly don’t always share their viewpoints on many issues. Nevertheless, I smile and respect them, I hug them and cook for them, I tease them and play with them. I try to guide them and I would do anything to keep them safe, happy and whole.

People will always clash on issues of faith and culture, lifestyle and religion. These clashes can become bitter and painful. This perhaps more true in medicine than in any other arena, where we daily interact with a vast collection of human beings, some the same and some extremely different from us.

However, if we can remember to see them all as lost friends we haven’t yet met, our practices may be that much easier, and our interactions that much more joyous.

May you find someone you lost and know the same delight.

It's time that all hospitals have single patient rooms 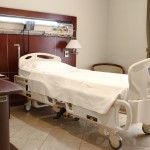 A country surgeon with kids: A day in the life 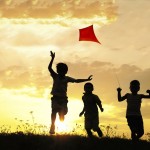 This doctor transcends the differences he has with others
2 comments