I would think that when physicians decide where to set up practice, there are things that they would want to think about other than how much money they’ll make.  Yet if one reads Medscape’s current list of the best and worst places to practice, it would appear that money trumps everything else (although Medscape said it also considered factors like “cultural attractions”). What Medscape apparently did not consider at all are factors like the percent of the population that is uninsured, mortality and morbidity rates, rates of chronic disease, per capita health care spending, that is, anything having to do with patients.

And I think this is a problem, because it suggests to its mostly physician readership (and to the broader public that may hear about it and get the wrong impression) that all physicians should care about is the money coming in and going out of their practices — without regard to the social, economic, and policy environment affecting the health of their patients.

Here is Medscape’s list of the top 10 best places to practice, and why, ranked in order:

Here is their list of Medscape’s 5 worst places to practice, and why:

1. New York: with a special warning “to avoid New York City” because, “At $249,000, average physician compensation is more than $22,000 below the national average. New Yorkers know they pay a premium to live in the city, but they may not be aware of just how hefty it can be.”
2. Rhode Island: “RI physicians responding to the 2015 Medscape Physician Compensation Survey reported lower pay than any other doctors in the country.”
3. Maryland: “A high cost of living and too many doctors.”
4. Massachusetts: “High taxes, a high cost of living, exorbitant housing costs, and average physician compensation that is $23,000 below the national average.”
5. Connecticut: “It costs a lot to live there, and doctors don’t make a lot to compensate.”

What if practice locations were instead ranked by the fewest and the most numbers of uninsured patients?  You end up with a very different ranking than Medscape’s:

(Nebraska and Maryland also have 10% of their population uninsured).

The bottom 10 worst states based on greatest number of uninsured (as % of population):

(Oklahoma and Mississippi are also tied with 14% of their populations uninsured.)

Why should the uninsured rate matter to physicians when considering the best and worst places to practice?  Because “people without health insurance live sicker and die younger than those with insurance.”

What if one were to rank the states based on their overall performance on composite measures of accessibility and availability, prevention and treatment, avoidable hospital use and cost, healthy lives, and equity?  The Commonwealth Fund did this, and also came up with a much different ranking than Medscape’s:

The top 10 best states based on overall health care performance are:

The bottom 10 worst states based on overall health care performance are:

(The next in order of worst to best are Florida, Tennessee, North and South Carolina.)

Now, to be clear, I have no beef with where physicians choose to live and practice: the choice of where one decides to live and work is a highly personal one, weighing a variety of factors that are unique to each physician and his or her loved ones.  Who am I to judge?

Nor do I have a beef with any of the states listed above, no matter where they rank on the respective lists.  I have been fortunate to have traveled to all 50 states, plus Puerto Rico and of course my home in the District of Columbia, many repeated times, and I love the wonderful diversity of this country, the breathtaking beauty, and the hospitality and kindliness of the people I’ve met.  One of the highlights of my job at ACP is to visit physicians at our chapter meetings throughout the country: over the past year I have visited physicians in Rhode Island, Nebraska, Virginia, South Dakota, Kansas, Delaware, Nevada, and California, and I have trips coming up to Missouri, Washington state, and California and Nebraska again.  Universally, I have found that physicians in every state I’ve visited are committed to giving their patients the best possible care.

No, my beef is only with Medscape, and the sources (recruiters, interviews, surveys) they used that looked mostly at the economics of practice, not the environment affecting the care of patients.  As a result, there is an inherently conservative bias built into Medscape’s analysis, because by emphasizing higher physician earnings,  lower cost of living, fewer malpractice suits and lower taxes over health outcomes and the percentage uninsured, its rates more favorably the states that are hostile to government programs to help cover people and reduce health care disparities, and less favorably the states that have more activist governmental programs to reduce the ranks of the uninsured and health care disparities, often requiring higher taxes to pay for such programs.

And by focusing mostly on the money, isn’t Medscape doing a disservice to the many physicians who have chosen to practice in their so-called “worst” states — even though they may earn less on average?  One Rhode Island internist, a friend of mine, when I told him his state was ranked by Medscape as one of the top 5 worst places to practice,  responded, “No one asked me. While [our] economy took a big hit, we have a great medical community and collaboration with hospitals, insurance companies, government.”

And aren’t they doing a disservice even to physicians in their “best places to practice,” who love their states but would like to see them do better on things like covering the uninsured?  I know many Texas physicians, for instance, who for good reason love their state and the favorable practice environment it offers, but are working hard to try to persuade a hostile legislature and governor to expand Medicaid coverage to the poor.  Expanding Medicaid would, in their mind, make Texas an even better place to practice — and even more importantly, a better place for patients to get the health care they need.  And to be sure, many physicians have told me they would even be willing to pay higher taxes if it meant that fewer of their patients would be uninsured.

So how about this, Medscape?  Next time you rank the best and worst places to practice, how about looking not only at the economics of practice, but at how well each states does in providing health insurance coverage, in tackling health care disparities, and in improving the health of their populations? 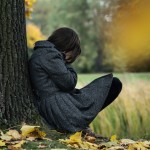 The best places for a doctor to practice: It’s more than money
21 comments