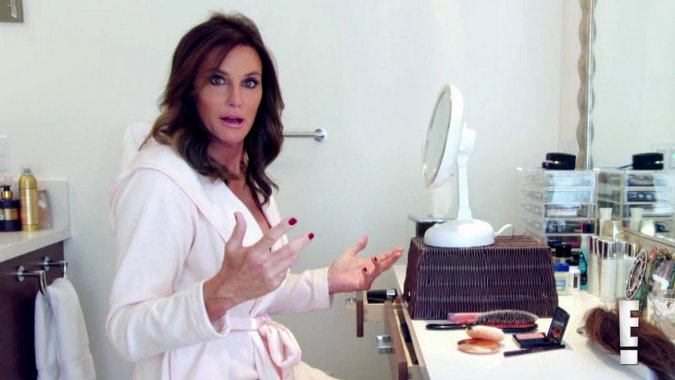 This piece will likely draw ire from many, but I do not intend it to be inflammatory.  I write it to explain why Bruce Jenner’s recent, and very public, transformation into Caitlyn shouldn’t necessarily make us feel all warm, fuzzy, and optimistic.  This is not meant to insult or degrade any individuals who are transgender or merely confused about their own gender identity.

That being said, I will first acknowledge that it definitely took courage on Caitlyn’s part to proceed with the gender reassignment.  The other thing it took was a whole lot of money.  Most sources estimate the cost of gender reassignment to be somewhere between $30,000 to $80,000.  While I certainly will not argue to restrict the rights of those who can pay for the procedure out of pocket, we all must acknowledge that this amount of money could do an incredible amount of good for hundreds of medically underserved people.  I thankfully do not struggle with gender identity, so I am admittedly ignorant to the pain experienced by those with gender identity issues.

However, most Americans with gender identity issues do not experience hunger, extreme poverty, lack of potable water, or death due to completely treatable infectious diseases.  As a physician, I am most compelled to aid those struggling to meet the demands on the lower portion of the Maslow’s hierarchy of needs pyramid.  Caitlyn battles with “self-actualization,” which is located at the top of the pyramid, while there are millions in America (and billions across the globe) who struggle to obtain the physiologic (food, water, healthcare, clothing) and safety (war, violence, rape, sex trafficking) bricks of the pyramid.  For these people, life is a fight for survival, not for identity.

Life isn’t fair, and it is futile to attempt to completely equalize the distribution of resources among humans around the world.  It will never happen — of this I am fully aware.  The same stance against spending money on gender reassignments could be used to argue against all cosmetic surgery, expensive cars, luxurious restaurants, and fine clothing.  Those things aren’t going away — I get it.

However, where do we as a society draw the line as to who gets a gender reassignment?  Should private insurance pay for it?  Should public insurance pay for it?  Should taxpayers and individuals fund this incredibly expensive procedure to advance the “self-actualization” of one, knowing full well that the money could be used to vaccinate, screen, and treat hundreds?  I have been reading Infections and Inequalities by Paul Farmer, and I encourage everyone in healthcare to read it.   It has broadened my viewpoint on American healthcare spending and the widening chasm of health resources between the “haves” and “have nots.”  Dr. Farmer’s writing and work have influenced this article and made me realize that it is difficult to justify spending tens of thousands of dollars to fund one person’s “journey of self-actualization” instead of using the money to take care of the ill and impoverished among us.

Is it a tragedy to me that some are unable to afford to live their lives as the person they believe they are?  No. It is unfortunate, but not a tragedy.  To me, a tragedy is when humans are unable to meet needs located much lower on Maslow’s Hierarchy of Needs pyramid linked above.   Perhaps this is an unfair viewpoint to some, but if heroes rescue people from tragedy, then out of greater tragedies come greater heroes. Those fighting for the poor, hungry, war-ravaged, and destitute sick get more laud and praise from me, and I believe this stance is justified.

I also can’t help but view Caitlyn Jenner’s last few months as a self-promotional spectacle.  It is highly publicized because she wants it to be.  She is on the cover of Vanity Fair, will receive numerous requests for interviews  and speaking engagements, and will undoubtedly be landing movie and book deals soon.  I am admittedly cynical, but as phenomenal an athlete as Bruce Jenner was, when was the last time you watched a movie about him or saw his bestseller on amazon.com?  He is essentially out-Kardashian-ing the Kardashians.

Caitlyn’s gender reassignment is another American event that I hope no one in the developing world reads about.  Do not take this to mean that I am embarrassed by LGBT and transgender Americans, as this is not the case.  But events like it explain some of the disdain, if not outright hatred, of Americans in the eyes of the developing world.  We have so much money that we spend it on expensive, self-indulgent, highly publicized cosmetic procedures, while they don’t have potable water to drink and are dying of tuberculosis and HIV — both of which would be effectively treated with access to what Americans consider inexpensive medications.

I will end with a request to Caitlyn Jenner herself:  Caitlyn, please use the millions of dollars brought by this publicity to feed, shelter, and clothe the poor, as well as vaccinate and treat the destitute sick across the globe.  If you can find it in your heart to do this, I will celebrate you without hesitation. 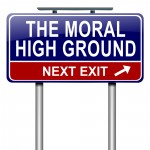 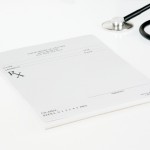