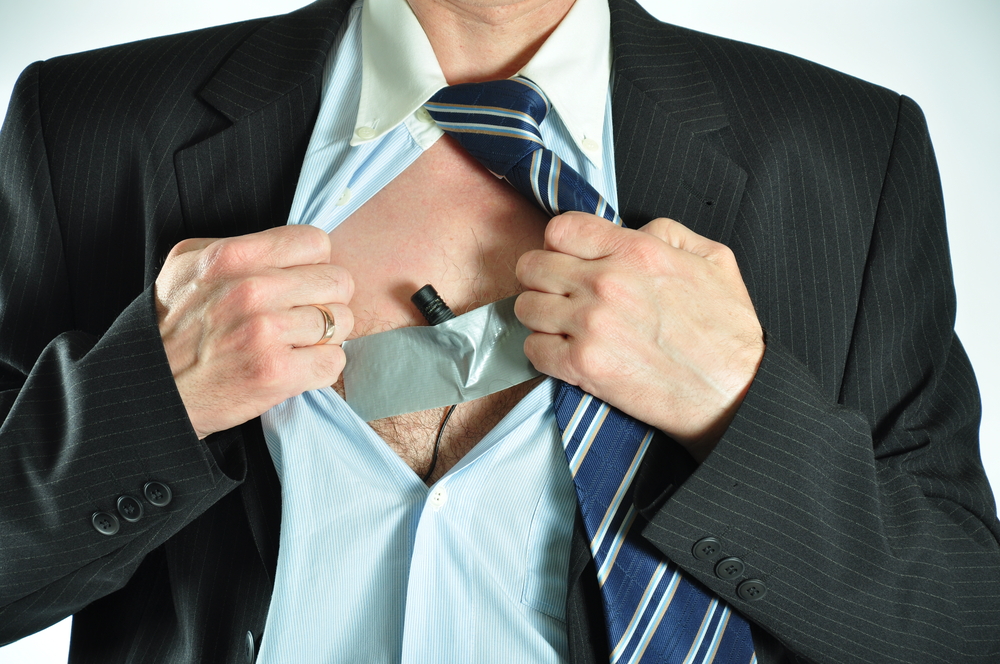 JAMA published an opinion piece about the controversial issue of patients secretly recording their physicians during encounters.  We live  in the era of the smartphone.  Everyone has one — soccer moms, teenagers, young kids who can’t even read yet, elderly nursing home patients who can’t safely feed themselves.  Everyone.  And these devices have amazing powers of audiovisual capability.  We all know this.  Anyone can film or record anything at any time.  And most states have laws in place  that allow for the secret recording of conversations between two parties, as long as one of the participants consents to the recording.

If a physician suspects that a conversation is being recorded, that physician could handle the situation in several different ways that could benefit all parties. Doing so would first require that the physician be aware of the possibility of secret recordings. The physician can ask the patient if he or she is recording the conversation. Then, regardless of the answer, the physician can express assent, note constructive uses of such recordings, and educate the patient about the privacy rights of other patients so as to avoid any violations. Taking such an approach would demonstrate the physician’s openness and desire to strengthen the relationship with the patient. The physician could also ignore any suspicions and provide care as he or she normally would without letting the possibility of recording affect either attitude toward the patient or medical decision making.

Unless federal or state laws change, physicians should be aware of the possibility that their conversations with patients may be recorded. If physicians embrace this possibility, establish good relationships with their patients, provide compassionate and competent care, and communicate effectively and professionally, the motives of patients and families in recording visits will be irrelevant.

Personally, I don’t have much of a problem with being secretly recorded, either by a patient or someone else in the room.  I wouldn’t feel violated.  I don’t see it as undermining my relationship with patients.  In this era of less paternalism in medicine, I think patients just want to feel that they have understood the issues and are able to arrive at informed decisions based on the available information.

Medicine is complex and unwieldy.  Patients get overwhelmed.  In many physician/patient encounters, given the emotional content and the stakes involved, communication gets compromised.  Meanings are lost.  Words are misheard.  Opinions get misinterpreted.  And patients feel that by simply recording the encounter, all those issues will dissipate.

Of course, it isn’t so simple.  Not much will be gleaned from re-listening to a garbled audio recording of a physician’s thoughts.  At least not as much as just speaking with the physician one on one again, to reinforce ideas and clarify issues.  A physician should always be prepared to repeat himself, both within the context of the initial encounter, and at subsequent encounters, either on the phone or in person.

There is one caveat to this.  Any recordings of my role as physician would have to be done without my knowledge.  It would be essential that secrecy was preserved.  The minute you tell me that you are recording me, the encounter immediately gets transformed, irrevocably.  Suddenly, it is no longer authentic communication between two humans, one of whom is trying to tease out the source of what ails the other.  Instead, the encounter has become mere performance.   Instead of assuming my role as “doctor” seeking to alleviate suffering, I have become a man up on stage, microphone in hand.  If I know I am being recorded it would just make me self-conscious and awkward and stultified, worried more about banalities of diction/syntax/voice timbre/modulation/how goofy I may sound upon repeated listenings, etc.

An honest, authentic, meaningful physician/patient encounter requires a certain form of self-effacement, a losing of oneself in the moment.  Something happens when you truly and concertedly give yourself over to the hard work of listening to a vulnerable human who is trying to convey pain and suffering.  At some point, the gap between two strangers is bridged.  I suppose this is called empathy.  But it cannot be contrived or faked or staged.  For me, at least, recording that intimate encounter would ruin everything.  So much would be lost, just to preserve a few more words.

The other issue I draw a line on is as follows.  The Patient may have a cousin in Idaho who is a pulmonologist.  The patient takes out cell phone, calls the cousin doctor as I begin my exam, and places said phone on bedside table.  “Do you mind?  My cousin is the only doctor in our family, and he wants to hear everything you say.”  I tell everyone the same thing.  I don’t “do” conference call examinations.  What happens is, the person on the other end of the line can’t hear what I’m saying, and they ask me to repeat this or that.  So I’m always stopping and starting, shouting toward a faceless voice on a phone.  I have to turn my head away from you, the patient.  It gets annoying.  I lose my rhythm.  The whole encounter gets chopped up and fragmented.  It’s unsatisfying on both ends.  I’d be happy to call your cousin as soon as we are finished and convey to him my exact thoughts via a private phone conversation.

Most patients are very understanding.

Why it's time to improve the social determinants of health

Walter Scott and a physician's conscience

When is it OK to secretly record your doctor?
13 comments