We spend a lot of time in medicine in education. Pursuing medicine as a career requires embracing learning for a lifetime, because there is always something new, always something different, new approaches, new medications, new discoveries — we want what’s best for our patients, and you can’t deliver on that promise unless you know what’s out there.

As a consequence, we spend time trying to organize information, categorize it, study it, make sense of it. In order to recognize a diagnosis, you have to think of it. That’s what makes older, more experienced doctors useful to younger doctors — they are uniquely positioned to say “been there, done that — seen it once before.”

But there are certain situations that require no experience to recognize that something is out of place.

In surgery, one such finding is the postoperative evisceration. These have always been uncommon, thankfully, and I assume that these days, with many more surgeries performed through smaller incisions, this complication occurs less frequently. When I was a resident, and laparoscopy was in its infancy, just sit everybody had a big incision. Making a large incision meant that exposure was better, and you have to see to be able to do what you need to do. My teachers quipped, “the incision heals from side to side, not end to end.” Go ahead, make a bigger incision.

But then, every now and then, after the operation was done, the diseased organ removed, the remaining parts reconstituted in working fashion, job well done, there was the stat page.

I recall one such time for an older gentleman who had undergone a colectomy for colon cancer, who had also been treated for prostate cancer, and had been a lifelong smoker, now with emphysema. Six days after his surgery he was in the bathroom when he coughed, and POP! His incision came apart.

There was a stat page overhead to anyone from the surgery service — never a good thing to hear on the hospital’s speaker system — and I happened to be in the area, and ran up to see what was going on.

I came to the door of the man’s hospital room and couldn’t get in. There were literally so many nurses in the room I couldn’t get in. They were all milling about, agitated, everyone was talking at once. I had to ask people to step out of the room so I could get to the patient.

The gentleman was lying on the bed, looking around, somewhat bemused at all the commotion. He was not at all distressed that his intestines were all hanging out, lying on him and beside him on the bed, gently peristalsing.

I called the OR, advised them we were coming, get me an anesthesiologist. I called the attending surgeon to meet me. We took the patient back to the OR, washed everything out, and out everything back where it belonged. The patient spent a few more days in the hospital, none the worse for wear.

Going back to the education piece, there are many findings after a patient has had surgery that can indicate something is happening that is dangerous to the patient. We try to teach residents and nursing staff what to look for, what to ask, what data to collect that may mean something bad is happening to the patient. This one requires no explanation: anyone looking at that man’s gut knows instantly that is wrong, so wrong.

The irony is that although evisceration is an abnormality that requires correction, of course, it is not immediately life-threatening, and yet, everyone acts as though it is. Evisceration triggers panic, as if something were on fire. To the educated eye, the reaction is more like, “darn it.” In contrast, the patient whose face suddenly droops on one side, that should provoke panic. The patient who says he feels like a elephant is sitting on his chest; even the patient who hasn’t made any urine in 12 hours — that provokes panic in my mind, and yet, to the uninitiated, they pass on by without knowing something terrible is about to happen.

Medicine would be so much easier if serious illness and complications could be obvious, like the guts on the bed, but it’s not like that. It takes years of reading, and studying, and repeating facts and steps and complex patterns to be able to recognize when something bad is happening. One of my professors used to say, “If it was easy they would be doing it at the mall.”

Then again, it’s the complexity of medicine and the challenge that draws individuals to become doctors. It is the hard work, the years of study, the final “a-ha!” moment when you get it, even though it’s a hard road to reach that point: all that put together makes medicine a worthwhile and rewarding endeavor.

On second thought, I think I like it just the way it is.

Business ethics are no match for medical ethics

Getting congratulated on hand washing. Really? 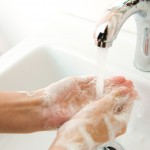 Guts on the bed: A surgeon talks postoperative evisceration
2 comments