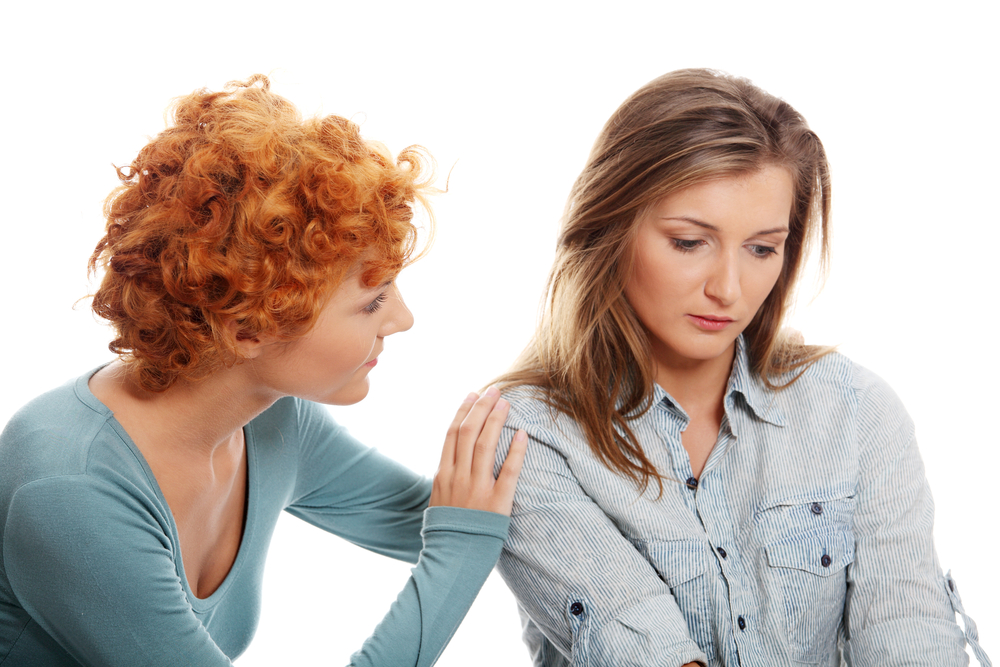 I like to think that doctors are still a profession made up of people who want to help others. Sure, there are other benefits to our jobs. The technical challenge, the intellectual rewards, the financial security. But honestly, we do really get a lot from helping others.

It’s satisfying to look to your fellow man in a time of need and heal them. It’s a very special privilege we enjoy. There is one very notable exception to this, and that is when we have a colleague in need who is suffering depression. Then, we seem to turn a blind eye, turn off our empathy and ignore what is becoming a growing and very serious problem in medicine. Depression is the claiming the lives of our best and brightest and the only thing we’re doing as a profession is shaking our heads after the event and saying such things as “What a waste!” or “Such a shame.” Why are doctors finding it so hard to extend that same desire to care to ourselves and to our colleagues when depression strikes?

In Australia, a large survey of the mental health of doctors and medical students was carried out in recent years. The findings of this survey were very disturbing, demonstrating that rates of depression, anxiety and suicidal ideation were significantly higher in doctors than in the general population and higher compared to other professional groups.

The survey, carried out by Australian mental health care and research group, BeyondBlue, was a disturbing call to arms for doctors in this country to be aware of how bad things are getting. There has been a large amount of media coverage in Australia in the last few months, centred around doctor health and workplace bullying which has included the reporting of the suicide of three junior doctors in a specialty training program.

Worldwide, this seems to be a problem. Both in the scientific and lay literature, it is relatively easy to find cases or discussions on how hard hit doctors can be by the “black dog.” Recurring through these cases and publications is that doctors are at higher risk for depression. What is more of a worry is that we are exceptionally good at ignoring it in ourselves, in others, seeking help late and perpetuating stigma related to mental health.

The issue that concerns me the most is the stigma of mental illness we harbour towards physician depression. Regardless of your age or level, there is a huge gap in our caring side when it comes to our colleagues being unwell. I remember several months ago discussing a friend who was having difficulties. My colleague said, “Oh, so Dr. X can’t come to work, he was completely useless, having a bit of a moment.” I was so shocked and taken aback at the complete lack of compassion shown by one young doctor towards another. I was so angry at such dismissive comments, I could barely see straight! What is terrible is that this kind of stigma exists everywhere, at all levels and ages in medicine. Is it because the absence of a colleague means our own workload will go up? Is it a real fundamental lack of understanding of how bad depression can be? Is it a reflection on societal values of strength and mental robustness being paramount to asking for help? Do we believe that person who is suffering is somehow mentally inferior to someone who has never had depression?

How are we going to fix this problem?

I think that like any public health intervention, the earlier you start, the better the outcome. And we need to start at medical schools. Self-care was mentioned in medical school but never went any further than that. I don’t recall any real teaching on how to manage stress. Nobody taught us about the prevalence of depression, burnout and its outcomes. Nobody told us we were more likely to be depressed than the rest of the country.

At this stage in my life, I have been witness to far more horrific things than most people see in a lifetime. The first patient I saw die was three days old, on the operating table. So where are the universities in this? Where are our lectures on the mood benefits of exercise? Where are our speakers who have had depression during their medical careers? Medical schools have a wonderful opportunity to change the perception of mental toughness we all think we have and need.

I think that medical schools need to include more direct and even compulsory lectures or learning activities on how to protect ourselves and our friends or colleagues from the stress of work that can result in burnout and depression. They need to normalise it and talk about it. The younger generations are going to be instrumental in change as they seem to have avoided the stiff upper lip method of coping that I know my parents’ generation were brought up with. By preparing them for the challenges of medical practice and creating a workforce of compassionate doctors, it really may help to dilute the stigma associated with mental illness and protect future generations of doctors against the same mistakes being made right now.

Doctors are often too afraid to ask for help for fear of being ostracized by their colleagues and ruining their careers. While not everyone will come around initially to being more caring and compassionate to a colleague in need, identification of those who will may be useful. A colleague who is willing to discuss, confidentially, the difficulties faced by an individual physician would be a wonderful start to remove some of the feelings of isolation and being all alone. How wonderful it would be to have someone in your corner! Compulsory reporting of colleagues in distress is designed to protect the general public against the impaired physician.

But the responsibility does not stop there. Instead of punishing our sick doctors, how about they are helped? A doctor’s self-worth is often tied up in their job, and they should be rehabilitated to work, so they don’t lose that connection with who they are and what they love doing. However, the overwhelming concern is that reporting (either self-reporting or by a colleague) will result in punishment, stigma and damage to a doctor’s reputation. Hospitals, specialty colleges and medical boards need to move away from this as they are perpetuating the myth that these doctors are weak, impaired and dangerous. The focus should shift very much to rehabilitation and ensuring appropriate care takes place. Doctors with depression already feel bad enough about themselves and do not need that myth perpetuated by authorities.

Finally, a cultural change needs to gain more momentum. We are now starting to see changes in how poor workplace behaviour like bullying and harassment is tolerated in hospitals. I think that this is very much related to how we treat doctors with depression. We need to all learn that it is not OK to “eat our young” and that compassion is paramount in how we work with others. I have great hope that as we start to change culture and change the very disappointing way in which we relate to each other, even if it is an enforced behavioral change, that we will start to show some real care for our colleagues around us. The more voices we have within our profession who are willing to say that poor behaviour, such as intolerance to a sick colleague, is not okay, the more we may be able to reduce the stigma sick doctors are exposed to. We need to start learning and putting into practice caring for rather than destroying our young.

It is long overdue that we address this dangerous and sometimes deadly problem. Depression is darkness to those who suffer from it, and it will never disappear while we leave it there, in the shadows. Perpetuating stigma about depression will just leave those doctors there in the darkness, all alone until we again start muttering how it’s a shame or a waste. Let’s get the conversation started and try to show some care for each other and ourselves.

What Dr. Seuss would think about health care consolidation

Doctors need to take care of each other. Starting now.
7 comments