Mark, I’m sorry I had to leave Twitter abruptly. My wife threatened to kill me and then divorce me — in that order — if I didn’t get off Twitter instantly and get the groceries.

However, I caught the tail end of the Tweets. I’ll do my best to respond.

I can do no better than quote @jeffware: “Exactly Mark – why are the Drs. who specialize in testing trying to explain the dangers of overtesting?”

That was a rhetorical question. But there are some entrepreneurial radiologists who are licking their lips at the epidemic of overtesting. I can hear them say “Mark and acolytes, bring it on.”

To wit, overtesting is better business for us. So our objection is not financially motivated. Let me make this even clearer. The more blood tests and genomic tests the “must prove that I’m healthy” brigade have, more $$$ for radiologists.

If doctors promised 100 percent certainty, immortality and never missing any diagnosis ever than we certainly have failed. We’ve failed to be honest. Medicine is not perfect. Information is imperfect.

When the healthy, remember we’re talking about the healthy, fish for disease that they could have but may well not have, they’re more likely to encounter a false than a true positive. That’s because many more people have that warning sign for early disease than actually have the disease the sign warns about.

Let’s say ten thousand Marks have quarterly blood tests to spot the earliest sign of a disease such as cancer. One sign of cancer is a low hemoglobin — this is one of many. Then one Mark, let’s call him Lucky Mark, will live longer because of vigilance. That Mark was destined to have cancer, and the lower than baseline hemoglobin tipped him off that there could be cancer brewing. He then had a whole body scan which found a pancreatic cancer, which was nipped in the bud, and he lived happily ever after.

But there are many more Marks who have a slight fall in hemoglobin who don’t have pancreatic cancer or any cancer. The problem is we don’t know who the Lucky Mark is amongst them. They, too, will have whole body scans to look for a cancer because of the fall in hemoglobin.

There are some Marks, let’s call them Unlucky Marks, who have the whole body scan, which finds a lung nodule. This could be cancer but most probably is not. We don’t know. To confirm, we biopsy. The biopsy is negative — that is no cancer. Unlucky Mark dies from a complication of the biopsy. Remember, biopsies are dangerous.

Information is messy. This concept is hard even for doctors to grasp, so I don’t blame non-physicians for not getting it. Doctors have done a lousy job of explaining imperfect information. False positives are dangerous because we don’t know they’re false positives before a whole lot of intervening. We don’t know who the Lucky Mark is and who is the Unlucky Mark. If I knew, I would be God, or at least a very rich man.

3. “So you believe don’t ask/don’t tell is a valid health care strategy to avoid overdiagnosis?” You’ve nailed it, Mark. For completeness let’s explore other strategies.

Once found, we don’t know it is overdiagnosis or not for sure. That’s the nature of information. Even if biopsied and biopsy says cancer, it could very well be overdiagnosis. Cancer is not a single entity — there is mild badness and very bad badness.

The question is what do you want to do with that information? Let’s say it’s a tumor of the kidney that’s most likely overdiagnosis but you don’t know for sure. What next? Maybe surgery. Surgery has complications. Sooner or later someone will be harmed for a condition that never was destined to cause the person any problems. Is that a victory?

4. “The question for elective testing is how much data is the right amount.” That’s an excellent question, Mark. Permit me to rephrase. How much data is necessary to prove that I’m healthy and not diseased?

This question has more philosophical than scientific implications, but it implies something. It implies that we must prove that we’re healthy, not diseased, that the burden of proof is on those who say we don’t have disease. This has problems. Imagine if our legal system operated the same way and the burden of proof was on the defense to prove the innocence of the accused, rather than on the prosecution to prove the guilt of the accused. In fact, it’s worse. Because we are talking about the healthy — they don’t have symptoms — they are not even the accused.

So on the scanner every 2 weeks and a biopsy every other month. Is that how you envisage the human race to spend their time, Mark?

Do you test the water for arsenic before drinking it? How do you know it has no arsenic for sure?

5. “There are no facts in an absence of data. Only educated guesses.” Excellent point, Mark. I think every data-driven dullard should have this line tattooed on his forehead.

I’ll make a few points. Not all educated guesses are the same. I suspect the educated guess of the flying conditions made by an airline pilot is more valid than mine (that’s an educated guess). You get the drift here. I don’t call the pilot or air traffic controller paternalistic, even though once I was stranded in DFW because of a storm.

There never has been a controlled scientific study on the benefits of parachutes, or anti-venom for rattlesnake poisoning. Only an idiot would deny the use of either because of “lack of data.”

But testing in the healthy is not the same as jumping off a plane. If you don’t use a parachute you’ll die. If you don’t get tested you’ll likely live.

6. We need perfect information. During the discussion futurists chimed in. Futurists are a combination of entrepreneurs and physicians who are distinguishable by certain traits. First, they use the term “disruptive innovation.” The term has created such a paradigm shift in me so that when I hear it I’m paralyzed with catatonic boredom. Second, they’re “solving” problems. It’s unclear exactly what is being solved and why. Third, they oppose status quo. But what’s on offer instead of status quo is never mentioned.

It’s like saying to car drivers, “In the future we’ll have automatic flying cars fueled by cow dung. Release your grip on status quo.”

Release my grip on status quo? Come again? Until the future car comes I’m going to have to do with my Honda Civic, which smells like cow dung.

Future promises that are not here yet can’t be a prescription for the present.

Like toddlers who haven’t controlled their sphincters, futurists wet themselves with excitement over what is patently embryonic.

Maybe in 2125 the human race will have perfect information. When one urinates, a computerized screen called Watson will detect subtle DNA changes in the urine which will alert a team of robotic surgeons called Da Vinci that there is an 8 mm cancer brewing in the sigmoid colon. Then a spaceship will hover over the lavatory, and internalize me and take me to hyperspace, and then, using minimally invasive cryogenic robotic surgery, the robots will take the cancer out in five minutes. Then a robot will give me a Press Ganey satisfaction survey to complete. Within an hour, I’ll be released and be able to visit the “Museum of Paternalistic Physicians” and read all about the crusade in medicine which brought about utopia.

Until then I have to make decisions with partial information.

Drones in medicine: What are the possibilities? 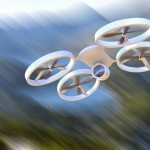 A radiologist vs. Marc Cuban: 6 answers to his questions
3 comments