Purvi Patel was found guilty of both feticide and child neglect in Indiana in February and now faces 70 years in jail. A jury deliberated for about 5 hours, even though there are no facts supporting either the feticide claim or the neglect, never mind the travesty that child neglect and feticide are incompatible charges. It’s hard to neglect a baby you have already been found guilty of killing as a fetus. Truly a bizarre version of double jeopardy. While every other crime has an attempted category this is apparently not the case with feticide in Indiana, trying and failing to commit feticide (now matter how ineffective your attempt) is the same as feticide.

I wrote about this case last year. Ms. Patel delivered a very premature baby alone at home. By all reports around 23 to 25 weeks gestation. She reported having pain, not knowing how far along she was and then “it just all fell out … gushing blood on the floor.” I have delivered many premature babies and had a very premature baby myself. That is exactly how it happens. A 1 to 1.5 lb baby delivers very quickly. They often fall in toilets as women don’t realize they are in labor.

Ms. Patel presented to the hospital after her delivery, and the placenta was still in utero. A police investigation (which involved an overly zealous doctor) led to the discovery of the fetus in a dumpster.

Ms. Patel claimed she did not know how far along she was in the pregnancy. She did not seek prenatal care so she couldn’t have know for sure. In addition, she was hiding the pregnancy and in my experience this leads many women to ignore the early signs of pregnancy. It is very common to tell someone with an unplanned pregnancy that they are actually 18 weeks, not ten weeks. Even women with wanted pregnancies can be woefully off on their dates. In fact, I have delivered many women with wanted pregnancies who had no idea they were pregnant until they found themselves pushing in the emergency department with me between their legs saying, “No this isn’t gallstones, I’m really sure.” Denial is a powerful force.

Ms. Patel claims she did not take any abortifacients and that the delivery was spontaneous, and the baby was born dead. The pathology report indicates the fetus hemorrhaged significantly (likely from a torn umbilical cord) during birth or immediately afterwards. Ms. Patel was afraid, confused, and as being pregnant and unmarried was shameful to her and believing the fetus was born dead she hid it.

The prosecution provided no evidence that Ms. Patel actually took abortifacients. She texted a friend when she was about 8 to 12 weeks pregnant (about one month before she delivered) about taking a medication to end the pregnancy. I found conflicting information about whether or not she actually bought what she thought was an abortifacient online. RU-486 would not cause an abortion past 12 weeks so even if she did buy that it’s moot, so the only drug that could have brought on her premature labor would be misoprostol, but her toxicology report was negative for that drug. Even if she did buy what she believed was misoprostol there is a good likelihood that what she received was counterfeit.  This fact has been detailed extensively. There is no government official to complain to if you buy placebo illegal abortifacients online.

The prosecution presented an expert who used a widely discredited method (floating the fetal lungs in water) to see if the baby was born alive. According to my copy of Medicolegal Investigations of Death, 4th Edition floating the lungs “must not be regarded as absolute proof of a live birth.” There are several factors and events that can contribute to false positives and false negatives. Therefore, this test can’t be used if the standard is beyond a reasonable doubt. The state’s pathologist testified there were other signs the baby was born alive, but the science is by no means exact. There isn’t a 100 percent yes or no test. The expert for Patel countered the fetus was not likely viable.

The only facts are Ms. Patel went into labor prematurely and hid the body of the fetus. She had no way of knowing how far along she was in the pregnancy and the likely cause of her premature delivery was lack of prenatal care (that is, after all, the #1 cause of prematurity in the United States). She was found guilty because she didn’t know she was as far along she was in the pregnancy and didn’t call an ambulance (or was too ill/confused to call an ambulance) and then panicked because she didn’t know what to do.

There is no evidence Ms. Patel took an abortifacient, so how she can be guilty to feticide is beyond comprehension unless wishing you were not pregnant is now considered feticide in Indiana. There appears to be little convincing evidence (beyond a reasonable doubt) that the fetus was born alive, so the neglect charges are equally disturbing.

These cases can only be an attempt to score anti-choice political points and punish women, because if the state of Indiana really cared about preventing fetal demise they would ban cigarettes and if prosecuting feticide were really the point they would be looking at stillbirths due to cigarette smoking and obesity. (I’m not suggesting anyone be prosecuted for a stillbirth, rather pointing out the irony that in Indiana it’s OK to smoke and have a stillbirth, but not to have an unplanned premature delivery at home and then panic about what to do.)  Then there is the whole concept that of instead of wasting tax payer dollars on this kind of prosecution that the money would be far better invested if it were channeled into prenatal care.

In the meantime, if you live in Indiana and are pregnant, don’t ever tell or text anyone that you are ambivalent about being pregnant or are thinking about an abortion because if you have a fetal demise the fact that at one point you might have contemplated an abortion means you had something to do with it, medical evidence proving otherwise be damned. And if you have a precipitous premature delivery at home the first thing you must do is not cry or grieve or freak out because you didn’t realize you were that far along or pass out from blood loss, you must immediately call 911 because not being able to triage your own emergency home delivery is also a crime in Indiana.

ADHD and early death: We often miss the story 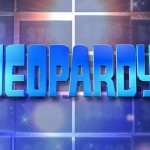