The tragic deaths of Oscar Grant, Michael Brown, Eric Garner, Tamir Rice, Walter Scott, and untold others, deeply grieve our national conscience. But more black men die in America from heart disease than from police brutality, and we never mention those parallel realities in the same breath, let alone collectively mourn those dead.

Just look at the data.

Evidence shows African-Americans have a shorter life expectancy and higher rates of illness and disease than any other racial or ethnic group in the country. Even black babies are more than twice as likely to die before their 1st birthday than other infants in the US. Considering America’s overall infant mortality rate ranks behind its first world peers, that finding is far from benign. In fact, it makes African-American babies less likely to survive the first 12 months of life, than babies born in Botswana, Cuba, or Kuwait, to name a few of the 94 countries who have better infant mortality rates than black newborns in the United States.

And these gaps are far from new. Back in 2004 Congress asked the Institute of Medicine to investigate these racial disparities. After reviewing more than 100 studies, “The committee was struck by the consistency of the research findings [that] indicated minorities are less likely than whites to receive needed services, including clinically necessary procedures.”

For almost every disease studied, black patients received less effective care than white patients, including routine treatments for common health problems; from cancer and diabetes to, you guessed it, heart disease.

Titled Unequal Treatment, the authors concluded, “(Al)though myriad sources contribute to these disparities, evidence suggests bias, prejudice, and stereotyping on the part of health care providers may contribute to differences in care. “

There is something about being black in America, that places African-Americans at increased risk of death; and that something is a quantifiable systemic bias.

So while it is important to scrutinize policing practices that disproportionately harass and kill black males, we must also critically appraise equity in health and healthcare.

How else will we explore the extent of the injustice weathered by Eric Garner who ultimately died of a heart attack? Police training may prevent his unprovoked asphyxiation, but it would do little to address an already shortened lifespan. And yes, the banned chokehold and subsequent failure to indict seemed unjust, on the surface. But is it right to invoke Garner’s haunting last words as a rallying cry, if we ignore the inequity that may have pulsed beneath the surface?

And how can we learn from Darren Wilson’s description of Michael Brown as a “demon … bulking up to run through the shots, like it [made] him mad that I [shot] him”? Could the former officer’s misinterpretation of anguish, on the face of a black youth who sustained multiple gunshots, be related to medicine’s well-documented racial disparities in pain management? Because in healthcare, data indicates black children and adults are less likely to have their pain accurately perceived and appropriately treated, and this mistreatment limits medicine’s ability to protect and serve black patients well.

In reality, the threat of police violence that endangers black lives is intimately related to the threat of death and disease that disproportionately burdens communities of color. These are not isolated issues. Together, they tell of a nation that remains profoundly influenced by race, from the mandates of justice to the delivery of healthcare. In time, that influence ceases to publicly alarm. So while some black deaths are made a media spectacle, the vast majority go unacknowledged and unaddressed; the collective impact of which subtly normalizes inequity and codifies injustice.

In the end, there will be no justice without accountability. To save black lives, we have to change how we think about black life – not just how or if, it matters, but where and when, it is most at risk. Now the arc of injustice includes the well-intentioned and malicious alike, each of whom may harbor attitudes and preferences that ripple across systems and threaten the lives of people of color. These threats expose the reality that racism kills and the death toll is much greater than you think.

A brief history of the EHR

The Elizabeth Sedway case: In defense of Alaska Airlines 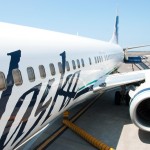 The arc of injustice: How racism kills
1 comments