Although I pride myself on catching the obscure snapshots of typical life moments that occur daily while dealing with patients and their families in the emergency department, occasionally there are times when I am so focused on the task at hand that I completely fail to see a glaring moment of obvious humor, sadness, or tenderness. At times like this, then, I am glad to have our hard-working nurses and techs with me in the room to bear witness to such events.

For example, recently I treated a 62-year-old retired kindergarten teacher who presented to our emergency department for a nosebleed. By appearances, she was exactly what you would picture a retired kindergarten teacher to look like — perfectly permed grey hair, kind eyes, folded “liver-spotted” hands resting in her lap, and the perfect amount of wrinkles at the corners of her eyes and mouth. If not for the actively dripping blood from her left nare (nostril) and the gory blood stains on her white cardigan sweater, I would have sworn she was there to simply to review my ABCs with me while I shoveled down a few cookies with a glass of cold milk.

Upon a brief interview, I learned that she had been feeling fine while visiting friends in our town. Suddenly, after a hard sneeze she started oozing blood from her nose. “I think I am allergic to my friend’s cat.” I smiled. Those of us in medicine know that most illnesses can be blamed on three things — cats, the flu shot, and fibromyalgia. (Public notice: Please do NOT get in a tizzy because I DO believe in the diagnosis of fibromyalgia.)

Despite attempts at pinching and stuffing tissue after tissue into her nasal passage, this WWII Polish immigrant could not take care of the situation on her own. She learned that packing a bleeding nose was not as easy as packing potatoes into the perfect perogie. Thus, it was our team’s pleasure to get to meet and treat Ms. Ilene for her medical issues.

After examining Ms. Ilene, I explained to her the process we would pursue in stopping her nosebleed. Initially, we would pack her nose with some cotton pledgets soaked in a vasoconstriction solution to shrink the diameters of her bleeding vessels. After five minutes, we would remove the pledgets. Finally, we would insert a modern-day torpedo-shaped product, coated with a clot-inducing mesh, and inflate it with air to the point where it would press against her septum to tamponade the bleeding vessel. She would keep this packing for several days to prevent further bleeding.

“Ms. Ilene,” I warned her, “this may be a bit uncomfortable for you.” By previous experiences, nosebleeds sometimes were a breeze to treat and other times could be quite a dastardly experience for the patient. Regardless, I loved treating nosebleeds, and she had a significant one that required us to be a bit more aggressive.

Just as we had explained, we successfully placed and removed the soaked pledgets. Moving on to the “Rocket,” I prepared Ms. Ilene for the next step. “Ms. Ilene, this is the most difficult step. I apologize beforehand if it causes you any discomfort while I insert this,” I said, sweeping my hand toward the apparatus.

With the nurse standing on Ms. Ilene’s right side, holding a suction-wand in her one hand and Ms. Ilene’s hand with her other, I inserted the “Rocket” like a pro. It was a much easier procedure than I anticipated.

What followed, then, were several more comments caught by the nurse that I was oblivious to. She caught me up to speed between her giggles, though, after-the-fact in the nursing station.

“Doctor, you were really good at slipping it in.”

“Is it in far enough?” (I had assured her that I had inserted the device far enough.)

“I am glad it slipped in so easy.”

“That wasn’t bad at all for my first time.”

“Wow, you inserted it deep!”

“Thank you for being so gentle.”

In-the-moment and focused on the next task at hand of inflating the rocket, though, I still couldn’t understand why the nurse was grinning.

With a ten cc syringe, then, I began to inflate the “Rocket.” “Ms. Ilene,” I warned, “you are going to feel the ‘Rocket’ start to get more firm. The firmer it gets, though, the better it will do it’s job.”

“Good,” she said, “make it nice and hard. Whatever it takes.”

Again, another chuckle from the nurse. I remained oblivious.

Slowly, I inflated the “Rocket.” One cc. Two cc. Three, four, five, six ccs. “How are you doing, ma’am?” I asked, pausing to give Ms. Ilene a little respite.

“I definitely feel it getting firmer,” Ms. Ilene answered. “Good, then,” I answered, palpating her exterior nose, “just what we want. I would like to inflate it just a little bit more.”

She agreed. I proceeded. Seven cc. Eight cc. “How is that?” I asked, palpating her nose again. I was happy with the progress of things.

“Well,” Ms. Ilene said, “it definitely feels firm. It is uncomfortable, but if you need to make it harder, go ahead and do your thing.”

I swore I heard the nurse chuckle again. What the heck? I looked at her and could see the smiling squint of her eyes resting above the top edge of her mask. I gave her a questioning look.

Nine cc. “There, Ms. Ilene,” I said, palpating her nose and briefly looking into her nasal passage, happy with my findings. “I think that is all we need to do. I think this is going to work out well for you.”

“Good,” she replied. ” That wasn’t nearly as bad as I thought it would be.”

“Feel here,” I said, guiding her finger to her lateral edge of her left nose, “see how firm that feels — that is exactly what we want. This will do the job.”

“Yes, that definitely is swollen and firm,” she confirmed.

I assured her that she was the perfect patient and that everything about her packing went really smoothly. I thanked her for being brave. After cleaning up a bit, the nurse and I walked out of the room and into the nursing station.

“What was so funny?” I asked the nurse, who sat down in her seat and covered her face with her hands to muffle her laughs. She couldn’t control the shaking of her shoulders.

“Are you kidding?!” she exclaimed finally, after catching her breath. “You seriously did not get how funny that conversation would have been to someone standing outside of her room?”

I seriously didn’t. After being refreshed about the conversation, though,  I felt my face getting heated. I know I was turning red. And trust me, I am a hard one (no pun intended) to embarrass at this point in my career.

I dreaded going back into Ms. Ilene’s room after being made aware of the conversation. Was she just as oblivious as I was as to how our conversation could have been interpreted by someone with wandering ears? However, after observing her for 30 minutes, I had no choice but to go back in to explain her blood results and my happiness with her vitals signs and end-result of the procedure. I requested for the nurse to accompany me, but she claimed she had an IV to start in another room. I knew, though, that there was no IV start and that she wanted me to face the situation on my own.

I slowly approached Ms. Ilene’s room like a little kid about to face his parents for a well-deserved scolding. Slowly, I pulled her door open and slid her room’s curtain to the side. I peered inside. I breathed a deep breath out. She was napping.

I touched her shoulder. “Ms. Ilene,” I whispered. I shook her shoulder again. Slowly, she opened her eyes. She gazed around the room and took in her surroundings before fixing her eyes onto me. “Oh,” she said, “it’s you.”

“How are you feeling?” I asked.

“I feel really well, Doctor,” she answered. She paused before continuing. “I really want to thank you again for being so gentle about everything.”

Ugh! I looked closely at her but could not see any hints of her being coy. She appeared to mean this very innocently. Darn the nurse for tainting such a nice encounter!

Gladly, I discharged Ms. Ilene from our department to followup with our ENT services in 48 hours since she would still be in town visiting her friend. I also advised that it would be okay for her to take an antihistamine for a few days if, in fact, an allergy to the cat was the main cause.

Later on, while rethinking this encounter, I realized that there are probably many moments in the emergency department, due to the highly personal nature of things, that could be interpreted as something more than the innocent interaction it really is. Thankfully, though, we carry on through these moments and keep them at the professional level they deserve to be. Well, most of the time…

Soon after, unfortunately, word associations began to process in my mind.

Nosebleed. Source. Allergy. Cat. Kindergarten teacher. ABCs. Reading. Dr. Seuss. The Cat In The Hat … Hmm, I wondered if Dr. Seuss ever had any innocent moments that could have been interpreted by an outsider as something coy or devious or silly. Did these moments happen everywhere in our lives or were these moments of innuendos predominant in the emergency department and the medical field?

I found my answer while perusing lists of Dr. Seuss’s books to confirm that the emergency department is not isolated by such silliness. And there, within the lists, I found my answer.

The name of Dr. Seuss’ book, the greatest of all childhood authors, that made me smile at the silliness of it all? Drum roll please.

There’s A Wocket In My Pocket.

Enough said. I am on my way to the library right now to check it out. 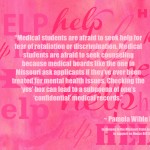 This is what patient safety means to me