In the first application of a new “reverse AMA” system put into place to improve patient satisfaction, a patient was admitted to the hospital for the first time against the wishes of her treating ED physician.  Constance Dolor, a 37-year-old morbidly obese patient with chronic unexplained pain and a frequent visitor to the emergency department, became the first person in known history to be admitted the hospital against medical advice.

Ms. Dolor presented by EMS for the 5th time in 2 days for “chronic migratory all over pain.” She complained that her pain was incapacitating, and nothing made it better except for a Dilaudid PCA, a request that was declined, for management of her pain in the ED. All of her objective tests in the emergency department were negative. However, her pain persisted despite all attempts, short of a PCA, to medicate her in the ED.

It was felt, similar to the last 4 times she was here, that she should follow up with her PCP who typically manages her pain but whom she has refused to see because she “didn’t like the tone of his secretary’s voice” last time she was there. While the patient’s discharge instructions were being typed up, the patient adamantly refused to leave the department. Ms. Dolor stated that she would under no circumstances leave the department and demanded admission for her Dilaudid PCA. The “reverse AMA protocol” was then activated. An excerpt from the medical decision-making section of the emergency physician’s note is below:

The patient’s chronic migratory global pain was not felt to be a criterion for admission. However, as she refused discharge, our “reverse AMA” protocol was activated.  Ms. Dolor was deemed to be alert and oriented, not intoxicated, and she was felt to have the capacity to make her own decisions and, in turn, accept inpatient care. The risks of admission were explained to her including, but not limited to, a large hospital bill, being placed next to a smelly roommate who may have scabies, and not being at home when her disability check comes in the mail. Benefits of admission included being placed on a Dilaudid PCA, getting a sponge bath by a particularly handsome LPN, and made-to-order pizza night at the cafeteria.  Alternatives to admission included going home and following up with her PCP.

After hearing the risks, benefits, and alternatives, the patient decided to be admitted. Between bites of her sandwich, she was able to repeat back to me my concerns. She understands that admission to the hospital without objective admission criteria could lead to permanent financial instability or even bankruptcy. She also understands that she would be taking up a bed that could be used by a more deserving patient. I did try and convince the patient at length that she should really go home and treat her chronic pain as an outpatient. I spoke to the patient’s family members and friends at bedside and relayed my concerns, but they were unable to convince the patient to be discharged. 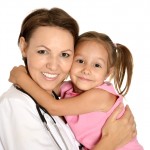