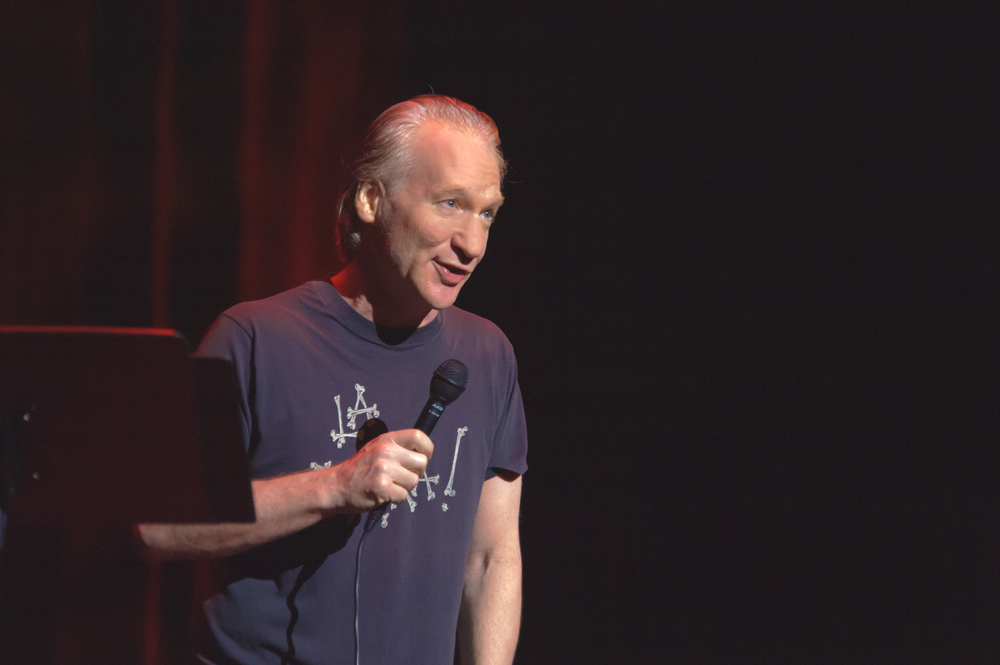 A few weeks ago Bill Maher made a number of critical remarks about medicine and physicians. I sent Mr. Maher the following response in an effort to address his comments. I am sharing this with you in hopes that other physicians will also speak out in defense of our profession.

Let me start by saying that I have been a fan for many years. While I do not always agree with your views, I respect your ability to highlight vital issues and debate important questions. Most of all, I just love your comedy. Having said that, I was upset with your comments about American medicine on a recent episode of Real Time. As a physician, I believe that many of your criticisms of our health care system, and of doctors, in particular, are unfounded. I have compiled some of your comments from the February 6, 2015 show and will try to respond to them using available evidence and my personal experience as a doctor.

“People get cancer and doctors don’t know why…and they don’t know how to fix it.”

We know exactly what cancer is. Cancer is a group of diseases characterized by uncontrolled cell division. Malignant cells contain mutations allowing them to multiply rapidly, form tumors and invade other organs. In the case of some cancers, we know the exact gene that is mutated. For example, we’ve learned that a translocation in the BCR gene on chromosome 22 leads to the creation of the bcr-abl fusion protein responsible for many cases of chronic myelogenous leukemia. This has led to the development of a drug called imatinib that specifically inhibits this mutated protein.

In the case of other cancers, several mutations occur in a step-wise fashion leading to malignant transformation. This was described in colorectal cancer by the ground-breaking work of Dr. Bert Vogelstein. The development of the so-called “adenoma-carcinoma sequence” has led to colorectal cancer screening programs using colonoscopy. A recent landmark study published in the New England Journal of Medicine has shown that colonoscopy decreases colorectal cancer-related mortality.

We have a long way to go to fully understand and effectively treat the many diverse cancers that afflict our society. But your statement on the subject downplays the significant advances that have been made over the last half century and dismisses the physicians and scientists who have devoted their professional lives to treating patients afflicted with these deadly diseases.

“They put mercury in my teeth and my father had ulcers that they treated wrong.”

The use of mercury in dental fillings, although still somewhat controversial, is probably not ideal for both the patient and the dentist. And yes, our understanding of the pathogenesis of peptic ulcer disease was turned upside down in the 1980s with the discovery of the bacteria Helicobacter pylori. As I point out above, while we have made tremendous stride, our understanding of medical science is still developing. As physicians, we strive to provide people with the best possible care but we concede that there is much we do not understand, and mistakes will be made along the way. Medicine is an imperfect science, but this is no reason to shun the entire medical establishment.

“We live in an era where we can’t ask any questions.”

This is the exact opposite of the truth. When it comes to patient autonomy, the pendulum has swung 180 degrees in American medicine. In the past, physicians would make a diagnosis and tell patients what treatment they will receive. Currently, physicians present all treatment options (including no treatment at all), offer their expert opinion on the best option, and then ask patients what they prefer. Patients are given a “Patient’s Bill of Rights” and are asked to provide informed consent for treatment. The era of paternalism in medicine is long gone.

“Vaccines … too much of a good thing?”

Let’s just agree to disagree on this one. I will just make two points; first, it’s true that not all vaccines are indicated for all people and second, the fact that the polio, smallpox, hepatitis B, measles, mumps, rubella, pertussis, diphtheria, tetanus, rotavirus (and I could go on) vaccines have decreased morbidity and mortality for millions is indisputable.

As for the allegation that we have created new maladies by “not using our immune systems,” you are probably referring to what’s called the “hygiene hypothesis.” Essentially, by cleaning up our environment (via proper sanitation, hand washing, antibiotics), we have altered the development of the immune system leading to a rise in allergic diseases such as asthma. This is probably true but let’s consider the alternative. In 1900, the most common cause of death in this country was infection and the life expectancy was under 50 years. In 2013, death from infection was significantly less prevalent, and the life expectancy was almost 80 years. Incidentally, asthma and other allergic diseases were not on the list of diseases that more commonly killed Americans. So, would you rather die at 40 from dysentery or live until 80 with asthma?

“I’ve never heard a western doctor ask anybody ‘What do you eat?’”

As someone who stresses scientific evidence, I am surprised that you are bringing personal anecdotes into this debate. So, I will respond with my own anecdote. As a gastroenterologist, I ask nearly all my patients about their diet and at times spend entire consultations focusing on dietary modification. The medical community is not oblivious of the fact that the American diet is suboptimal, to say the least. However, there are many factors (social, economic, educational, cultural, etc.) that may be responsible.

“They address symptoms and not root causes.”

Physicians are trained to always seek the etiology and pathogenesis of a patient’s illness. Unfortunately, in some cases we do not yet understand the underlying mechanism of disease. Or, if we do understand it, we do not have the tools to fix it. These are the situations in which physicians try to modify the disease process and/or treat symptoms rather than correct the root cause. After all, just because we do not have a cure does not mean that we should allow people to suffer from debilitating symptoms. For example, Crohn’s disease is a chronic condition in which there is an abnormal immune-mediated attack on the patient’s own gastrointestinal system leading to pain, diarrhea, bleeding, bowel obstruction, etc. We do not have a cure for Crohn’s disease. However, we know many of the pro-inflammatory mediators involved in the disease process and have drugs that specifically target them. These medicines, while not curing the disease, significantly alter the natural course of the disease and allow people to live normal, symptom-free lives. Yes, it’s true that sometimes treating a patient’s symptoms is the best we can do. But sometimes treating a patient’s symptoms is the best thing we can do for them.

“We overuse antibiotics and not one country in the world does the amount of surgery we do.”

You are right on both counts. The United States spends more on health care than any other nation and, unfortunately, has not always gotten a great return on investment. We have access to the latest and greatest medications, diagnostic tests, and interventions. Armed with these tools physicians often struggle with are how and when to best use them? In trying to answer these questions the American outlook of “fight to the end,” “never give up” and “bigger is better” often plays a role on the part of both the patient and doctor. There is also an emotional component and doctors often go above and beyond to save patients we’ve become invested in. Added to this is the looming threat of litigation for withholding a potentially life-saving treatment. In sum, the use (or overuse) of medications and medical procedures in this country carries medical, social, ethical, emotional, religious, economic and legal consequences. Physicians are asked to balance these charged issues every day in taking care of critically ill people. In my experience, we do a pretty darn good job in most cases.

I am not disputing that there are many faults in the American health care system, and I share your frustrations with many of them including insurance companies, big pharma, malpractice costs, etc. But, I strongly believe that your criticisms of our achievements in medical science and the dedication and skill of our physicians are unfounded. In fact, spreading misinformation about physicians is dangerous in that it will deter people from seeking the care they need. What’s the point of providing health insurance to people if they are discouraged from seeing doctors?

As an American you have access to one of the most advanced medical systems in the world. It seems to me that you should be both proud of and comforted by that fact.

A domperidone dilemma: A patient's perspective on ordering from Canada