We all accept that we can’t vote until we are 18 and can’t order alcohol — at least legally — until we are 21. We know that if we speed 60 mph in a 45 mph zone, we risk a traffic ticket or accident. We get used to these numbers and pretty much know the risks if we break them. However, the practice of medicine is becoming more and more a numbers game that doesn’t improve patient care. In addition, it makes for costly and wasteful use of physician time.

Here’s a case in point.

I recently read a hospital echocardiogram on a patient for whom I had not yet been consulted. The study was technically limited due to poor acoustical windows, and I estimated the visual ejection fraction as 30 to 40 percent. It turns out the patient had ventricular tachycardia and heart failure and was seen by an electrophysiologist. He recommended a repeat echo in a few months and if the EF was less than 35 percent, then an automatic implantable cardio defibrillator. In the interim, he suggested the patient go home with a LifeVest. This is a soft vest, which contains electrodes, and a means to sense and shock the patient, should a lethal ventricular arrhythmia occur.

The problem is that the patient’s insurance would only pay for the vest if her EF were  less than 35 percent. Hence, the LifeVest representative approached me and asked if I could somehow change my report. I said no. Next the primary care doctor asked me how I could “fix” the problem. Finally, I amended my progress note, stating that I had re-reviewed the echo, (which I had), and visually the EF appeared closer to 30 percent than 40 percent. Eventually, the device was approved.

I dislike having to do this but also did not want the patient to suffer because of some arbitrary number. There is no data to show that a patient with an EF of 36 percent lives longer than one with an EF of 34 percent. Ditto for artificial “cut points” for myocardial infarction enzyme elevations. Countless cardiology consults are requested because some patient’s troponin level is 0.09, and the upper limit of normal is 0.08. Often there is no clinical evidence of an MI, and this is a type 2 release due to sepsis, hypotension, anemia, etc., where myocardial oxygen supply is outstripped by demand. But if the patient has had an MI, then by current guidelines, a whole cascade of medications ensue. They must get aspirin, a beta-blocker, a statin, etc., or we must justify in the chart why they did not.

Hospitals and doctors are increasingly judged, and being reimbursed, for following evidence-based guidelines. The problem is that the application of these guidelines has replaced commonsense. If a patient’s BNP level is 101, and the upper limit of normal is 100, then a case manager asks me why I haven’t treated them for heart failure, regardless of the clinical setting. Again, I must prove a negative that never should have been a question. It is also hard to ignore that if the patient can be coded as having heart failure during the stay, then the hospital’s reimbursement is higher.

Much of this happens without the physician’s knowledge until he gets a delinquent note in his medical records query list, needing coding information about what kind of heart failure the patient had while in the hospital. Then we must dig back into the record to see if heart failure is even an accurate diagnosis.

There is no question that patient’s have less heart and vascular complications if their blood pressure is less than 140/90, LDL cholesterol is less than 100, and hemoglobin A1C is  less than 5.8. But to grade a medical group or doctors, for falling outside these guidelines by a hair, makes no clinical sense, is burdensome, and adds to the cost of medical care, not to mention stealing precious time for face-to-face interaction with the patient.

Medicine needs a return to sanity. Unfortunately, the problem appears to be getting worse, not better. I don’t see professional societies and medical organizations protesting enough or suggesting other more practical means of assessing patient outcomes. The practice of medicine deals with human beings who are imperfect and cannot be engineered around milligrams or millimeters of surrogate numbers. Patients are not cars or jets, and no matter how fascinated the insurance and government policy makers might be with exact numbers, as physicians we can never lose sight of the fact that we are treating flawed organisms: our patients.

What ESPN doesn’t tell you about MRI in professional athletes 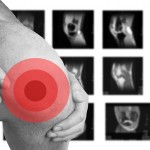 The practice of medicine is becoming a numbers game
6 comments