Neither of the two most important people in Aaron’s life could stand to be in the same room with each other.  There was a long colorful history between his ex-wife and his brother, and as his disease began to accelerate, the feuding became quite intense.  They argued over Aaron’s advance directives.  They both tried to coerce and manipulate themselves into commanding positions.  The shouting became louder, the fury more fierce.  Aaron, for his part, was fading under the colossus of his difficult to treat leukemia.  Any bit of energy left after chemotherapy was quickly snuffed out by his loved one’s bickering.

We talked in the office the day before he was to enter the hospital for the bone marrow transplant.  He was afraid.  His brother sat quietly by his side and listened intently.  A truce had momentarily been arranged.  Aaron’s ex would drive him to the hospital and keep him company until his brother got off work.  The next week was then cleaved between schedules and availability.  Each visit timed precisely in order to avoid an unexpected crossing of the two offended parties.

Everything went as planned, until it didn’t.  Hospital’s rarely run on tight schedules, and neither do people.  Before long, Aaron’s brother was angry because the chemotherapy schedule had been changed.  And his ex’s car broke down, and she couldn’t come when promised.  The inevitable chance meetings between the two became a poignant explosive metaphor for the turmoil taking place in Aaron’s body.

I walked into his room on the morning of the actual transplant.  Aaron was sitting alone in bed trembling.  He was tired and afraid.  His brother and ex had run into each other in the hospital lobby, and both left the premises fuming.  Consumed by their hatred for one another, they abandoned Aaron in his greatest time of need.

Eventually, I raced out of the hospital to drive across town to my first appointment in the office.  By now the nurses and doctors were shuffling in and out of his room.  But Aaron had no confidant: no protector from all that the cancer, chemotherapy, and the hospital had to ensnare him in.
He was alone.

A victim of a disease, mortally wounded by those purported to love him.

Real miracles: The love that we give to others

How to get your doctor to do what you want 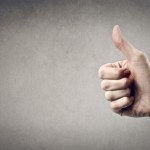 A patient, mortally wounded by those purported to love him
4 comments