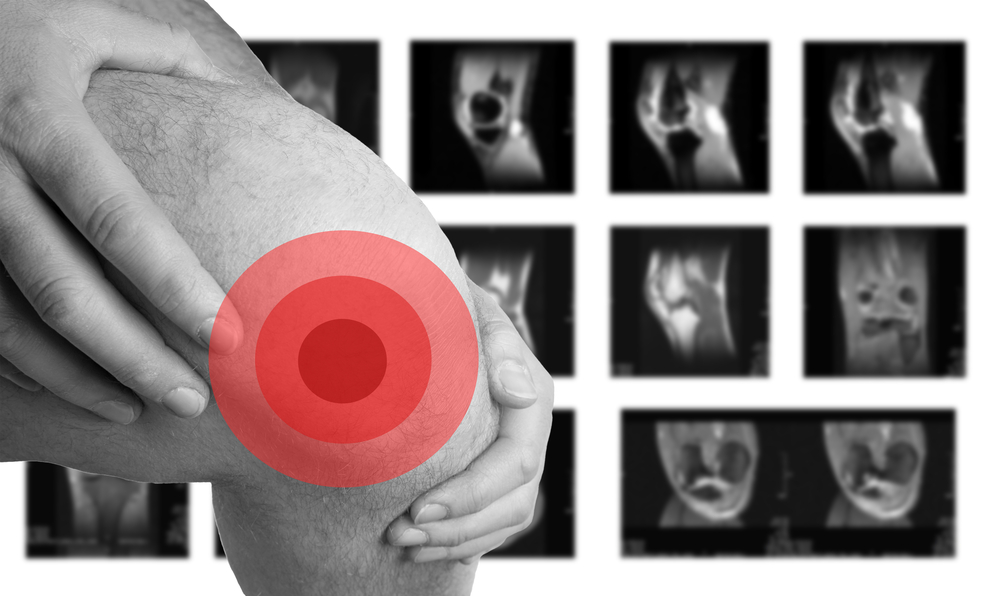 I have to admit, I’ve been excited to see radiology slowly infiltrate into the mainstream of sports.  Fifteen years ago, it was rare for the public to know when an athlete had an MRI. Now I hear people in the coffee shop saying:

“Man did you see Derrick Rose go down last night?”

“Yeah, we’ll just have to see what the MRI shows.”

In this blog, I’m going to give you some things to think about when you watch or read something on ESPN or ESPN.com about your favorite athlete’s MRI. Bear in mind, this is coming from the point of view of someone who both interprets radiology exams for a living, and is a huge sports fan (my personal favorites are college basketball and the NHL).  During any critical parts of this discussion, remember that I still love ESPN!

First a little more about the steady creep of MRI into the media’s (and therefore public’s) consciousness. Several years back, an MRI was only mentioned in the case of a truly superstar athlete (think Derek Jeter, Andre Agassi, or Shaquille O’Neal).  In subsequent years this shifted to more widespread reporting of MRI results, coinciding with the explosion in fantasy sports, particularly for football.

Then somewhere along the way, the very mention that a superstar player was scheduled for an MRI became worthy of a story.  Now it’s spread even further, when non-premier players in the major sports leagues have an MRI scheduled, this is a printable story.  A quick search on the ESPN.com site shows dozens of results for items such as “MRI planned” and “MRI scheduled.”  Again, I’m not condemning this practice.  As a radiologist, I like any mention of one of our coolest and most powerful imaging tools.

To further illustrate this point, take the case of Chicago Bears defensive end Lamarr Houston.  He is certainly a formidable presence, but I daresay still not a household name in the United States.  ESPN ran an article (DE Lamarr Houston to have MRI) outlining the simple fact that he was scheduled for an MRI the next day. (Although I concede this was perhaps more newsworthy due to the circumstances of the injury — celebrating a sack in a blowout loss!) The article even has a quote from Lamarr: “I have to get an MRI in the morning, hopefully everything is good, but we’ll see tomorrow.”

The example of Lamarr Houston’s knee brings up another interesting point about the treatment of MRI in ESPN reporting: The follow-up article (Lamarr Houston out for season) makes no mention of him having an MRI.  The article describes how Houston tore his ACL and is out for the season, but does not say the MRI was used to make this diagnosis (when obviously it was).  This is an interesting dichotomy — where the very fact that an MRI is to be performed is sometimes more newsworthy than the MRI result.

Another example of when any discussion of an MRI was conspicuously absent involves Green Bay Packers quarterback Aaron Rodgers.  As NFL fans know, Rodgers has been dealing with a left calf injury suffered near the end of the regular season.  Before the January 11 divisional playoff game, Chris Mortenson and Adam Schefter reported on air and on ESPN.com that he had a slight tear in his calf (Rodgers may be far from 100 percent).  How did Rodgers’ treatment team know this?  I’m sure he had an MRI.

(As an aside, I love the first sentence of that article: “Green Bay Packers quarterback Aaron Rodgers’ calf muscle has a slight tear in it in addition to being significantly strained, according to league sources.” The definition of muscle strain is: tissue damage/tearing. In other words, a strain and a tear are the same thing …)

Even with these occasional omissions, the steadily increasing spotlight on MRI remains intact.  Several ESPN personalities are gradually mentioning MRI more often in their reporting.  Bill Simmons, The Sports Guy, brought up Maryland NBA draft prospect Alex Len’s MRI on ESPN’s Grantland (NBA job interview: Alex Len, see bottom video).  Simmons even questioned the fact that Len didn’t get the MRI during the season when he was playing hurt.  The MRI showed a stress fracture in his left ankle, Len needed surgery, he later had surgery on his right ankle, and he made limited contributions to his rookie season in the NBA.

OK, now a little more on what to think about when ESPN reports on an MRI. In the age of fantasy sports, two essential questions dominate the discussion: 1) how long will this injury sideline the athlete? and, 2) when the player comes back, how limited will he/she be?  ESPN often treats the MRI as the sole criterion for making these determinations.  Although the imaging result is certainly a big factor, it is only one part of the equation (along with pain, physical exam, personal history, associated injuries, etc.).

Injuries are often reported on ESPN as if the impression at the bottom of the MRI report reads: low-grade partial tear of the supraspinatus tendon, return to action in 4 weeks.  But MRI reports do not put specific recommendations on an athlete’s expected time away from action.  In addition, making predictions based on an MRI alone is problematic.  In fact, even using a combination of MRI and the clinical factors above, it can still be difficult to predict when an athlete will have recovered enough to play (Chicago Bulls fans, think Derrick Rose status post knee surgery).

Another observation I’ll make about ESPN’s reporting on MRI is that they sometimes report with an artificial binary focus, that is, they treat it like a home pregnancy test: positive or negative.  I can tell you that the result is often not so clear cut.  Sure, sometimes the scan is totally normal and other times there are complete ligament tears, displaced fractures and the like.  But often there are degrees of injury, and these degrees are harder to describe to the general public.  So when ESPN reports that Tom Brady’s knee MRI is negative (Source: Tom Brady’s MRI negative), it’s probably better to take this as no new damage or no serious damage rather than truly negative.  Now I realize 30 second segments on SportsCenter or short articles are not the time for nuanced medical descriptions, but just know that oversimplification does occur.

The growth in ESPN’s reporting on MRI has not yet translated to growing exposure for radiologists, the physicians who in most cases interpret the studies and consult with athletes’ orthopedists and trainers.  I have only seen one article on ESPN.com that mentions that a radiologist is the person who looks at the images and issues a report (Sox still waiting on results on Ortiz MRI). There is an occasional mention of a famous orthopedist seeing a superstar — like when Dr. James Andrews treats Michael Jordan or when Dr. Neal ElAttrache treats Kobe Bryant — but even this is unusual. Now I’m not saying the radiologist who reads the exam needs (or wants) to be mentioned on ESPN, but it does strike me as odd when articles state that the “MRI was negative,” or that it showed “no major damage,” as if the machine itself gives the result!

The explanation for the rise in MRI-related content on ESPN may be quite simple: The producers are giving the audience what they want.  ESPN has even been adding more staff with medical backgrounds to round out their coverage of injuries, with the occasional mention of imaging tests such as MRI.  For example, in the case of the recent Aaron Rodgers’ calf injury, there is a link to an article by a physical therapist in which she describes how the calf injury may affect him in the game (Uncertainty surrounds Aaron Rodgers calf).

Now given that the exams are mostly interpreted by radiologists, and clearly the MRI result is important, wouldn’t it be great to get a description of the imaging from a radiologist on ESPN?  The radiologist could show MRI images to bring to life the type of injury that the athlete has sustained.  This would certainly deepen the public’s understanding of the imaging, and would serve to inform the public about the central role that the radiologist plays in many of these cases.  So if you’re listening ESPN, I’m here.  If you need someone, I’m your man.

The practice of medicine is becoming a numbers game