Atul Gawande is the preeminent physician-writer of this generation. His new book, Being Mortal, is a runaway bestseller, as have been his three prior books, Complications, Better, and The Checklist Manifesto.

One of the joys of my recent sabbatical in Boston was the opportunity to spend some time with Atul, getting to see what an inspirational leader and superb mentor he is, along with being a warm and menschy human being. In my continued series of interviews I conducted for The Digital Doctor, my forthcoming book on health IT, here are excerpts from my conversation with Atul Gawande on July 28, 2014 in Boston.

I began by asking him about his innovation incubator, Ariadne Labs, and how he decides which issues to focus on.

Gawande: Yeah, I’m in the innovation space, but in a funny way. Our goal is to create the most basic systems required for people to get marked improvements in the results of care. We’re working in surgery, childbirth, and end-of-life care.

The very first place we’ve gone is to non-technology innovations. Such as, what are the 19 critical things that have to happen when the patient comes in an operating room and goes under anesthesia? When the incision is made? Before the incision is made? Before the patient leaves the room? It’s like that early phase of the aviation world, when it was just a basic set of checklists.

In all of the cases, the most fundamental, most valuable, most critical innovations have nothing to do with technology. They have to do with asking some very simple, very basic questions that we never ask. Asking people who are near the end of life what their goals are. Or making sure that clinicians wash their hands.

Once we’ve recognized the recipe for really great performance, the second thing we’ve discovered is that our most important resource for improving the ability of teams to follow through on those really critical things is data. Information is our most valuable resource, yet we treat it like a byproduct. The systems we have — Epic and our other systems — are not particularly useful right now in helping us execute on these objectives. We’re having to build systems around those systems.

The third insight is that, for the most part, the issues have less to do with systems than with governance. The people who are buying these systems, installing these systems, and determining how they’re to be used… What are they responsible for? What are their objectives? We’re having to figure out how to get quality and outcomes higher on the list of priorities of everybody running health systems.

Our dumb checklist, or our incredibly sophisticated predictive analytics algorithm, or that incredibly expensive EHR system … none of those change that fundamental failure — the failure of governance. And none of them can, no matter how you design them.

Gawande raised the example of hospitalists. He asked me about my group at UCSF, which has — by focusing on performance improvement as our core mission – become a key innovation engine at our institution.

AG: I think your hospitalist example is really important. Over and over again, it’s the pattern I see: A powerful idea creates a momentum of its own. When you’ve shown that there’s an obvious better way to take care of people. It’s controversial, and hospitalists can be used in ways that destroy the original intent. I’m sure you think about this all the time.

But when it works, it forces the leadership change. Leadership didn’t create hospitalists. Hospitalists created leadership. I think that’s the way it happens.

The same kind of thing happened with anesthesia. People didn’t say, “Oh, we have to find a better way to manage the pain of patients because surgery is causing horrible suffering.” Somebody came up with an idea and demonstrated that you could relieve this problem. But it required incredible system change. You had to double the number of people working in operating rooms at a time when the United States had a lower GDP than China does today. “We’ve got a better way of doing surgery. Oh, and it will involve doubling the number of physicians you have providing the care?” Is that a great model? It was dismissed as totally non-viable, can’t work. But it didn’t matter. It was too important, and it became the driver of leadership change, rather than the other way around.

A similar thing happened with Paul Farmer. There were debates for a decade about whether you could treat HIV in poor patients. Oh, they don’t have watches, they can’t take the drugs, they can’t do this; they can’t do that. Farmer is like, “Fuck it!” I am going to Haiti, and I’m going to do it in a little old clinic in the middle of nowhere. And no, they didn’t change a whole country … but they changed a paradigm.

I think that’s the cool thing, that it’s not the technology. It was the values and the core idea that demonstrated you could accomplish this, that got you there.

I asked Gawande a question I asked most of my interviewees: Will computers replace physicians?

AG: The variousness of the health care world is pretty extreme. When we look at the way that disease presents itself, we’re moving increasingly away from science. When it turned out that lung cancer is not one disease, but rather that it’s four or five different histologic subtypes, which made it more complicated. Now we know there are 47 — and the number is growing — genes that, in different combinations, govern the behavior of those cancers. Forty-seven genes, and then you look at the multiples of different ways that people have these genes. Now we learn that the epigenetics and the expression of those genes are incredibly dependent on the environment. Did they smoke, how did that affect the genes? Did they have any kind of industrial exposure? How old are they at the time that the cancer appears?

Our cells on our little Excel spreadsheets are getting smaller and smaller and smaller. We’re getting back to the world of the 18th century “art of medicine,” where everything is becoming an “eyeball test.” The danger is that it becomes actually increasingly data-free — that every single person becomes a case of one. That becomes impossible to learn from. Period.

RW: In your work as a physician, do you think care is getting better or getting worse?

AG: It’s fundamentally because of values, more than technology. I think we’ve changed our values over time. That patient suffering matters. I remember as a surgical trainee, I was expected to inflict levels of pain that today are just not acceptable. In my first month as a resident, I went into an operation to do a rib removal on a young girl. I’d never done one before; I had a month of operating experience. A fellow was standing at the door in his scrubs, saying, “Yeah, yeah, yeah, cut there.” The attending is in another room. I didn’t know what the hell I was doing.

The culture was, even to suggest that was a problem, meant you were weak.

Gawande asked me how I perceived the training environment today – particularly the tension between the patient and the technology.

RW: The residents’ instinct about teamwork is much better than mine was. I mean, the idea of my caring about what the nurses thought just wasn’t on my radar screen. And the residents’ instinct to get back to the bedside – when they’re spending all their time on the computers, they feel this loss, and I think they’re trying to reconnect with their patients. We’re trying to create structures to allow that to happen.

But it’s hard — the residents feel they’re caught up in this world where everything they need to know is on the computer screen. That’s creating angst in their day-to-day life. You go up to the floor of the medical service in my hospital, and there are no doctors there. They come, they see the patients, and then they escape to this tribal room where all 15 residents hang out together, each doing his or her computer work. That means that many of the informal interactions that used to occur between the docs and the nurses, or the docs and the patients and their families, have withered away.

AG: Everything that they’re measured on and that defines their success happens outside the patient’s room.

AG: There’s a difference in surgery training. Everything that you’re measured on and that matters happens in the operating room. Although the patient’s asleep, the residents are having to work on their people-to-people interactions. How do you handle yourself with the nurses? How do you handle yourself with the doctors? What are your skills? They’re trying to figure it out and navigate it. It’s often a complete mystery to the students, and for a long time to the residents, too.

But except in the most egregious cases where you really piss off a patient, their success – being labeled an A versus a B – relates to “how much do I really know this patient?” It’s not getting my to-do list done for the day. Yet getting through the to-do list is the dominant task.

I closed by asking Gawande about the concept of the Quantified Self — patients wearing sensors and accumulating all kinds of personal data. While he is generally supportive of the concept, he has a concern, one that echoes the central theme of Being Mortal.

AG: I worry that we could become tyrannized by a combination of experts and sensors that have no close relationship to our priorities. That’s why I just keep coming back to the values. We’re here to alleviate suffering. I think it’s about this deeper connection we all have to something important.

Bob Wachter is a professor of medicine, University of California, San Francisco. He coined the term “hospitalist” and is one of the nation’s leading experts in health care quality and patient safety. He is author of Understanding Patient Safety, Second Edition and the upcoming The Digital Doctor: Hope, Hype, and Harm at the Dawn of Medicine’s Digital Age.  He blogs at Wachter’s World, where this article originally appeared.

Stuart Scott and his fighting words

Why other professions can't relate to medicine 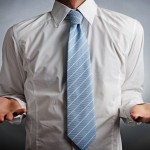