I am a doctor today because of Dr. J.W. Epstein, my pediatrician in Cleveland in the 1950s. An immigrant from the Nazi terror in Europe (it was family lore that he had escaped the Holocaust), he had trained in Vienna and spoke English with a Germanic accent. His house calls are etched permanently in my memory. His visits were heralded by a fury of activity, led by my mother. “The doctor is coming! Put on clean underwear. Clean the house.” Water would be set to boil on the stove, in case the doctor should need to sterilize a needle for an injection.

Up would drive his broken-down jalopy, which he would park directly in front of the house. No need to worry about getting a ticket. The police knew his car and would never issue a citation to The Doctor. No one — not the mayor, not the governor, not even Al Rosen, the venerated third baseman for the Indians — would have received such a royal welcome.

In he would come, wearing a suit and hat, carrying a worn black doctor’s bag. “Mudder, ver is da boy?”

“He’s in his room upstairs with a rash and sore throat.”

He would put down his bag, sit on my bed, and ask me if the teacher had sent home the homework. He wouldn’t want me falling behind in my school work. That might interfere with my becoming a doctor.

Then came the ritual of the examination. Say aah; schtick out your tongue; take some deep breaths. “Gut … gut … zounds normal” as he listened with his stethoscope, feeling gently on my belly and then finally tap on some reflexes with his tomahawk hammer. “Mudder, it’s da measles, plenty of fluids, back to school in a few days. Veel zee you in da office next fall for da usual checkup. Mudder; don’t vorry, it isn’t polio.” No time for a cup of tea today; too many other house calls for this afternoon and off he would go. The enormous feeling of relief, transmitted from my mother to me, had me on the mend in no time.

This is what I wanted to do: Be the agent of relief, the repository of medical knowledge, the most respected figure in the community. Some years later, as a teenager, I was waiting in Dr. Epstein’s office for my annual checkup before school started in September. I was surrounded by little babies, and I realized that I might be growing out of Dr. Epstein. As he was tapping on my back in the usual reassuring fashion, I said to him, “How long can you see me as a patient?”

“Until you’re a doctor.” How could I fail him?

I cannot tell you how often I think of J.W. Epstein as I practice neurology. When I look in the eyes of an anxious headachey patient with my ophthalmoscope, I mumble, barely audibly in the patient’s ear, “Looks fine, looks normal. I’m looking right at your brain. It’s not a brain tumor.” The therapy has begun. Sometimes, of course, the news is not so good, but even then I can reassure my patients that they can count on me, that I will not abandon them, and that we can take care of them, no matter what the situation demands. Even death itself is part of the physician’s portfolio.

As health care reform occurs, perhaps this can be the opportunity to recapture the spirit of Dr. J.W. Epstein. Professionalism is not a politically correct online course in cultural sensitivity. It is not shift work with decision support systems. It is not an electronic medical record or e-prescribing. It is not capitation or bundled payments. It is the commitment to lifelong learning aimed at the care of the patient. If we can help our patients to believe in their doctor’s motivations, knowledge, and commitment, we would not only save a lot of money, but we would also all feel a lot better.

Martin Samuels is a neurologist.  This article originally appeared on The Doctor Blog and Forbes.com. 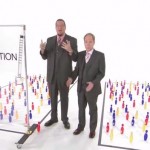 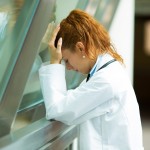 Professionalism: A commitment to lifelong learning aimed at the care of the patient
2 comments