In the United States, we train health care providers on poor people. This is no secret — most medical schools and residencies are in lower income areas. If you have Medicaid or no insurance, you are more likely to find care in an office or hospital where medical students, residents, nursing students, and other trainees rotate; Blue Cross patients don’t let interns watch their childbirth. Even though my residency emphasized continuity of care, patients often had a different resident for each appointment.

When these providers finish training, if they wish to work in underserved medicine, they might take jobs in the Federally Qualified Health Centers, or similar large facilities, where multiple providers and team members are the norm. Some facilities have a rotating set of volunteer part time doctors by design, while others use students as providers. The result is the same: Discontinuity of care in the name of making ends meet and shifting costs saved by the practice to ERs where the confused patients go in the meantime.

Here is what goes through the mind of a doctor at one of these places:

…  new patient to me, with headache, back pain, epigastric pain, constipation, and nausea. His med list already shows Ultram, Zantac, Miralax, Phenergan and 3 other meds, but he didn’t bring any today, so I don’t know what he is actually taking. I can’t understand him even with the interpreter phone. He has been here 5 times previously, and seen 4 other providers, looks like saw Dr. Kim twice, so that must be his primary doc. He says he also went to the hospital again, but I have no idea why. I’m 2 patients behind schedule… so let me try to solve one issue. I will give him some zofran. I could order some labs but maybe some were done at the hospital, so I will just try to get records, and tell the patient to make a return appointment with Dr. Kim, and bring all meds next time …

I once took a picture of 75 bottles brought to me by a relatively healthy 41-year-old Nepali man who moved here from Knoxville, where he was caught up in such a system of rotating providers. To be fair, only about 25 of the bottles seemed to be current meds, the rest had older dates or were empty or duplicates. I got records from Tennessee which showed that he had five providers in one facility and three in another. All prescribing meds. How can he ever be “compliant” with the requests of eight providers? Some docs call this “polypharmacy.” I call it “polyprovider.”

So I gave some Zofran. But the difference in my office is: When the patient came back, he saw me, because my practice is small. I have now seen the patient dozens of times in the last 2 years, and I know that he doesn’t really want the meds, he just wants a familiar face to listen to his complaints, look in his ears, and provide a reassuring authoritative medical presence for a few minutes.

The polyproviders don’t have an incentive to get to know the patient because it is likely he will see someone else next time. This culture of playing kickball with indigent patients is rampant in underserved clinics, residency clinics, and mission trips.

In another similar instance, a patient brought me 55 bottles. The prescriber names on the labels read as a who’s who of Denver’s underserved medicine and ERs. My goal with such patients is to make them feel comfortable enough and to provide enough ease in accessibility, that they might choose to keep coming to me rather than the ER or other providers. It doesn’t take many 10 min appointments to go from “I don’t know you so I will just get some labs and a CYA cat scan,” to “take the green pill you already have, and I will call you tonight to see if you are better.”

The closest clinic to mine sees less patients than mine, yet in the last year has had at least 6 providers involved in medical care (those are only the ones I know of), while another one in the works plans on having even more of a circus. Such “partnerships” and polyproviderism do not lead to better outcomes; it would be much better to just have one full-time doc at any of these places. This is not the way to honor our patients.

Here is my prescription to treat polyprovider syndrome:

1. Have medical offices with two providers, not more or less. Even the large multiprovider offices can be broken down into smaller independent doc-in-the-boxes, with unique phone and fax numbers and no centralized scheduling. Small is more personal and more cost effective to the system as a whole.

2. In Colorado, the solution to improving the communication is CORHIO, an EMR interchange system that is awesome, where I can review records from University Hospital with a few clicks. Every medical practice should be required to be on there, and it should be bidirectional, allowing even small practices like mine to upload notes. Actually this functionality is coming but would probably happen quicker with more funding.

3. To any provider in these settings: Look for ways to break down the barriers between the patient and you. Can you add or delete scheduled appointments or do you need the scheduling department to do that? Do you personally call every patient with every lab result? Can the patient call or text you and get a response within an hour, most of the time? If you feel like you can’t create such closeness with the patients, then find another place to work.

Being a medical student is a full-time job 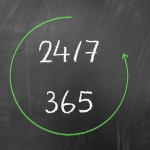 Surprise! Dr. Oz's recommendations are not supported by evidence 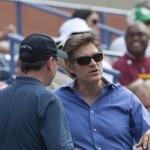