Her heart was failing; her ejection fraction was unmeasurable.  Her hip was broken, and she developed a pulmonary embolism post-operatively.  She was painfully close to death.  Yet at some point, the hospital finished and spit her out at the nursing home.

I tried to take the best history that I could.  Her answers where usually no more than a single word.  Her physical exam revealed a desperately weak woman, swollen from head to toe.  Fluid seeped out of the wounds and lacerations on her legs.

I, hopefully, clung to the one positive portion of her assessment; it appeared that her pneumonia had cleared.  I wrote my admitting note and placed a few orders.  Forty-eight hours later, her nurse called to report a low-grade fever.  I dragged myself out of a deep sleep on a Sunday morning and came to her bedside.  Her exam was unchanged,  all catheters were clean, there was no rash. Her lungs were clear and she had no new complaints.  The temperature remained a hair below one-hundred, so I sent for a chest x-ray and urine culture.

The next morning as I reviewed the labs, my mobile rang once again.  She was confused and agitated.  Her blood pressure was unmeasurable, and her heart rate was high.  An ambulance was summoned to take her to the hospital.

A few days later, I received a call from her cardiologist.  We had never met before, and he introduced himself quickly before cutting to the chase.  He wanted to know why I let his patient get so sick.  She was doing poorly and had to be put on hospice.  He commented on how she was fine when he discharged her from the hospital.  Why had we not treated her fever with antibiotics?  His smugness brimmed as he probed further.

How can we make sure this doesn’t happen again?

I was completely taken aback by his questioning.  Surely he must have known how sick his patient was.  There is no denying the mortality for an elderly person, in severe heart failure, with a broken hip (and a pulmonary embolism and pneumonia) is incredibly high.   He also likely understood that one generally doesn’t treat a low-grade fever without identifying a cause.

His diatribe was not a rational discourse on clinical care.  It was a witch hunt.  He was frustrated that his patient was dying, and he was out for blood from the physician he believed delivered subpar care.

As I felt the pulse explode in my head, I took a deep breath.  Then I thanked him for his phone call and hung up.

I felt horrible for a time.  I wished our patient could have survived.  I painstakingly re-evaluated each decision.  I gave myself credit for some and not so much for others.  Eventually, the pain abated because it had to.  Not because the tragedy had become any less, but more in order to continue to provide the best care possible to those who remain.

But I didn’t decry the accusations as toxic as they may have been.  I didn’t try to protect myself from the venom or shield my skin from the burn.  I didn’t jab or parry.

Because the other side of the pendulum is the repugnant physician who lacks insight into his own shortcomings, and believes too heavily in his own righteousness.  He blames his patients.  He blames other physicians.

He often does more harm than good.

And I don’t want to ever become like that.

You're lucky to be a patient in America. Here are 3 reasons why. 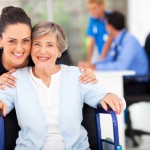 Let's be judicious in our use of surfactant

Doctors who attack other physicians
9 comments