Vivek Murthy was recently confirmed to become the surgeon general of the United States. Much of the press in the past few hours have been celebrating the political victory over the GOP objections, particularly the National Rifle Association.

But does this mean anything for the health of America? Supporters cite his medical credentials about being educated at the most prestigious institutions in the U.S. People also site his public health credentials, like his HIV/AIDS education program involving volunteers in India and the U.S.

Did you know that the surgeon general is at least 2 bureaucratic layers down from the Department of Health and Human Services Secretary Sylvia Burwell? The Surgeon General reports to the assistant secretary for health. What?

In the graphic above, you see all the “organizations that report to the assistant secretary for health.” That’s a lot of agencies with a lot of agendas in a big federal government bureaucracy. And, by the way, starting in January, to get any laws passed, you have to talk to the Republican-controlled House of Representatives and Senate. I guess you could get around that by passing more federal agency regulations.

In this politically charged society we live in now, where demonizing and name calling supersedes real dialogue and discussion, I know that I’ll take some heat from my friends for this post. Don’t get me wrong, I support Vivek Murthy, and I certainly wish him well as the nation’s surgeon general. 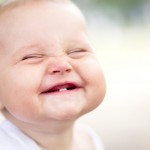 Vivek Murthy is now surgeon general, but what can he really do?
8 comments