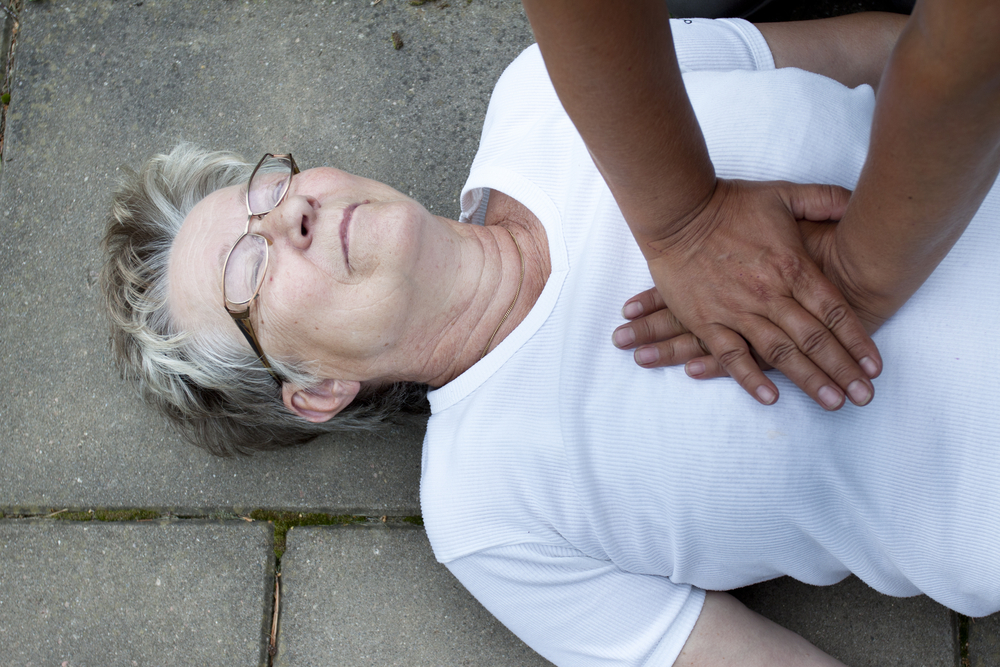 An article from the JAMA has been gnawing at my consciousness for the last couple of weeks. Dr. Prashant Kaul and colleagues out of the University of North Carolina reviewed records from hospitals in the state of California from 2008 through 2011, looking for patients who had been hospitalized with heart attacks. Specifically, they were looking for patients with ST elevation myocardial infarction (STEMI), which are generally the most damaging and deadly of the events generally known as heart attacks, due to the amount of damage they do to the heart muscle.

The authors compared patients who were already in the hospital for another reason when they had their heart attack, versus ones who were admitted specifically for heart attacks. They found that the patients who were admitted specifically for the heart attacks were generally younger and healthier, more often male, and were much more likely to survive than the ones who were hospitalized with other illnesses at the time of their STEMI. This is not terribly surprising, since people who have some other problem bad enough to put them into the hospital and then develop a heart attack on top of it are clearly at a disadvantage, even though there are cardiologists with magical potions and procedures close at hand.

What was most interesting and disturbing to me was the sheer astounding magnitude of costs associated with these groups of patients. The patients admitted for STEMI stayed an average of 4.7 days and total costs were $129,000. About 9 percent of them died. The patients who were already in the hospital at the time stayed an average of 13.4 days, their costs were $245,000 and a third of them died in the hospital.

I don’t think we should get jaded to numbers like this. This is real money, the kind of money that can buy a house in some places or at least a very hefty down payment, can support a person for years, and the co-pays on which can destroy a family financially. As a person is racking up such a bill, there are days of inadequate food and sleep, indignities of hospital gowns and waiting for someone to come with medication or to allow one to empty bladder or bowels, if it’s not already too late. And death, in 9 to 30 percent of the people thus cared for. In a hospital. This money is not buying comfort and luxury.

What costs so much? I’m not entirely sure. The interventions done on people with heart attacks include bypass operations, which are costly, but happen to very few of these people. There are the percutaneous interventions meaning high-tech catheters passed through arteries to place stents in clogged blood vessels in the heart, which are also terribly costly, sometimes as much as $40,000 for placing a tiny metal finger trap in a partially blocked artery. More stents are placed than need to be, per many studies, but an STEMI is definitely a good reason to place a stent and doing so is often life saving.

But why? Why so much money? There is nothing absolutely expensive about any of this. A little expensive, yes, but not hundreds of thousands of dollars. But the costs add up. The equipment is getting incrementally slightly better and is priced somewhere in the ozone. But it’s not about raw materials or time or any of the resources that are truly set in stone. The costs just rise to the level that we agree to pay. The many places where money hemorrhages from the system feed our vibrant health care economy. We pay huge amounts of money to insurance companies who disburse it to the entities that charge this much. If there were limits on costs, or even goals for cost cutting, I’m confident we could slim down our spending. But there aren’t and we don’t.

Heart attacks and their treatment are just a tiny piece of the picture. There are still a few good values (a needle and syringe still costs less than $1), but generally everything that has to do with health care is overpriced. I learned a new computerized medical record keeping system last week and talked at length to the trainer who had been instrumental in adopting it. I complained because it was clearly clunky and lacking in the subtleties that would have made it really useful. I asked about another program I had heard about which was looked at as the best. According to her, the “best” cost about half a million dollars per hospital bed to implement. A medium sized hospital might be 200 beds. So 100 million dollars. Apparently hospitals, hoping for efficiencies, have gone bankrupt after adopting this Mercedes Benz of medical records. And the other systems aren’t much cheaper. How is that even possible? There are almost no fixed costs in computer software. They charge this much entirely because they can.

There are no obvious solutions to this, while we remain attached to a non-centralized third-party payment system. Payment structures are changing, but slowly, and the powerful interests who make money off of this system seem to escape ideas made to dampen profits. As individuals, though, it’s important to continue to notice that things cost too much, they don’t have to, and it’s not OK.

The Supreme Court and social media: Implications for physicians

Physicians must expand the vision of their role

Why does treating heart attacks cost so much money?
6 comments