On September 4th, 2014, iconic comedian and TV personality Joan Rivers passed away due to complications following what seemed to be a routine visit to her gastroenterologist.

Up until now, a wave of speculation and mystery has surrounded her case with a trove of unanswered questions. What happened on that tragic day? What kind of procedure did she have? Was it a dangerous surgery? Who was in the room?

According to the report: “The classification of a death as a therapeutic complication means that the death resulted from a predictable complication of medical therapy.”

It happened, “during laryngoscopy and upper gastrointestinal endoscopy with propofol sedation for evaluation of voice changes and gastroesophageal reflux disease.”

At Stanford University Hospital, I am director of the endoscopy anesthesia services where we do hundreds of procedures yearly similar to the one Joan Rivers had performed by her gastroenterologist. Furthermore, as an attending physician with the ear, nose, and throat anesthesia team, I am quite familiar with the secondary procedure Joan Rivers had, called a laryngoscopy.

Sequenced below are a few points regarding these types of procedures, and important facts that may serve to prevent such unfortunate events in the future.

Anesthesiologists are not simply doctors that put you to sleep. One of the most critical aspects of their roles as physicians is their expertise in airway management and ensuring the safety of patients undergoing surgical procedures. As a matter of fact, maintaining an open airway, allowing air to move back and forth through the lungs, is their number one priority.

The complication that led to Joan Rivers’ death was laryngospasm. It is a complication where the vocal cords involuntarily close, blocking off airflow in.

As a potentially catastrophic complication, it is important to note that anesthesiologists are highly trained to counteract this type of complication with specific maneuvers, ensuring the movement of air in and out of the lungs. At this time, it is unclear whether an anesthesiologist was in the room throughout the entire procedure, whether one was called into the room once the emergency happened, or if one was never asked to be involved with the procedure from the beginning.

Originally composed in 2004 and later amended in 2009, the American Society of Anesthesiologists put together a document, “Continuum of depth of sedation,” serving as a guide that defines general anesthesia and levels of sedation.

Although non-anesthesiologists or certified nurse anesthetists are permitted to give conscious sedation at some hospitals in America, it is important to note that the depth of sedation is a fluid process, sometimes going from conscious sedation to deep sedation or even general anesthesia, very quickly.

At that point, having an advanced airway specialist is essential because the patient may not be able to breath without additional support.

An informed patient provides a safe environment. If you are having a procedure, either at a hospital or an outpatient surgery center, find out who is going to be involved in your care. Oftentimes that includes a nurse, a surgeon/endoscopist, and anesthesiologist, a CRNA or both, and surgical technicians. Each member of the team serves a role and it is your right to know who is involved in your care.

Communication is the key to successful outcomes. Prior to any procedure, it is essential that your Anesthesiologist speak with you regarding your past medical history, any prior complications with surgery, and answer any questions you may have regarding your procedure.

Even in cases where I do not anticipate difficulties, I make sure to inform my patients that in an event that he needs additional airway support, my team and I will move quickly to secure their airway, even if that requires placing a breathing tube temporarily. The preoperative time is a great window to establish rapport through good bedside manner and listening skills.

Of note, surgeons, anesthesiologists, and hospital administrations are actively working towards a model of care called the perioperative surgical home, where the patient is the center of an elaborate team-based care.

Adequately trained personnel, along with the necessary resources, such as rescue medications in an emergent event, are imperative. No matter how diligent and careful health professionals are, negative outcomes do occur and oftentimes it isn’t the fault of anyone. That said, insulating our clinics and hospitals with the tools necessary to combat unexpected complications could be the difference between positive outcomes versus a deleterious one.

News of Joan Rivers’ death sent shock waves throughout the country. As investigators work to put the puzzle together about the events leading to her eventual death, we can work collectively to help prevent these types of complications from happening in the future. Through patient knowledge and autonomy, medical providers working within the scope of their training, and mechanisms in place that maximize safety, we can work together to provide outstanding care for our patients.

Anything less is unacceptable.

Ahmed Zaafran is an anesthesiologist who blogs at Zafchat.

Ferguson: What should physicians do? 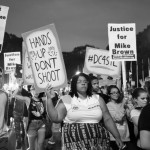 The last house call: Turning off the defibrillator

After Joan Rivers: How we can make patients safer
9 comments