Despite the furious pace of the emergency department, he sat within his private bubble of calm on a hallway cot situated just outside the entrance of room 31. He sat upright, facing the opposite direction from which I approached, with the thinning brown hair of his broad occiput splayed across the upper edge of his pillow. From this approach, I paused for several seconds to appreciate this serene, surreal view of a patient who appeared unaffected despite the scurrying of several staff and ambulance teams around him.

I had signed onto his chart hoping he would be a quick in-and-out patient among the endless sea of critically-ill patients that arrived at our doors that evening. He was 24 years old and his complaint seemed minor — diarrhea and nausea with vomiting for less than twelve hours. His care wouldn’t take that long, I figured.

I approached his right side from behind, lightly touching his right shoulder as I came to a stop beside him. He remained facing forward despite my touch.

I leaned into his ear. “Hi, Michael. My name is Dr. Jim and I will be taking care of you this evening.”

Slowly, Michael turned his face toward me. “Hello, Dr. Jim,” he answered, his voice mumbled and slurred as if his tongue were thickened and glued to his inner cheek. I strained to interpret his simple response.

Our eyes connected, his widely set in the perimeters of his orbits. Through his smudged and thickened outdated spectacles, I was able to look at magnified brown eyes, lightly speckled along the edges of their irises with black flecks. His eyes danced with glimmers of fluorescent reflections, conveying a false sense of happiness. His smile emerged in response to my smile. His eyes bore into my face, searching for a judgment that never came.

I continued to look at Michael. I smiled at him. He continued to smile at me. I soaked in his enlarged eyes, innocent and searching. I noticed his broad forehead, his thinning hair, his scant eyebrows that horizontally framed his upper eyelids. I noticed his cheeks and jawline, sprinkled with brown sparse whiskers. I noticed his poor dentition, a chipped upper front tooth demanding my immediate attention. I noticed his thick neck sprouting from his dingy white t-shirt. A thin, white hospital blanket bunched and wrinkled at his girthy midsection. Old, worn-out basketball sneakers escaped the lower portion of the blanket.

“Michael,” I said, returning my eyes to find his gaze still in the process of measuring me up, “it is my pleasure to meet you. What can I help you with tonight?”

Michael took a deep breath before exhaling his story. He wasn’t feeling well. More specifically, he was feeling tired and rundown. He felt that he was developing some diarrhea but, when I pressed for more specifics, he simply said he had “gone the bathroom three times today” instead of his typical one time. “I mean poop, Dr. Jim,” he clarified. He also stated that while eating his dinner, he felt like he “was going to puke.” He denied any further complaints as I patiently went through a list of symptoms. His actual feelings of nausea had since resolved after his arrival to our emergency department.

But this is where his story got good.

“Michael,” I said, “what specifically did you eat that made you feel like you were going to throw up?” I was trying to confirm that Michael just had an adverse effect to something that didn’t agree with him rather than developing a food poisoning or a case of gastroenteritis. Unlikely, given his symptoms were improved, but I wanted to be thorough nonetheless.

Michael went on to explain that he was just placed in a City Mission for the first time earlier in the day. He was sure that it was the food that made him “get sick.” It was simple food, he explained, “some mashed potatoes and gravy and a roll with butter and some green beans.” He paused a few seconds before adding, “And it definitely tasted better than the food in jail.”

My mind began racing to ask all of the questions that were now bustling inside my head. I went with the most obvious question first. “Michael, how do you know what food in jail tastes like?”

“I just spent forty days in jail for violating my parole. So I ate a lot of meals there.”

“Breaking and entering,” he answered, completing my sentence. I did another glance over of this person sitting in front of me.

“Michael, you didn’t hurt anyone, did you?” He assured me he didn’t. He said that he had entered a distant relative’s apartment without permission to stay overnight on the couch. His relative hadn’t taken kindly to this action, from what I could gather. Following this, he was caught stealing from a grocery store.

“Michael,” I continued, “why are you staying at a City Mission? Are you homeless?”

“Yes,” he answered. I asked him about his family. “All I have is my mom, and she can’t take me in because she is on a fixed income.”

It was at this moment, I remember quite vividly, that I excused myself for a minute from Michael. I explained to him that I wanted to find a room to perform his exam in and also go check to see if the blood work ordered on him in triage had returned. Actually, though,  I had removed myself from Michael’s interview because I had visited almost every spectrum of my emotions, from pity and sorrow to fear and shame, during our session.

After asking a nurse if she could move Michael into any available room so I could continue with my exam, I sat down at my workstation and took a deep breath. I contemplated why Michael and his history had moved me in such a way. After all, I felt quite lucky to meet so many different people from so many different walks of life. Over my numerous years as an ER doctor, I have met people that I would never have had the fortune, or misfortune (as some would say), to otherwise meet. Michael continued this path.

Michael, in his simple ways, stirred a variety of my emotions that I was having trouble reconciling. He was viewed a criminal by our legal system. I’m not naive to think that there was probably more to his story about being imprisoned. And yet, he was without a supportive family. He was homeless. He had Down’s syndrome. He was probably without hope. Ugh.

My thoughts immediately went to my sister, Susie, who has had a long and fulfilling career as a special education teacher. It was she who got me to volunteer for my first Special Olympics as a teenager. That experience, not unlike this one with Michael, had left me with many strong emotions even then. Hope probably being the strongest of them. Hope that the world treated the participants in those Special Olympics with respect and kindness and compassion and love. I thought about how Susie probably affected more lives with her hopes and dreams than what she would even give herself credit for.

As Michael’s doctor, as my sister a teacher to many of her students, as parents to any child — aren’t we all humans connected by the threads of hope on the blankets of one another’s life journey? Don’t we hope that with time and patience, with supportive attention and an abundance of love, and then with more love, each person we encounter in our lives will propel forward just from the experience of knowing us?

Was Michael propelled forward in his life because he knew these things? Did Michael’s mother ever hope for him to become a criminal? Homeless? A lost soul in the fabric of our society? I hope not. Did she hope for help in raising Michael to become the best that he could become with his abilities? Did she lose hope for Michael somewhere along his journey? Does she sit at home hoping that Michael will be found amongst the debris that has become his life? Is she so apathetic that she no longer holds any hopes for Michael at all? Did she lose hope for herself?

Did Michael ever feel hope for a future that would lead to a productive, happy life? Was he nurtured to be someone with self-worth and a firsthand knowledge of how to receive and give love? Was he surrounded by anyone who only hoped for his best?

I realized that with Michael as his story unfolded for me, I found myself hoping more and more for a better tomorrow for him. I hoped that his past hadn’t permanently damaged him. I hoped that Michael could see himself as someone of worth in our society. I hoped that people were involved in Michael’s life who appreciated his presence.

I realized that Michael was stirring hope within me …

Michael’s exam was normal. His blood work returned within normal limits. I gave Michael a sandwich, something to drink, and most importantly, I made a point to sit with him several times before his consult with social services concluded and discharge from our emergency department was completed. Adult services would be following him.

I hope he felt that we cared.

I hope my helium-filled dreams for each human I encounter will always remain a part of me. I have Michael to thank for reminding me of the important stuff. 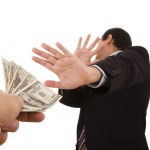 An ER patient that stirs every emotion
1 comments