This courageous physician blows a whistle on the human rights abuse in hospitals. Doctors forced to work 8 consecutive days. No sleep. No access to food. Doctor forced to work in ICU after having seizure. Is this the care you want in American hospitals?

The hospital administration and the national hospitalist company that I worked for made this agreement that the shifts would be 24 hours. And they would be consecutive 24-hour shifts. And there were only 3 of us dong this job for 365 days a year — seven on and seven off. So seven 24s (that’s a 168-hour shift!) You know, that works if you are just taking call at night, but really what it became was you’re up at the ER at night. And you would see the poor exhausted ER doc who would come on at 7:00 a.m. and get off at 7:00 p.m. while the next guy came in.

You’re exhausted too and you’re like, “They’re going home and the nurses are going home. OK, I can do another night. OK, I can do another night.” Then you are staying through and maybe you get done at 1:00 am and you’re like, “Should I eat? Should I shower? Or should I sleep? Well, you know if I shower then they might call me again from the ER.” So everything just gets let go and then you try to go to sleep and then you get called back again and then you see that ER doc and nurses are going off shift and the new army of people would come in and you’re still there. And then the same thing that night.

And it just got worse and worse. It got busier and busier. And the way that they do that is they hire J-1 visas (international medical doctors) and they’re locked into 3 years. So I was one of the very few people that was not a J-1 visa at this job. And they’re locked in. They can’t complain because they’ll lose their visa. So I tried to speak up eventually. And I waited a while to do that because I wanted to make relationships first and I waited. I stayed there for almost two years. And I finally brought it up and tried to have some meetings and tried to be politically correct and tried to document the conditions.

I slept in the hospital. I showered in a broom closet, a little closet in the CCU (cardiac care unit). The cafeteria closed at 1:00 pm so usually we’d miss breakfast because you’re on the wards at 7:00 a.m. and breakfast is at 7:00. And then you’d often miss lunch because it is really hard to get off at 12:00 p.m. to go get something to eat. And then the cafeteria was closed because it’s a small hospital so you’d have no access to food. And then you’d think, “Well, I’m gonna go out to get a Whataburger, or whatever, (which I hate eating) and then you wouldn’t get out.” And then you’d say, “Could we have access to food?” And they’re like, “Well, you outsiders, you come in and you tell us how …” It was insane.

We had case management meetings in the morning with the case management team and on a transition day if I was going off my shifts and a new doctor was coming on the shifts we would all meet together. And the case managers were all fresh because they worked an 8-hour shift. They worked hard. But if they worked over 8 hours they were on overtime. So we’re doing these 24s and they’re coming on fresh. And then their boss would say, “Oh, Dr. __ is so irritable. Why is she so irritable?”

So I’m sitting there one day. I’m just exhausted going off of a 3 or 4 day stretch and my new boss … There were only 3 of us and everybody kept leaving. The program director left so they asked each one of us if we wanted to be program director and we, of course, anyone who had smarts said, “Uh, no way.”

So who gets to be program director? It’s the newest guy who’s like 28 and J-1 visa nice-enough guy. So he comes on and he tries to manage this program in addition to being the new family medicine grad at this hospital where we were the ICU doctors. No cardiologists. No pulmonologists. Sick, sick, sick, sick, sick patients. So he’s managing all this.

He comes on to the shift and we’re having this meeting. Or maybe he was going off the shift. I can’t remember. (She believes he had been working 8 days straight.) He starts seizing. Literally seizing. You know, having a seizure. And they allowed him to work that day. In the ICU. And we are unsupervised in the ICU. It is us and only us. In fact as an internist I even got called into OB there because there’s nobody to do critical care for hemorrhages. So it was exciting, but you have got to be on your game. And I tell you what — when you have worked 36 hours you are not on top of your game and there is nobody else overlooking those cases. And, of course, the patients don’t know that you’ve worked that long. Would they fly in a plane if the pilot had been flying for 36 hours — and seizing?

United Nations Declaration of Human Rights: Article 5. No one shall be subjected to torture or to cruel, inhuman or degrading treatment or punishment. Article 24. Everyone has the right to rest and leisure, including reasonable limitation of working hours and periodic holidays with pay.

Two patient result letters: Which one did this physician send? 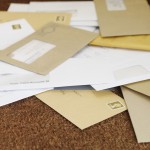 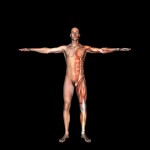