Two weeks ago, I went on an awesome vacation to Las Vegas. It was my first paid vacation of my medical career and by all accounts it went very well. I won $50 on the penny slots and got to see my old friend, the Hoover Dam. Many “Vegas vacation” lines were uttered as we walked across the dam bridge and asked all the dam questions we could think of. The other great part of taking vacation is catching up on reading, something I don’t get to do very much these days unless the words are coming out of a medical journal or a textbook.

On the flight out west, I read one of the most interesting books that I’ve come across in a while. It was called “Smoke Gets in Your Eyes: And Other Lessons from the Crematory,” written by a fascinating and hip young mortician named Caitlyn Doughty. Usually you don’t associate “mortician” with “hip,” but I feel like if she and I met, we would probably be good friends.

Before I went to medical school I briefly considered a career as a mortician. I remembered watching “My Girl” and thinking, “That doesn’t seem so bad.” It’s a stable job that just happens to be serving an unsavory section of society — the dead. Although I did not become a mortician, my preoccupation with death never quite lifted.

I think that a little part of my fascination with death is what drove me into medicine and later into pathology. Primary care is all about putting up the guard and warding off inevitable death and decay of the patient. But for me, I wasn’t afraid of corpses, even when I witnessed my first autopsy as a medical student. Nowadays when I perform autopsies, I view it as any other medical procedure, like heart surgery or a paracentesis. There is an art and a skill in it that is largely unmatched to anything else in medicine.

As Doughty points out in her book, the death of a human being has ritualistic roots in the domestic setting; but only in the recent decades has been moved to the hospital setting. According to her book, somewhere around 85 percent of families saw their loved ones and children die at a rapid pace in the early years of this century from disease and poverty. Nowadays, those people are removed from society and left to die in the hospital.

Doughty’s book resonated with me because she explores the relationships between humans and death, going into great detail about how the medical field shapes and challenges the notions of mortality. Doctors regularly promote the idea that death can be cheated and it’s something we can gain control over. Think about how many medications your patients take on a daily basis. 10? 15? The majority of these medications prolong the patient’s life, pushing the limits of staving off mortality to satisfy the notion that we can live for as long as the doctor will let us. As Doughty points out, “death represents a failure of the medical system,” and although we contend on expensive and tedious intervention to keep people alive, we don’t have the resources to properly care for our growing elderly population. Medical professionals don’t want to fail, and that’s why they continue to prescribe long past the point when the spark of living fizzles out.

Doctors deal with death in a unique way. We fight to keep our patients alive at any cost. We encourage them to keep pressing on with their lives that are riddled with disease and pain. And we feel defeated by eventual death of the patient. Why does this happen?

Doctors are taught from the early days of medical education that their own mortality is something to be feared, and this translates down to the fear of giving patients a terminal diagnosis. Doctors fear their own mortality so much that they shy away from talking to terminal patients about their disease and how they can prolong life but cannot cure the illness. This not only means that patients may not understand their diagnosis, but it’s one of the reasons that medical students do not choose to go into fields that will implore their devotion to the elderly and the incurable.

Talking about death and dying is critical for patients who are facing life-threatening illnesses. By not acknowledging mortality, we put people in the position to suffer unnecessarily. We run up hospital bills needlessly because we refuse to ask the patients what they want. We increase the need for nursing homes where patients go to wait for the inevitable. And lastly, we perpetuate the idea that death means failure of our machines and our minds.

The abundance of our resources when it comes to keeping people alive is amazing. But we must part with the idea that death is something to be feared. In the next 100 or so years, everyone that you currently know will be dead. While that might not be the best way to say it, it’s very true. Death is the inevitable last stage of life, and its pervasive presence is what keeps us creative, learned, and constantly searching for serenity and love.

Let us promise to talk about the end of life for our patients. It doesn’t have to be a situation fraught with discomfort for ourselves and our patients. Recognize that we ourselves will die someday, and that means that every day in between we will fulfill our Hippocratic Oath that we will help others and do no harm, even if that means helping patients prepare for their death. Death is not a failure of the healthcare system. Instead, death is the inescapable final step in the life cycle of any living being. We are there for people when they are born, and we can be there for people in their final moments, too.

Read books, go on vacation, see as many amazing places as you can see. And most of all, let the idea of your own mortality be the driving force behind your passions.

Elizabeth McKinnon is a pathology resident who blogs at Daily Dose MD.

Don’t look back to how medicine used to be 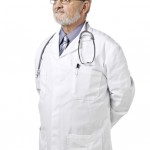