It’s been a fascinating week or so listening to everyone weigh in on which response they thought I sent to my patient. The general consensus, unsurprisingly, was that the first was far too cheeky — not to mention insulting — to effectively convey the necessary information.  The second, of course, was the one I send every day, day in and day out. Just this once, circumstances conspired to allow me to send the first.

I find it amusing to intentionally adopt a far more curmudgeonly attitude here than I would ever dream of displaying in meatspace. It’s part of the fun of blogging, which is why I’ve been doing it now for almost eight years.

All I ask is recognition that my public blog persona is different from my personal, real self.

The first message was perceived as an expression of my frustration with a patient who wouldn’t comply with recommended treatment while complaining about one of the manifestations of her condition. (There were also some interesting digressions about hypothyroidism and weight loss, none of which actually apply. Remember the first rule of blogging: anonymize! Suffice it to say that her TSH wasn’t 7; it may not have been a woman; the issue may not have been weight loss, etc.)

Here’s the thing, though: In real life, I don’t actually get frustrated with my patients. Really. I’ll admit this wasn’t always the case, however the older I get, the less I care. Not that I don’t care about my patients, but it’s become much easier to actually live the truism embodied by the old Polish proverb, “Not my circus, not my monkeys.” (In other words, my patients’ problems are not mine.) If patients don’t take their medicine, they’re the ones who live with the consequences. (I take my Synthroid.)

This particular patient was also a health care professional herself. In fact, when I read my first email aloud, my work-spouse said, “That sounds exactly like how she talks to her patients.” Because it was. She’s a cheerful, vivacious, funny, sarcastic person who doesn’t pull punches with her patients, her family, or me. When she said, “Nah, I stopped taking [the Synthroid],” it was with a sardonic smile that conveyed recognition of the fact that she was being irrational. Cost wasn’t an issue. Understanding its purpose wasn’t an issue. I don’t think she could articulate precisely why she stopped it. But she had, and here she was, back again, bitching yet again (albeit good-naturedly) about her weight.

So when the repeat blood test confirmed the condition (or at least the distinct possibility that taking the med would help) the first response kind of wrote itself. In a way, I may have been channeling her voice talking to herself. One thing I’ve learned in my own weight loss journey is that no one can be harder on me than I am on myself.

Couple of other things edited out for the sake of the blog:

After the CAPS, I added “(Sorry for shouting),” and after “Dig?” at the end, I added (“Love you”). Finally, before hitting the SEND button, I picked up the phone. I didn’t reach her, but I left a message, “Just to let you know there’s an email coming, meant to be funny, hope you don’t take offense.” The rest of it, BTW (except for the clinical specifics) was verbatim (i.e., “Big girl panties” and all).

Bottom line: She loved it. Message received loud and clear, along with a good laugh. Customized communication at its finest.

Would I ever write such a message again? Perhaps. But only if I were absolutely certain it would be received as intended, as it was this time.

Thanks again to all who responded.

Is there really a doctor shortage, and what can we do about it? 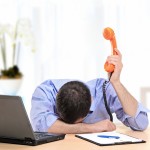