Dr. Kenneth Azar, a mentor of mine at the old Georgia Regional Psychiatric Hospital in Augusta, Georgia, told me something once that has always stuck with me.

He told me that in the early years of his practice, when he was living and working out in Idaho, that he was one of a very small handful of psychiatrists who served the whole state. If an adult with psychosis needed to be stabilized, he would write orders for medications and restraints. If a probate court hearing came up and needed testimony from a psychiatrist about the need for further inpatient treatment versus release to outpatient follow up, he would oblige. If a child was mentally ill and needed to be assessed for depression or trauma or sexual abuse, he was called on. If a forensic case could not go forward without an evaluation by a mental health professional, he would get that call too. He was basically, in this early part of his career, a jack of all trades and a master of none.

Fast forward several decades, when Dr. Azar had been on the faculty of the Medical College of Georgia School of Medicine, department of psychiatry and health behavior for a few years. He was teaching me, and a steady stream of medical students, interns and residents, all about acute inpatient psychiatry. The north unit, as we used to call our stomping grounds in those days, was the perfect backdrop for real world learning about mental illness, its diagnosis and treatment. No textbook could have ever provided the rich tapestry of mood disorders, psychosis, substance abuse, personality disorders and rapid-fire triage of mental disorders that this unit did. I probably learned more there, when I think about it now, than I did anywhere before or since in my long association with the field of psychiatry and mental health.

In those early days, I developed my love of the treatment of severe, chronic mental disorders such as bipolar disorder and schizophrenia. I have gravitated towards jobs and positions that allowed me to continue interacting with and caring for patients who have those disorders. Even on the days that I was stressed to the max, wondering how I was going to pull it all off and get the work done, I was happy in that element of chronic illness. I really did, and still do, enjoy learning more about the progression of illness over decades, how we treat it, and how we try to limit the debilitation that often comes from a lifetime of major illness that affects the brain.

Now, fast forward a few more years, past my own stints as associate faculty and mentor and teacher and lecturer to my current duties as the medical director of a busy mental health center, a clinician for four days a week during the daylight hours, and a phantom telepsychiatrist another two or three nights a week on top of that. I am still in my element, seeing chronic illness in some of my clinics that has allowed me to see how depression and psychosis and substance abuse can play out through the years and through multiple generations of the same family, all of whom I have treated.

I am now, as Dr. Azar once was those many years ago in Idaho, a child psychiatrist by default.

Now, I did my four years of residency in general psychiatry, to be sure, including a rotating internship year and a chief residency year. I learned about psychiatry as a field, including the treatment of adults, children and adolescents, mood disorders, personality disorders, substance abuse and trauma. I am certified by the American Board of Psychiatry and Neurology. I am well trained, and I have decades of experience in systems as varied as local family counseling centers to Veterans Administration hospitals to state hospital systems to the private sector.

All that being said, I have never seen so many children with so many mental health problems in so many venues presenting with such severe disease.

Children do not scare me. I do not feel uncomfortable around children. I have helped raise three of my own, I have three grandchildren now, and hope to have more in the future!

Even so, there is something quite distressing and disconcerting to me about the fact that I, and many other psychiatric clinicians like me, must now, in 2014, see, evaluate and treat children as young as two — yes, two — who might present with symptoms as disparate as mild separation anxiety to florid psychosis. I am humbled by the fact that as I get older, I know what I do not know, and I am striving to increase my knowledge base daily so that I can provide the best care I know how to my charges, adult and child.

It breaks my heart when a child tells me stories of being bullied mercilessly by his peers because he is thin or fat or smart or talented or effeminate or likes to color his hair orange.

It makes me angry to hear stories of abandonment by fathers who are nothing more than biological and care not at all for the fragile lives they help bring into the world, leaving them to flounder with overwhelmed, poverty stricken mothers ignored by political systems that simply don’t care about them.

It makes me physically ill when I hear stories of sexual trauma, rape and molestation that go on for years, with other family members turning a blind eye or simply accepting that this is how it is.

It brings tears to my eyes when the little eight year old girl in front of me tells me that she attacked her teacher because “the voice of the bad man in my head told me that I should kill her”.

I never considered myself a child psychiatrist. That was not my first love clinically. I did not seek my board certification in that specialty area. I never solicited patients who rode skateboards instead of cars and rocked Beats headphones and iPads instead of printed newspapers and transistor radios.

If I look at my schedule for the past week and read over the consults I’ve done in the emergency rooms all over the state of South Carolina in the past week, though, the picture is pretty clear.

I am a child psychiatrist whether I chose to be one or not. It’s a big part of my job and my professional life at this point, and with the shortage of child psychiatrists coming out of training programs around the country, I don’t see it changing anytime soon.

My take on this state of affairs?

I will never stop learning to be a resource to my patients, especially the small ones. I will never stop growing professionally. I will always pay special attention to the stories that the children tell me, because after all, they are our future.

I know that by seeing children who suffer from mental illness and trying my best to help, I can change the world, one little child at a time.

Is there really any more awesome reason to get up and go to work in the morning? 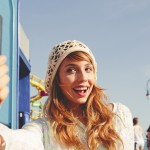 A child psychiatrist: Whether I choose to be one or not
4 comments