Cheryl loved to dance.  There wasn’t a time in our house when the the kids weren’t jumping up and down on the furniture, the radio blasting, and her body swaying in rhythm.  Ironically, we were dancing when it happened.  It was her fortieth birthday.  The kids laughed and clapped as I dipped her dramatically and she sprung back into my arms.  And then she crumpled.  Tony, my youngest, giggled hysterically thinking it was a ruse.  I clutched at her lifeless body, all muscle tone was lost.

It was the emergency room physician who first used the word “stroke.” But what does a plumber know of such things.  In my experience you could always replace the damaged or diseased part.  I clung to this naive worldview as Cheryl was transferred to the ICU.  Tony and Lisa alternated between collaborating and arguing as I held vigil at her bedside.  And we waited.

Everyday the neurosurgeon came in with worse news.  First there was bleeding.  Then an increase in brain pressure.  The nurses whispered about hospice, but no one had the fortitude to talk of such things openly.  I wouldn’t have listened anyway.  How does one give up on their lover, partner, friend?  If there is one chance in a million, wouldn’t you take it?

The conference room was full of doctors and social workers.  Tony and Lisa stayed outside in the waiting area and played with Legos.  The neurosurgeon was severe and agile, a man of action.  He described the procedure to remove part of the skull to relieve the pressure.  The internist was mousy and meek. He used numbers and percentages.  He assured that it would be OK to do nothing, to let nature takes it’s course.  I visualized Cheryl’s brain like a drain clogged and stuffed to the point of bursting.  I imagined reaching with my tools and clearing the debris.  I decided to let the neurosurgeon have at it.

The years that followed were difficult.  Cheryl didn’t die, but she never recovered either.  And each fork in the road was met with another gut wrenching decision.  Tracheostomy, feeding tube, nursing home.  Her brain severely damaged by swelling and blood, her recovery was tortuous and incomplete.

She did improve.  The tracheostomy tube was removed.  She is able to move her eyes and verbalize some.  The most coherent thing she does is cry.  Everyday, in the nursing home, by herself, she cries.  She is unable to lift her hands to wipe away the tears nor does she have the brain power to negotiate the psychological torture of her daily existence. She just knows that something is wrong.  And it cannot be fixed.

Lisa and Tony are teenagers now.  They try to visit from time to time but they are in the process of building their own lives.  They are stuck in the chasm between childhood and adult.  Their invalid mother is a constant reminder that life can be horrifying.

And I wonder if I made the right decision that day in the conference room.  Maybe we would have been better off if Cheryl died quietly in that ICU.  Maybe she would have suffered less.  But I try not to think about such things too often.

Because Cheryl, Tony, Lisa and I, were just ordinary people.

We don”t always know which way to go. 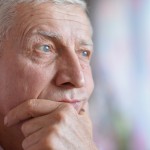 A medical student diagnosed with cancer 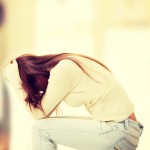 Years after a stroke, and wondering if the right decision was made
4 comments