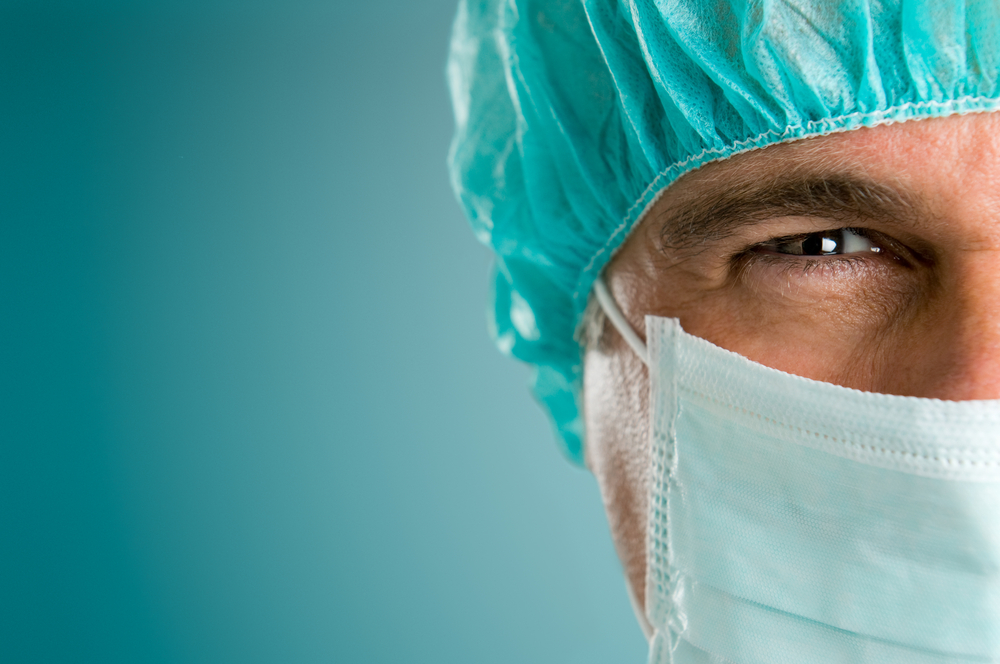 When you walk into the emergency room to see a trauma patient, do you remind yourself as you enter the doors, “Keep your game face on?”

When you finish a difficult surgery and make your way to the waiting area to review the prognosis with the family, do you tell yourself, “Take a deep breath. You can do this?”

When you steel yourself to tell one of your favorite patients some seriously bad news, do you silently whisper, “It’s going to be OK?”

As much as we would all like to believe that what we go through every day could become rote, and that we have enough armor for any insult to our system, it just ain’t true. Not always. Not every day. No way.

That game face is important. It’s not a sign of weakness to pull it out when we need it. Honest.

Let me share with you what happens when other people don’t pull out their game face at the right time.

I recall a moment when someone’s lack of composure, lack of compassion, lack of a tiny bit of pretending was so flagrantly missing that it cut me to my core.

It happened on a wintry February evening 25 years ago. I was in my residency and was called to the emergency room to see a young man, Brad, who had been driving on an icy, curvy road. He was on his way to see his fianceé, Joni, who lived several states away. Her birthday was the next day.

Brad was doing everything right. He was wearing his seat belt. Not smoking. Not drinking. Maintaining the speed limit.

But fate threw him a curve much worse than the curve on the interstate that night.

His car slid into an embankment, the car overturned, and he had a horrific degloving accident. His scalp and part of his face, including his eyelids, were literally ripped off his skull. Thankfully, his brain was intact. But his whole face was something I hope to never see again.

In those days, it was common practice to tape the trauma victim’s driver’s license on the front of the chart. I think this served as a reminder to all of us. To let us see what this person was like before he entered our world. It sent us a message: He could be our brother, our neighbor, our friend.

Brad’s driver’s license photo revealed a handsome, smiling young guy. Ready to embark on a life of love and happiness and all good things with Joni.

There was no way we could recognize that smiling image in the person we saw that evening, lying on the gurney.

He was in a state of shock, of course. And kept asking us to call Joni so she would know he had tried to surprise her for her upcoming birthday.

Brad was in the operating room for several hours. Different teams came and went, as we each tried to put him back together again in the best way we knew how. It reminded each of us to remember our why — why we went into medicine — as we worked that night. We each had to trust our instincts that we were doing the right thing.

We knew without a doubt that this was going to be a long haul for the young man, and that he would never be that same smiling, hopeful guy on his driver’s license picture.

A couple days passed. One morning Joni appeared in the hallway, anxious to see him. We tried to gently prepare her for his altered appearance. She seemed to understand, as she impatiently walked to his room. She stood for a moment outside his doorway and then entered Brad’s room.

Brad’s room was a maze of medical equipment, with IV tubing, catheters, respiratory machines, and monitors. Brad was in the middle of all that mess. He was encased in bandages, with tiny peepholes for his eyes, nose and mouth.

She took it all in very quietly. I think it sent her into a bit of shock. Even though Brad was alert and reached out his hand to her, she just shook her head and silently slipped out of the room.

We all looked down at the floor for a moment. Embarrassed for her, but wondering what we would do if we had been in her shoes.

As the days went on, Joni came back three times. Each time, she would stand at the doorway for several minutes. Hesitating, she would enter the room, slowly approaching Brad’s bedside. Then, she would look away quickly and hustle out of the room, ignoring Brad’s outstretched hand.

After a week, it was time to remove Brad’s bandages. We all hoped this would have improved his appearance. But everyone who had seen the initial insult to his face knew that it would be many months and many more surgeries before things appeared somewhat right again on his face. And our suspicions were confirmed as we slowly assisted in the tedious bandage removal and cautioned Brad not to look in the mirror for a while, reminding him gently of more reconstructive surgeries to come.

That was the last day we saw Joni. She had heard the bandages were coming off that morning. I guess she was thinking, despite our cautionary tales to the contrary, that it would be like a dramatic before-and-after story, where Brad’s face would suddenly return to the image we all saw daily on his driver’s license.

I wish I could forget what happened next. And I wish Brad could, too.

Joni walked in, upbeat, no pause at the threshold as on previous visits. She barreled in, approaching Brad’s bedside. And then, was pulled up short and let out a gasp, as she took in her beloved’s altered face.

Without uttering a word, she let out a sound that was a combination cry and scream that could be heard down the hospital corridor. She turned on her heel and ran out of the room. One of the nurses quickly ran after her, hoping to calm her and offer some morsels of reassurance.

Sadly, there was to be no reassurance. That day or any other day.

Joni left that day and we never saw her again. When someone got brave enough to ask Brad a few weeks later, Brad said she had sent him a letter, breaking up with him.

It took Brad several months and several more surgeries to climb out of that awful hole that fate had placed him in that February night. But, he managed. He turned his perspective around. He came back to visit us every now and then, thanking us for all our team had done for him.

We all learned an important lesson, a lesson about how putting on a game face can be an act of courage, an act of grace, an act of love.

And how we owe it to our patients to be at-the-ready with our game face in hand. Every day.

Starla Fitch is an ophthalmologist, speaker and personal coach.  She blogs at Love Medicine Again and is the author of Remedy for Burnout: 7 Prescriptions Doctors Use to Find Meaning in Medicine. She can also be reached on Twitter @StarlaFitchMD.

A ritual to recover the empathy toward bodies we care for