The administrator’s voice wavered as I picked up the phone.  He was calling about the nursing home patient that I admitted the day before.  While normally forthright, I could feel the discomfort in his tone as he danced around the issue.  The patient’s insurer had called.  Apparently they made an “arrangement” with the mega-ACO owned by the latest consolidation of Goliath health systems.  They wanted my patient transferred to another doctor.  Apparently the insurer now required all it’s patients to be seen by only medical group physicians.

The administrator was almost whispering now.

The truth is, if it was up to me, I would have you see all our patients!

The medical group doctor hardly ever rounded.  She was almost never available for urgent calls.  Her patients were transferred out to the hospital at the drop of a hat.  Yet, incredibly, she was managing three quarters of the nursing home population.   But the medical group physician had one advantage that trumped clinical quality or even cost of care.  She was measurable.  Her every move was recorded in an electronic medical system that could be beamed into the greedy hands of administrators, case managers, and insurers at whim.  This data could be analyzed and assessed, and spit back at her with ultimatums and extracted promises.

We sat silently on the phone at a loss for words.  The nursing home could not dare damage the fickle relationship with the ACO.  Otherwise the growing stream of patients coming from the local hospital would diminish.  It had been that way for some time now.  The threat was implicit to the arrangement.  The not so humorous unintended consequence of health care reform is monopoly.  And there is a power grab by huge expansive hospital systems for the billions of dollars, I mean patients, ripe for the picking. Physicians and nursing homes, doctors and nurses have all become pawns.  They are fodder for a game playing out around the country.

The administrator was the first to speak.

You know that the ACO will be merging with your other hospital systems soon.

He was right.  It was only a matter of time before they would be kicking me out of the nursing home business and replacing me with some no named company man.  As I began to hang up I sensed a ring of optimism bouncing over the phone line into my unwilling ear.

You might want to join the medical group, we really need you to see more patients here.

Even if no life was saved, an ER physician makes a difference 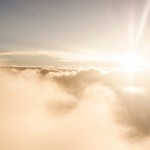 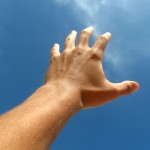 Health care monopoly: How it affects the nursing home
5 comments