Brittany Maynard has passed from this life.  This brave but unfortunate 29-year-old woman with incurable progressive brain cancer drew public attention by choosing to go public with her choice about end of life care.

“Brittany suffered increasingly frequent and longer seizures, severe head and neck pain, and stroke-like symptoms,” according to a statement Sunday night from Sean Crowley, spokesman for Compassion & Choices, a national nonprofit working to expand end-of-life options.  “As symptoms grew more severe, she chose to abbreviate the dying process by taking the aid-in-dying medication she had received months ago. This choice is authorized under the Oregon Death With Dignity Act. She died as she intended — peacefully in her bedroom, in the arms of her loved ones,” the statement said.

Her decision to post a video and promote dialogue is stimulating an important conversation.  Brittany did not want to die and felt that the term suicide did not ring true in her case.  She did not want to suffer. As the end approached she wanted to be able to die on her own terms.

In the comments to this article, many supported Brittany but a few felt that dying should not be by assisted suicide.  Indeed, with good palliative and hospice care, death with dignity is relatively rare even in the states where it is legal — Oregon, Washington, Vermont, and Montana.  About 1 in 500 deaths are by self ingestion of prescribed lethal drugs. The fears of the slippery slope leading to wider use or abuse have not materialized, but these fears are not unfounded.  I’m a little surprised that Oregon does not keep track of the “tourists” who come to their state for death with dignity.  It’s important to be transparent here.  Some critics fear the “culture of death” to such an extent that they oppose the POLST form and continue to promote the irrational fear of government sponsored death panels.

To me the positive aspects of a case like Brittany’s are not only the battle over death with dignity.  Rather, it’s a flash point to get us talking about the inevitable fact that we are all going to die.  In this conversation, we need to talk about our values, hopes, and fears.  Most importantly we need to appoint a person as our durable power of attorney for health care, because there’s a 50 percent chance we will be too sick to participate in the discussion about our wishes when we are near life’s end.

Thank you and God bless, Brittany.  You are in a better place now.  And you have left behind a legacy that we all need to have choices and have the important conversation about end of life wishes. 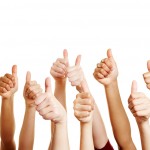 Medicine cannot be reduced to just a job. Here's why. 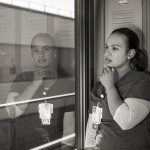