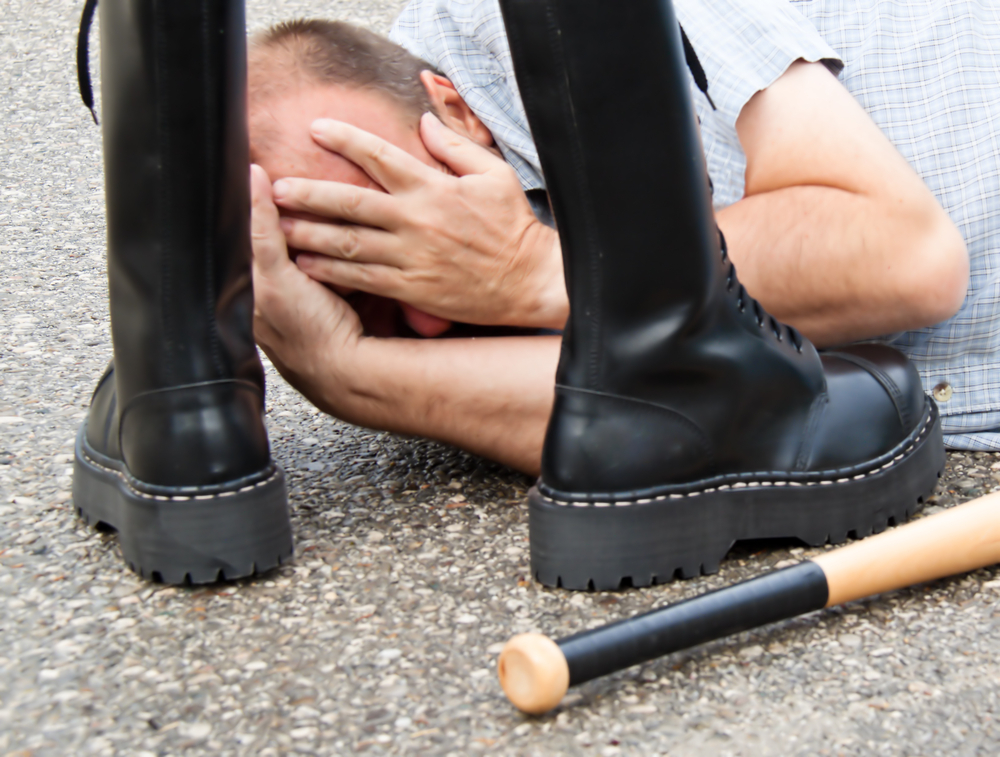 What I found most disturbing about the man’s arm was not the deep, stellate laceration on the underside of his biceps.

It was the swastika tattoo next to it.

“Sir,” I said, “we’ll have you fixed up in no time. I’m going to numb up the wound, irrigate it, then repair the laceration with sutures and send you home on antibiotics and pain medication. The nurse will update your tetanus shot. But before I start, I need to point out that I find your tattoo offensive.”

The patient, who was lying comfortably on the stretcher, looked up. He seemed surprised and somewhat startled. “Excuse me?”

“I said that I find your tattoo offensive,” I repeated matter-of-factly.

The man leaped up from his stretcher like a bear being awoken prematurely from hibernation, and stood in front of me. He was six foot four, two hundred and fifty pounds of solid muscle. He was a construction worker and had cut himself on the job while transferring large steel pipes from his truck to the building he was working on.

Staring into the man’s eyes, I felt my heart pounding against my chest. He towered over me by five inches. His neck veins were distended, and his eyes bugged.

The man held his gaze on me. The whites of his eyes had turned into the same beet red as his face. Every visible muscle tensed.

But still, he didn’t move an inch.

And neither did I.

While the man contemplated his next move, I prepared myself for the inevitable. I tried to preempt his attack. I was too close to kick, so I surmised he would strike me with one of his bulging arms.

Moments earlier I had seen him texting on his phone with his right hand. So I prepared to lean away, cross my arms in front of my face and attempt to mitigate the thunderous blow that would ensue — hoping to slow it down so the strike wouldn’t leave any permanent damage on my face.

In the end, there was no blow. The man just stared at me in anger for a few moments, then picked up his jacket and stormed out of the emergency department.

My head was a jumble of thoughts and emotions. I sat at my desk for several minutes, a single question turning over in my mind.

Was it wrong for me to voice my opinion?

There is no doubt that what I’d done was stupid and potentially dangerous. I live in Nevada, where many people choose to exercise their right to carry a concealed weapon. Anyone sporting a swastika tattoo probably lacks the ability to make good decisions. The man could’ve easily waited for me in the parking lot after my shift and shot me dead if he’d wanted.

Still, the issue for me was not whether I’d made a wise decision by telling the patient how I felt about his hate symbol, but whether I had a right to do it in the first place.

Although part of me didn’t want to treat him, the law is clear about this issue. As an ER doctor, I’m mandated to see anyone who walks through the emergency department double doors requesting to see a physician. By federal regulations, I’m required to give every person who gets triaged a medical screening exam (MSE). I’m also obligated to use my clinical skills to stabilize and treat anyone requiring immediate medical attention, no matter the patient’s race, color, gender, sexual orientation, or political affiliation. This goes for anyone, including those patients promoting the torture and death of blacks, homosexuals, Jews, and immigrants.

It’s easy to put aside my disapproval for these people during critical situations. If a neo-Nazi were having a heart attack or stroke, if he presented with a knife sticking out of his side or with any other foreign body lodged anywhere it didn’t belong, I would treat him without hesitation and keep my opinions to myself. Prior to my recent encounter with the construction worker, that’s exactly what I’d done. During the past ten years I’d kept my mouth shut every time I encountered a racist patient—whether they presented with a life-threatening medical condition or a paper cut.

My first experience dealing with discriminatory behavior in the emergency department happened when I was an intern treating a belligerent drunk with a right periorbital laceration. When I approached the patient he swung at me, landing a hard punch on my abdomen and knocking the wind out of me. Then he called me a dirty Jew.

I’m still not sure why he happened to pick on that aspect of my identity, since I’m Venezuelan by birth, French-Moroccan and Spanish by ethnicity, and American by nationality. A small part of me wanted to suture his eyelids together (or perhaps his lips). But I decided to take the high road. After chemically and mechanically sedating him, I made my best attempt at a plastics-quality laceration repair.

Most emergency physicians have witnessed racism in the workplace, whether it’s directed at them or another staff member. And, sadly, racist patients aren’t the worst people we treat. In my short career I’ve had to care for a drunk driver who’d killed the father of two infant girls, a father who’d repeatedly raped his four-year-old stepdaughter, a teenage girl who’d thrown a student down the stairs, and a man who had literally hacked his girlfriend to pieces (and who’d been transported to the ER by the police because of a small cut to his thumb that needed suturing).

I know from my years in the emergency department that many of my colleagues choose to deal with the anger elicited by these patients by practicing “passive-aggressive” or “punitive” medicine. For example, choosing to give Tylenol for pain as opposed to morphine or prescribing the most expensive antibiotic on the market for someone with an infection. I’ve even heard of a physician who gave suboptimal sedation during a painful procedure to an alleged rapist.

I understand this response. How can we as physicians not want to fight back, or at least voice our opinions, whenever we hear about the deplorable things done by some of our patients?

I can’t say I’ve ever resorted to passive-aggressive or punitive medicine. There is no place for that kind of behavior in the emergency department, even while treating racists like neo-Nazis (or rapists, murderers, child molesters, and wife-beaters). The issue at stake is not whether I should have the right not to treat a psychopath, but whether it is appropriate to express my opinion about a patient’s actions or beliefs in the clinical setting.

I felt compelled at the time to tell the neo-Nazi how I felt because I chose that day not to be apathetic. I didn’t want to remain silent. I wanted to express my anger at the man sporting a symbol of hatred, and to do so not by providing him with less than adequate care, but by speaking my mind directly.

In retrospect, though, I understand that voicing my personal beliefs, in this situation or any other, may not have been the right course of action. As physicians we are supposed to put our personal opinions aside and treat anyone requiring medical attention to the best of our abilities. As difficult as it is to separate emotion, we ultimately choose how we react. Therefore, we must be mindful of our emotional reactions and do everything possible not to act out of anger. We need to be on a higher moral plane. Sometimes that means ignoring the beliefs and behaviors of our patients as we treat them.

We all have our own biases. But patients don’t come to us for judgment, they come to us for care. We are supposed to transcend the ignorance present in everyday life and provide quality medical care to anyone seeking treatment. That’s why I was deeply saddened to hear about the story last summer of the Belgian physician who refused to treat a woman with a rib fracture because she was Jewish, and who suggested she “visit Gaza to get rid of the pain.”

There is no excuse for that type of conduct from a physician, or from anyone else for that matter. There is no place for passive-aggressive or punitive medicine. My recent experience with the neo-Nazi highlights the importance of keeping personal beliefs out of the realm of medicine. Physicians should rise above this ignorance. We should be held to a different standard because people’s lives are literally in our hands. While we are in the hospital, we shouldn’t express any of our political or personal beliefs, not to each other, and certainly not to our patients.

That’s what blogs are for.

Ebola: Resist the tendency to over-react

When treating neo-Nazis, should physicians have a choice?
23 comments