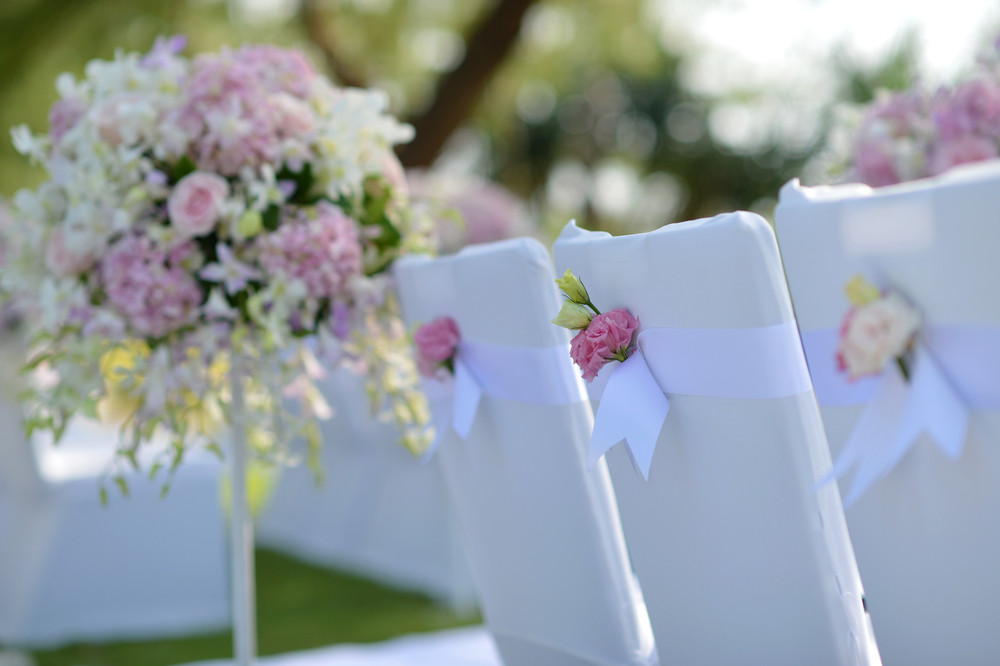 The other day, I got into an argument with my parents about choosing wedding décor — and I blame it on my surgical training.  My parents had borne the brunt of the work for the previous eleven months. allowing me to focus on my elective surgery rotation, flying to fellowship interviews, publishing my first article, and putting out the types of fires that a chief resident encounters every day.  I had felt the control of wedding direction slipping from my fingers, however, so we managed to find my only two-hour window to meet the decorator.

Things came to blows when I was asked to choose from a book of tabletop centerpieces — I flipped through each page evaluating aesthetics, impact on seated guests, photographer’s perspective and my fiance’s preference for simple and clean lines.  It took less than three seconds per image.  I closed the book, looked at the decorator, and told him which to use.  My mother and father immediately jumped on me — how could I make such an important decision so quickly? And how could I be so sure I had made the right choices? Didn’t I need more time to consider, as they did? I tried to explain that I had considered many factors and thought things out. I only had one appointment to see things in person and decide, and I couldn’t afford to stall on this one issue when we needed to move on.  In short, I had made a surgical decision.  Needless to say, my parents simply couldn’t understand.

To tell the truth, I am no longer surprised when I get this reaction — most of my friends have commented on how I make assessments on situations. To me, situations come down to what your possible actions are, and whether you choose to take those actions or “observe.” Nearly everyone I know is unaccustomed to this manner of action-based decision-making. With the exception of choosing from menus, I also tend to decide quickly and with confidence, and I rarely second-guess myself even if the outcome was less than ideal.  (This, of course, is the most annoying factor to my parents.)

It turns out this method of decision-making is well-described.  In her article entitled, “How do surgeons make intra-operative decisions?” Professor Rhona Flin at the University of Aberdeen describes the various types of decision-making utilized in real-life scenarios. Pilots, like surgeons, tend to use a two-step model, starting with situation assessment. What is the problem? This includes evaluating level of risk involved, and available time to complete assessment. If the situation is high risk with little time, an intuitive model is used. Also called recognition-primed, the decision-maker uses stored pre-compiled information and options to determine the best choice.

The next option is rule-based process, in which previously written rules and protocols dictate choice. With less time constraint, an analytical comparison is used to plan various choices with various possible outcomes. If the risk is variable to low and more time is available, a “creative” strategy is implemented in which a new option is designed to satisfy the unfamiliar situation.

Ultimately, Dr. Flin argues that situation assessment involves anticipating how the current state of events could change in the immediate future. She notes that mental projection requires a significant level of expertise, and that novices often employ rule-based process until the rules are imprinted well enough that they become recognition-primed.  In the surgical world we call this gold standard. In the wedding world, we call this tradition.

It’s clear that all four types of decision-making are utilized in the surgical world. The recognition-primed model is most often employed in an emergent situation, such as the trauma surgeon who discovers uncontrolled bleeding during an exploratory laparotomy. On the other side of the spectrum, the creative model is used by the experienced plastic surgeon, who takes her time to fashion a surgical solution to a patient’s unique problem and does not rest until she is completely satisfied.

This introduces another factor: individual style. Elizabeth Bernstein at the Wall Street Journal argues for two basic styles: maximizers and satisficers.  A maximizer takes as much time as is desired to weigh a wide range of options, sometimes including every option. A satisficer  (the amalgamation of “satisfy” and “suffice”) chooses speed over thoroughness, and quickly takes the option that meets minimum criteria. Most fall in between these two styles, leaning one way or another depending on the situation. Dr. Barry Schwartz at Swarthmore College notes that maximizers make good decisions but feel badly about them, while satisficers make good decisions and feel good about them.  As people age, they are more likely to be satisficers, since people learn that “good enough” is nearly always good enough.  This is reflected in surgical teaching — as my attendings always remind me, “the enemy of good is better.” It’s a reminder that, while seeking the perfect option, you risk dissatisfaction and even worsening the outcome.

Except, of course, in wedding planning. For me, getting married represents deep satisfaction and joy — but being a bride is like going into a very bad 24-hour call. My reflexes in deciding with intuition are probably a little faster, because surgery forces you to perfect that skill. With the overwhelming number of decisions and styles, I chose quickly because that approach felt logical. Typically, my parents don’t have trouble understanding that. They are both satisficers for many aspects of their everyday life.

But their personal and cultural value system places great importance on the final act of parenthood, their daughter’s wedding. And so they become plastic surgeons, taking the time to sculpt a perfect outcome and considering infinite options to gain that extra inch of satisfaction.  Even though we had completely different styles of decision-making, I realized how grateful I was for their perfectionist insight. And so we moved on from table décor to cake toppers.

Sangeetha Kolluri is a surgery resident.

Hospital observation status: The truth must come out