Every so often you have a patient in your practice that you sort of know, but really don’t. You’ve seen the name somewhere, but your mind draws a blank when asked about him. You may even have a vague idea of what he looks like, but if he were to bump into you on the street, you won’t even recognize him, despite the fact that you’ve been inside his heart several times.

D04495197, of course, was not his real name; his given name seemed to have gotten lost in the complexity of today’s health care delivery system. D04495197 was a name given to him by his HMO, a very successful organization backed by a very powerful national insurance company.

When patient D04495197 went on hemodialysis and disability, he received Medicare coverage and a new name, a 9-digit number followed by a letter. Shortly thereafter, when he turned over his Medicare/Medi-Cal to a new HMO, he received yet another multi-digit name.

Knowing these numeric monikers are critically important in the care of this patient in today’s medical system — perhaps more so than knowing his real name. For, without these numbers, one cannot communicate with his HMO to obtain authorization.

And yes, authorization — that coveted 16-digit number without which one cannot do any surgery, or for that matter, see the patient, do a simple EKG, or anything else whatsoever.

So, anyone’s guess is as good as mine as to why ridiculously large numbers like these may be advantageous to the operations of the HMO.

Now, let’s come back to patient D04495197. And where do I begin with this patient that I can barely remember? I had to review his scant chart to refresh my memories, as I can count on one hand how many times I’d been authorized to see him in the years I’d known him. It all began many years ago.

That day in the ER was an important turning point for patient D04495197, marking the beginning of a long relationship with hospitals, but not with his physicians, of whom he would see many more in the coming years. But due to the brief and transitory nature of these relationships, he wouldn’t remember his doctors’ names, nor would they remember his.

On that day in 2006, patient D04495197 was dying of asphyxiation. His lungs were filling up with water from severe pump failure (EF 15%). Six years before that, he saw a cardiologist (#1), who diagnosed him with an “enlarged heart,” but nothing was done for 6 years — or so the patient told me.

On that admission in 2006, a new cardiologist (#2), authorized by his HMO, evaluated him and referred him to me for implanting an internal defibrillator, an important life-saving device in patients with severe heart failure.

The busy OR schedule in hospital A delayed the surgery by several days. The hospitalist on the case, eager to reduce patient’s length of stay (an important metric by which the quality of today’s physicians are being measured), discharged the patient home.

A week later, with his HMO’s stamp of approval, patient D04495197 came back to hospital A for an outpatient defibrillator surgery.

A month later, regrettably, a problem with the defibrillator wire caused several painful shocks to patient D04495197. I immediately requested urgent authorization for surgical correction of the problem, but his HMO took over 2 weeks to approve the surgery. To further add to the delay, the hospital declined to schedule any surgery without a prior authorization number. So by the time the surgery was finally done, nearly one month had passed. But all went well in the end, fortunately.

Three years went by before I would see patient D04495197 again. During that time, his HMO denied his visits with me for routine follow-up of his defibrillator, even though the device contains complex electronics and highly specialized algorithms that require regular evaluation and management by physicians certified in the field of cardiac electrophysiology.

In 2009, three years after I implanted the defibrillator, I saw patient D04495197 in the ER of hospital B. He had received multiple defibrillator shocks for recurrent ventricular tachycardia (VT), a lethal rhythm that causes sudden cardiac arrest. A new cardiologist (#3), authorized by his HMO, initially saw him in the ER and then, realizing the gravity of the situation, enlisted my help.

As it turned out, patient D04495197 was experiencing a textbook case of “VT storm,” a situation when a patient goes into incessant and relentless runs of VT, leading to numerous defibrillator discharges. I calmed the storm down with amiodarone, a powerful rhythm control medication, and patient eventually went home.

However, after discharge from hospital B, patient D04495197 did not receive authorizations to follow up with me. In retrospect, I did not know where — or whether — this patient was receiving his follow-up cardiac care. Authorization requests from my office were denied.

Another year went by before I’d see patient D04495197 again. In June 2010, he showed up in the ER of hospital B with more defibrillator shocks. He was seen by yet another cardiologist (#4), authorized by his HMO, who, after initial evaluation in the ER, requested my consultation to help manage the complex case.

Interrogation of the defibrillator confirmed the presence of multiple episodes of VT, totaling 1,300 episodes, since the day it was implanted in 2006.

In other words, patient D04495197 had had over 1,300 “near-death” experiences in 4 years. For inexplicable reasons, patient was not taking amiodarone, the rhythm control medication I had prescribed a year prior. Furthermore, it was not clear to me who — or whether — anyone had been managing his rhythm issues in the interim.

On that admission in 2010, I put patient D04495197 back on amiodarone and recommended EP study and ablation, a procedure that can potentially eliminate the root cause of his VT. Unfortunately, the procedure was denied by his HMO because he was, at that time, admitted to a “non-preferred hospital.” He was medically stabilized and discharged a few days later, presumably to go to a “preferred hospital” for ablation on an outpatient basis — or so I had hoped.

One more year would go by before I saw patient D04495197 again. In the interim, his old HMO had been purchased by a larger one.  And by the grace of God, his new HMO authorized for me to see him in my office because of worsening heart failure.

This was the first time — in all these years that I had known patient D04495197 — that I could evaluate him, on an elective basis, in my office.

During the 5 years that I was this patient’s physician, I had seen him a grand total of 4 times, all on an emergency basis. Like any other relationship, that between a physician and a patient takes time and effort to cultivate. Sporadic visits, like the ones I had with him, cannot effectively build rapport and trust — ingredients so important in medicine.

On that September day of 2011, interrogation of his defibrillator showed that patient D04495197, for 6 months prior to the visit, had been in persistent, continuous, AF — a condition that can cause heart failure and stroke. In other words his AF had gone undetected by whoever was – or wasn’t – treating him, for 6 long months.

Immediately, I placed patient D04495197 on Coumadin, a blood thinner proven to prevent stroke in AF patients. I emphasized to him repeatedly the importance of managing his AF and instructed him to follow up closely. Regrettably, he saw me just a couple times thereafter, complaining bitterly of Coumadin, and vanished from my radar screen — once again.

Many months later, in February of 2012, patient D04495197 resurfaced in the ER of hospital B because of profound weakness. He was still in AF but not on Coumadin, the blood thinner I had ordered. In addition, his defibrillator — then 6 years old — was “beeping,” evaluation of which demonstrated battery depletion.

Three days after discharge from hospital B, patient D04495197 showed up in the ER of hospital A with worsening heart failure, and I saw him there — once again — for emergency consultation.

By this time, patient D04495197’s overall health condition had deteriorated to a critical level. Although I scheduled him for the surgery to change out the defibrillator, it was too little, too late to save the man’s life.

The very next morning, before I could do the surgery, patient D04495197 went into a full cardiac arrest and died. The man was 62.

And yes, patient D04495197 did have a name. To the rest of the world — outside of the medical industrial complex — the man was known as Antonio.

James Ong is a cardiologist.

Ebola: Who's looking out for the nurses? 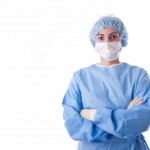 What I love about being an anesthesiologist 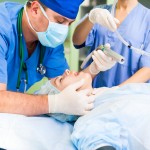 The long, tragic odyssey of a HMO patient
4 comments