The observation status problem has continued to grow both larger and worse.

My hospitalist colleagues and I are caring for patients in hospital beds in the exact same way as other patients in the hospital, but we are told that we must give them the designation called observation status.  CMS recognizes observation status as outpatient care, like seeing a patient in a walk-in clinic.

We don’t decide to make a patient observation status.  When a patient is admitted to us, someone else (who is usually not a physician) has already decided the patient is observation status.  Hypothetically, we can write an order to change that status, but we are being watched very closely, and our decision to change the status will be challenged in (almost) a heartbeat.

We are being watched by people paid by our hospitals to make sure that no patient is given acute inpatient status who might possibly be called observation status by someone else.  That someone else is the recovery audit contractor (RAC) program.  The RAC auditors are paid by the Centers for Medicare & Medicaid Services (CMS) only if they find patients that we cared for in hospital beds just like all the other patients in the hospital who we “fraudulently” called inpatients.  They audit patient after patient, with each audit requiring intensive time and resources to prepare for.  If our hospitals don’t have the resources to adequately prepare, or the resources or time (sometimes well over a year) to appeal the decisions, our hospitals sometimes just give up.  This is deemed another successful finding of fraud by the RAC, resulting in CMS paying them for their find, and delivering financial penalties on our hospital.  So we continue to be watched.

We worry that the patients in observation status will have a much greater responsibility for their hospital bills, since they are “outpatients” and thus covered by Medicare Part B — with a significant copay and no coverage for medications administered in the hospital — so we tell the patients their status.  We explain the intricacies and respond to the frustration and fear, when we want to be talking to the patients about the symptoms which brought them to the hospital, and trying to figure out if the cause of these symptoms is benign or life-threatening.

We keep giving our patients the best possible care that we can, and we hope that the truth comes out eventually.

Melinda J. Johnson is a hospitalist. This article originally appeared in The Hospital Leader. 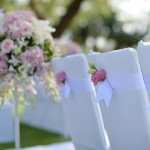 Ebola! But don't forget about the flu.

Hospital observation status: The truth must come out
32 comments