The e-patient movement represents everything that is positive in medicine today.  This grass roots force has introduced shared decision making and empowered both physician and patient.  The quality of health care dialogue has risen meteorically both in the exam room and out.  Today’s health care “consumer” is more engaged, more intelligent, and more agile at wending their way through the confusing maze of sickness and health.

It’s awfully sad that it has to come to such an abrupt end.

While you may accuse me of hyperbole, there is plenty of reason to believe that the gains made by this important and patient-centric revolution will fall victim to the machinations of health care reform.  How could legislation made to benefit the populace have such untoward effects?  Its all about intentions.

The architects of the Accountable Care Act and the mountain of legislation that will follow were faced with the difficult task of allocating scarce resources to a growing and unsustainable national debt.  Instead of an open and honest conversation of rationing, the beltway answer was to hire a group of medical ethicists to convince us that population health is more important than the doctor-patient dyad that has been the basis of medical care for centuries.  Thus physicians become the steward of the population, allocating these resources as they see fit to benefit the community.

This version of health care is the complete antithesis of the e-patient movement.   Medical decisions are not inclusive, not patient-centric, and not up for debate.  This is the ultimate form of paternalism.  “The doctor feels that your expensive chemotherapy does not sufficiently benefit society.”  There is no discussion.

Such statements would be almost laughable if not for the recent article by Ezekiel Emanuel in the Atlantic.  According to this prominent author and proponent of Obamacare, you (and society) will be better off if nature takes it’s course swiftly and promptly if you are over seventy five years old.  And why not?  Zeke tells you it is so.

The e-patient movement extols taking power away from central authorities (or paternal doctors) and placing it squarely in the hands of the patient.  Ezekiel Emanuel can’t divine your values, life goals, or interests.  How can he decide what medical treatments are right for you?

The situation worsens if we consider the new structure of our health care system.  President Obama’s self stated intention was to collect large groups of doctors into big organizations.  These organizations, he reasoned, would facilitate a team-based approach sown together by technology and the abolition of fee for service.  He reasoned that doctors on salary would be much better penny pinchers and stewards of our national piggy bank.

As we have seen across the country, the cataclysmic mergers of hospital systems has created a majority of employed physicians, strapped to computers, and mired in the bog of administrative minutia.  Patients are becoming last in a long line of mistresses.  Physicians answer first to their hospital system, next to their electronic medical record, and then comes the government.  At some point, if your physician has enough time to leave his “team huddle,” he may be able to see you a few minutes between most precious key strokes.  You are an afterthought.  There is no empowerment here.

In conclusion, I think the way forward for the e-patient movement is clear.  You have fought like bats out of hell against the paternalistic, backwards ways of the past.  It’s time for you to turn your attentions to a more sinister villain.

As Ebola spreads, what can we do to help? 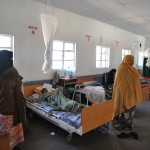 We can make a difference: Lessons from the Buckyballs recall

Why health reform will destroy the e-patient movement
42 comments