The astronauts are halfway to Mars when suddenly one of them develops abdominal pain and requires surgery. What will they do?

According to NASA, a miniature robot capable of assisting in surgery has been developed, tested in pigs, and is soon to be trialed in a weightless environment. The robot, which weighs less than 1 pound, can be inserted into the abdomen via the umbilicus and controlled remotely.

The press release from NASA said types of operations that the robot would be capable of performing were “emergency appendectomies, emergency cholecystectomies, emergency perforation of gastric ulcers [sic], and intra-abdominal bleeding due to trauma.” NASA meant to say “repair of perforated gastric ulcers.” Not surprisingly, many science reporters for media outlets, for example, SFGate and Wired UK, did not notice the error. New Scientist also missed it, but at least published a later correction.

However, even the famous da Vinci robot is incapable of performing surgery on its own.

The original idea was that a surgeon on the ground would direct the robot’s movements, but that will not be possible for two reasons. In deep space, the time lag between the earthbound surgeon’s actions and the robot’s response would be too long, and a recent article about remote-controlled drone crashes highlighted the problems that can occur when links are lost or computers malfunction.

The plan is to train the astronauts to perform minimally invasive robotic surgery on each other. What could go wrong?

If they are only going to train on simulators and then have to do real surgery in space, they will be completely lost, robot or not. I know of no simulator that can recreate the degree of inflammation accompanying some cases of acute appendicitis or cholecystitis. My experience in performing and supervising thousands of these procedures is that at times, these organs are so adherent to the omentum and other structures that dissection is very difficult.

What happens if a cholecystectomy has to be converted to an open procedure, which occurs in 10% or more of acute cases?

Good luck dealing with intra-abdominal bleeding from trauma using a miniature robot. Have you noticed that blood is not transparent? And how would an astronaut controlling a robot manage a ruptured spleen?

If the plan is for them to practice on humans, who are the subjects going to be? Would you want to have your appendix removed by someone who isn’t even a physician, let alone a surgeon?

Assuming they can be adequately trained, which I seriously doubt, how are they going to maintain their skills? A recent paper claims that cardiac surgeons’ skills deteriorate if they spend even one day outside of the operating room.

There is another issue. Because carbon dioxide must be pumped into the abdomen in order to create a space for visualization of the organs, minimally invasive abdominal surgery requires general anesthesia.

The astronauts would have to be able to intubate the trachea of their colleague, induce and maintain deep anesthesia, and of course, successfully awaken the patient.

Is every space vehicle going to have a fully equipped operating room?

I never thought about this before, but one of the biggest barriers to space travel may be medical care: specifically, surgery.

Anyway, the colonization of Mars is on the horizon. Crews of 4 are scheduled to depart every 2 years starting in 2024

Maybe only surgeons and anesthesiologists should be astronauts. Don’t forget there should be two of each in case one of them needs surgery.

P.S. I know appendicitis can be treated with antibiotics. Don’t go there.

Behind the scenes: The magic of medicine 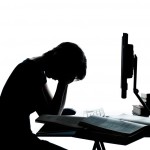