The Affordable Care Act (ACA), commonly known as Obamacare, increased the availability of FDA-approved contraception to women through cost-free coverage under the contraceptive mandate. With the exception of some religiously affiliated insurance plans and employers who are legally exempt, this mandate supports women’s access to comprehensive reproductive health care, including the most effective forms of contraception. However, an integral part of family planning was left out of the legislation: contraceptive coverage for men.

I am a family medicine physician in Seattle, WA and recently saw a man in clinic for vasectomy counseling as he and his wife decided they did not want any more pregnancies. His wife had tried various methods of birth control but was unable to tolerate the side effects. Her other medical problems left her at high risk for surgical sterilization.  However, to our disappointment, my patient soon discovered that he was unable to afford this service despite having health insurance coverage. Here he was, a man making a respectable and responsible decision to support his wife and family and trying to exercise his right to contraception, but the system failed him.

The research is conclusive: Male sterilization is safer, less-expensive, and just as effective as female sterilization.  Unlike tubal ligation, which is usually performed in a surgical center or operating room under general anesthesia, vasectomy is performed in the outpatient setting with local anesthesia. A 2012 cost analysis reported that costs for tubal ligation (U.S. $2,912) are four times more than costs for vasectomy (U.S. $708). Despite the relatively lower cost of vasectomy, many public and private insurance companies do not cover the procedure.

Insurance coverage for vasectomy varies from state to state. In Washington State, Medicaid covers vasectomy and a Medicaid waiver system provides additional coverage for individuals who do not qualify for Medicaid. However, medical waivers and coupons for vasectomy are not available in every state. A national survey study of men undergoing vasectomies revealed that 20% of men paid for their procedure out of pocket. A multi-state survey of reproductive health services covered by Medicaid found that only 37 states covered both male and female sterilization under family planning services. Even if some insurance plans do cover a portion of or all of a vasectomy procedure, men would still be subject to any co-payments, deductibles, or co-insurance associated with the procedure. These hidden costs for vasectomy counseling and the procedure can range from several hundred to a few thousand dollars, depending on the insurance plan. The cost barrier is an economic justice problem and inequitably places undue financial burden on low-income men and couples choosing this method for birth control.

Excluding coverage of male sterilization is not evidence-based and further marginalizes men from seeking reproductive services and participating in family planning discussions. Leaving men out of contraceptive decisions deliberately places the burden of contraceptive responsibility on women. As an FDA-approved sterilization procedure and one of the most effective methods of birth control, vasectomy deserves the same full coverage as female contraceptive methods. The public should ask lawmakers: Why were men left out the contraceptive mandate? What about men’s rights to no-cost contraception?

An article featured in the medical journal Contraception released a call to action for the public and healthcare providers to ask policy makers for change: inclusion of vasectomy and male contraceptives under the list of essential health benefits (a list of essential health services required to be covered by certain insurance plans established under the ACA). We are well-served by speaking out for equity and contraceptive choice for all: women and men. Contact your local legislators and encourage them to support cost-free coverage of vasectomy. It’s simply good medicine.

Ying Zhang is a family physician. 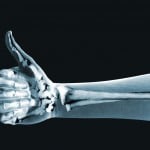 Why are men left out the contraceptive mandate?
3 comments