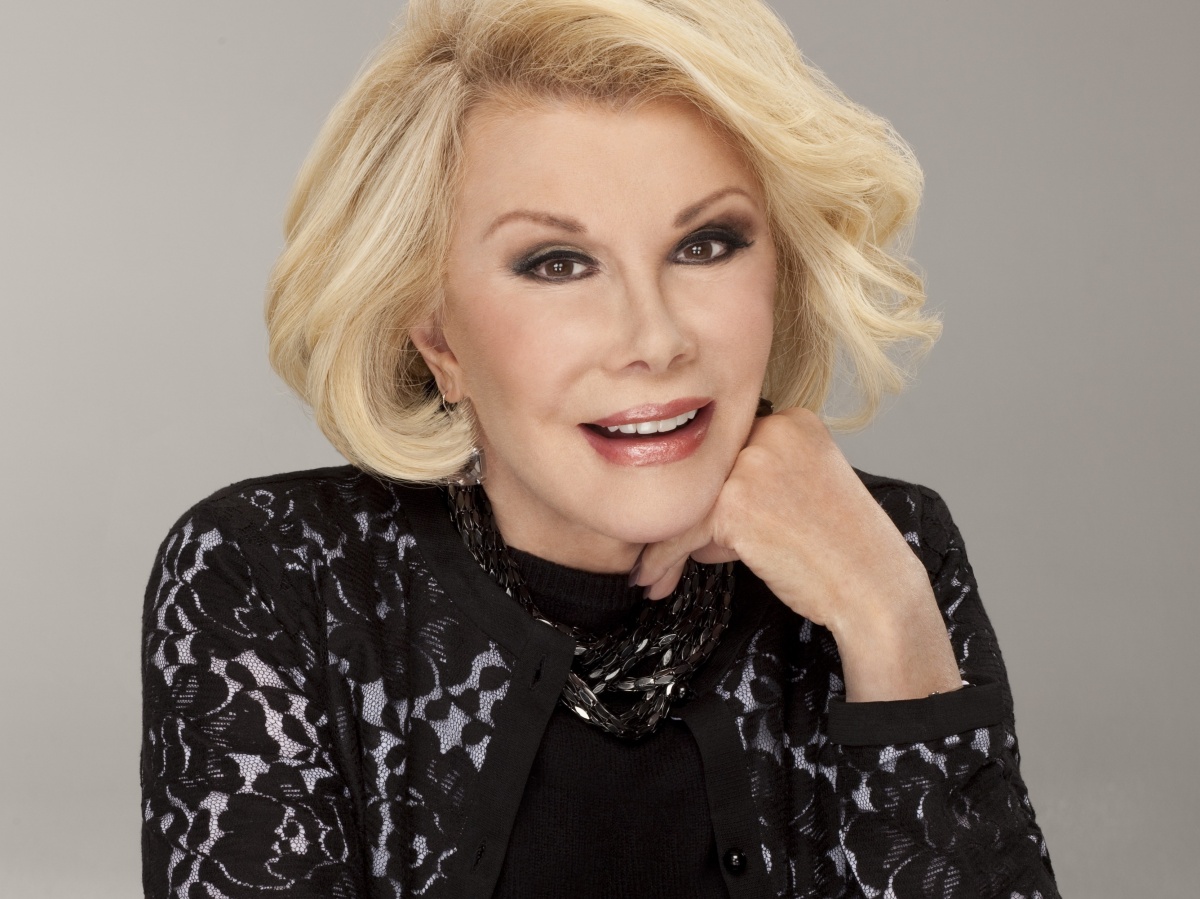 The ear, nose and throat specialist who treated comedian Joan Rivers on August 28 has been identified as Dr. Gwen Korovin, a prominent New York physician who is known as a voice doctor to many entertainers and Broadway stars including Hugh Jackman and Julie Andrews.

With a physician who is an expert in airway anatomy at her side, and all the technologic advantages of a modern clinic in Manhattan’s upper east side, the 81-year-old Ms. Rivers must have anticipated an uneventful procedure. Instead, she stopped breathing and suffered cardiac arrest. The question remains:  What went wrong?

Several sources have reported that Dr. Korovin had not completed usual credentialing procedures at Yorkville Endoscopy, and did not have privileges to do anything but observe on the day Ms. Rivers was treated.

In Dr. Korovin’s case, her attorney’s statement notes that she “maintains privileges at one of the city’s most prestigious hospitals.” Her prominence in Manhattan may have led to an assumption that her credentials at Yorkville Endoscopy were in order, although it is the responsibility of each facility and its medical director to make sure.  Dr. Lawrence Cohen, Ms. Rivers’ gastroenterologist, was the medical director of Yorkville Endoscopy at the time of Ms. Rivers’ treatment, and has since resigned.

Ms. Rivers suffered cardiac and respiratory arrest while at Yorkville Endoscopy for evaluation of why her voice was getting raspier. She was resuscitated and transferred to a nearby hospital, but died a week later after discontinuation of life support.

Initial autopsy results were inconclusive, according to CNN’s report of a statement from the medical examiner’s office, meaning that no obvious cause of death was clear, and more tests will be done.  This information appears to rule out some causes of sudden cardiac arrest such as pulmonary embolism, the formation of a large clot that stops blood flow through the lungs.

Most news reports agree that Ms. Rivers’ condition deteriorated during or after examination of her vocal cords and endoscopy to evaluate her esophagus and stomach.  It is unclear whether or not Dr. Korovin biopsied any abnormality on her vocal cords, as some sources reported.  By the time 911 was called and emergency responders arrived at the scene, news reports state that a breathing tube was in place but Ms. Rivers was in full cardiac arrest.

The fact that Ms. Rivers didn’t wake up after being resuscitated suggests that heart disease wasn’t the primary cause of her death. Patients who are resuscitated after cardiac arrest due to an arrhythmia or a heart attack usually wake up afterward.  They may experience little after-effect on brain function if they were adequately ventilated and oxygenated during the cardiac event, though the brain can’t tolerate a prolonged period of very low blood pressure.

No source has reported that Ms. Rivers ever showed signs of consciousness during her week-long hospitalization at Mount Sinai Hospital.  This fact has led to speculation that the critical event leading to her cardiac arrest was lack of oxygen, which–if true–might have been preventable, especially with an ENT specialist in attendance.

Since 2009, the state of New York has required accreditation of facilities where “office-based surgery” is performed.  Office-based surgery (OBS) is defined in New York as “any surgery or invasive procedure” performed outside a hospital under moderate sedation, deep sedation, or general anesthesia.  Examples of invasive procedures include upper endoscopy and colonoscopy, both routinely performed at Yorkville Endoscopy.  Only facilities which perform minor procedures under minimal sedation are exempt from the accreditation requirement.

It can be hard to tell the difference between an OBS facility and an ambulatory surgery center (ASC), since many of the same procedures may be performed at either.  In New York State, however, there is a legal distinction. Free-standing ASCs are governed by the same strict “Article 28″ regulations that apply to hospitals and hospital-based ambulatory surgery units.  OBS facilities are governed by a separate “Office-Based Surgery Law.”  OBS facilities in New York must be accredited by one of three organizations:  the AAAASF (American Association for Accreditation of Ambulatory Surgery Facilities), the AAAHC (Accreditation Association for Ambulatory Health Care), or the Joint Commission.

Yorkville Endoscopy has stated that it maintains AAAASF authorization to provide patient care.  AAAASF representatives made an unscheduled visit there soon after Ms. Rivers was treated, and apparently found deficiencies though the center remains open.  The New York Department of Health does notinclude Yorkville Endoscopy on its current list of accredited OBS practices, which is updated monthly.

Complicating the story further, there have been conflicting reports about the emergency resources that were available at Yorkville Endoscopy.

The AAAASF publishes a document called the “Medicare Standards and Checklist” for accreditation of ambulatory facilities. Any facility can choose what scope of anesthesia services it wants to provide:

Class C:  All the above methods of anesthesia, with the addition of inhalation anesthetics, and the option to use endotracheal intubation or laryngeal mask airways.

There isn’t much public information about what class of anesthesia care Yorkville Endoscopy elected to provide, except for one statement from the facility that it uses only “light to moderate” sedation, not general anesthesia.  However, it has been reported widely that Ms. Rivers received propofol, a favorite sedative advocated for endoscopy by Dr. Lawrence Cohen, her gastroenterologist.

The “class” selected by the facility determines what equipment and medications it should stock, and what personnel are required.  The use of propofol (Class C-M or C) requires trained anesthesia practitioners–physician anesthesiologists, anesthesiologist assistants, and/or nurse anesthetists.

Any facility that offers propofol for its patients is supposed to have airway resuscitation equipment readily available: laryngoscopes, endotracheal tubes, laryngeal mask airways, and self-inflating bags for positive pressure ventilation.  The AAAASF standards state that a facility using propofol should also have a ventilator, a tracheostomy set, and a cricothyrotomy kit for emergencies.

Any facility that offers propofol for its patients, the AAAASF says, should stock neuromuscular blocking agents.  These medications, such as succinylcholine, could be life-saving in the event of laryngospasm as discussed in my previous post.

If the recommended equipment and medications were on hand at the time of Ms. Rivers’ treatment, it’s hard to believe that an experienced physician like Dr. Korovin wouldn’t have been able to insert an endotracheal tube quickly.  Or, if Ms. Rivers’ airway was too swollen, an ENT specialist would know how to create a surgical opening in the neck (cricothyrotomy or tracheostomy) to permit emergency ventilation.  In a case widely reported last year, a physician used a pocket knife to open the airway in the neck and save the life of a California woman who was choking on food in a restaurant.

Were corners cut at Yorkville Endoscopy?  Was succinycholine immediately available?  Airway equipment?  The ongoing investigation should eventually provide answers to those questions.

Was Ms. Rivers’ celebrity status a contributing factor?  It could easily have been.   Taking care of a famous person can be a major distraction for the team, and if things are going wrong, it could make it harder for them to remain calm and focus on the critical tasks that need to be carried out.

I can vouch for the fact that it isn’t always easy or fun to take care of a famous patient. Here in Los Angeles, we get more than our share.  Many are charming and it’s a pleasure to meet them.  But some famous patients don’t want to follow rules or policies that are designed to protect them.  Some of them seem to think that having anesthesia and surgery is no riskier than a day at the spa, and don’t want to hear any information to the contrary.  Others want to dictate the details of their own medical care.  The care they get may end up beingworse than the care that the average patient receives, because normal routines aren’t followed.  This has been called the “VIP syndrome.”

If Ms. Rivers’ caregivers were distracted by all the excitement surrounding her appearance at the clinic, and the entourage that probably accompanied her, they might not have completed all their usual cross-checks of medications and equipment.  When her condition started to deteriorate, they might not have recognized it right away, or might have hesitated to start more invasive rescue methods such as intubation.

Or an unrelated problem?

At the end of the day, there is still a possibility that Ms. Rivers’ cardiac arrest had nothing to do with the physicians and staff who took care of her that day, or what emergency resources they had on hand.

Every physician knows that sometimes adverse events happen, and they are more likely to happen to older, more fragile patients.

Often, patients are advised to stop taking aspirin or blood thinning medications before a procedure, but their absence can increase the risk of a stroke caused by a blood clot in the brain.  Or, missing a morning dose of blood pressure medicine can put an older patient at risk of dangerously high blood pressure and a stroke caused by bleeding into the brain.  Either type of stroke, if severe enough, could explain Ms. Rivers’ failure to regain consciousness after she was resuscitated.

Presumably, the results of the tests done during her hospitalization have determined if Ms. Rivers suffered a stroke or if her condition was more likely the result of hypoxic brain injury.

The bottom line is that patients should consider risks and benefits carefully before consenting to invasive procedures requiring anesthesia, no matter how minor the procedure might seem.  And despite the quest to control costs, we need to make sure that ambulatory surgery facilities care for appropriately selected patients, and that they don’t pare down their equipment and medication supplies too far. 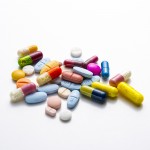