An excerpt from So Long, Marcus Welby, M.D.: How Today’s Health Care Is Suffocating Independent Physicians – and How Some Changed to Thrive.

A 30-ish public-relations executive representing a large, modern physician practice was shaking her head in puzzlement.

Her physician client liked to talk about how his practice was not “a Marcus Welby shop,” meaning that its approach and technology reflected the best the 21st century had to offer.

As she walked a visitor toward the office-building exit, she confided, “He keeps talking about this Marcus Welby. I think it’s someone he went to business school with.”

Marcus Welby, the iconic primary care physician who treated patients with inexhaustible kindness and compassion, was at or near the top of the television network ratings and a staple of ABC’s lineup from 1969 to 1976. Marcus Welby, M.D., rose to No. 1 in the Nielsen ratings in its second season, viewed regularly in about 1 out of 4 American homes. Stars Robert Young (Welby) and James Brolin, who played partner Steven Kiley, won Emmy Awards in 1971, and Young won a Golden Globe in 1972.

Predictably, most diseases could be cured within the show’s hourlong time slot. If not, Welby would at least ease the patient’s emotional burden. Young received thousands of letters from fans asking for advice on medical or personal problems.

There was some debate at the time about whether Welby’s image was good for U.S. physicians. Welby could not have been a more positive face for American medicine. However, some doctors were concerned that his tireless customer service and patient bedside manner would lead to unrealistic expectations from patients. Some even believed that Welby contributed to the rise in malpractice lawsuits.

Dr. Don McCanne, a senior health policy fellow at Physicians for a National Health Program, wrote a 2011 blog post titled, “How would Marcus Welby, M.D., fare in an ACO?”

The broader question is whether Welby would be able to function effectively under today’s government regulation and insurance bureaucracy. Welby and Kiley had one nurse/receptionist. It is no wonder that they could spend so much time with the patients. The pair comprised the ultimate patient-centered medical home—no need for National Committee for Quality Assurance certification.

During the show’s run in the late 1960s and early 1970s, physician payment from Medicare was based on a system of customary, prevailing and reasonable charges. From the mid-1970s through the mid-1980s, government implemented a series of cost controls. Nearly half of medical bills were paid out of pocket by commercially insured patients, compared with less than 10% today.

The appeal of primary care as a career seemed endless at the time. During the show’s final season in 1976, a Department of Health, Education and Welfare advisory committee predicted a surplus of 145,000 primary-care physicians by 2000.

It did not work out that way. In a 2005 survey of U.S. med school seniors, half considered limits on income and lifestyle as serious obstacles to entering a primary care practice. However, the No. 1 deterrent, respondents said, was the lack of positive role models or mentors. There were no more Marcus Welbys. Instead, about 3 out of 4 physicians between age 50 and 65 said medicine was increasingly unsatisfying, according to a 2004 survey.

Said Phillip Miller, Merritt Hawkins vice president of communications, of solo practitioners: “No one is looking for one. No one wants to be one.”

In 1973, only 15% of physicians voiced regret about their career choice — and Welby certainly embodied that sense of certainty. By 2002, more than half of physicians over 50 years old said they would not choose medicine as a career again.

Welby always seemed suspicious of specialists, so it is questionable how skilled he would have been at care coordination. However, even he moved his practice to a hospital toward the end of the show’s run.

Baby boomer physicians often deride the fact that newly minted doctors want lives that are more balanced. Many older physicians still work Welby-style 70-to-80-hour weeks. White men dominated the profession in the 1970s. Fewer than 8% of physicians were women. Women now make up about half of incoming medical school classes. Research shows that they work fewer hours, largely because of family obligations.

Ripley Hollister, Colorado family physician and Physicians Foundation board member, said: “The older ones are being pushed out (of the system). Many are pissed off and leaving. They have a different view of medicine than the new ones. Being a doctor defined who they were. It was their purpose in life. Younger doctors work maybe 40 hours a week. They see it more as employment than a profession. They have a different view about quality of life. They won’t be quite the workforce (in quantity of hours).”

Darrell Kirch, president of the Association of American Medical Colleges, believes that new physicians have a more expansive view of medicine and life, and considers that a positive development.

“I see no evidence that indicates that their ethical commitment is any weaker, that they care any less for patients,” he told the Associated Press.

New Hampshire physician and Dartmouth Medical School professor Robert Wortmann wrote: “It’s a bit unfair to consider Generation X physicians to be unprofessional. Times change and so does our profession. Marcus Welby did not have a working wife, a computer, a preauthorization clerk in his office, or a utilization review committee in his hospital. When he started practice, there were only two nonsteroidal anti-inflammatory drugs available, and hypertension was not treated until it became symptomatic. Few hospitals had coronary-care units. Compared with today’s environment, he had so few tools to work with that his most valuable patient care resource was his time.”

The spirit of Marcus Welby lives in today’s physicians. However, his business model is swiftly disappearing from the American landscape. Welby’s practice style could not survive financially in today’s medical culture: having to see one patient every 15 minutes to keep the practice open; seeking insurance preauthorization for treatment; and being office-bound.

Steve Jacob is a health care journalist and author of So Long, Marcus Welby, M.D.: How Today’s Health Care Is Suffocating Independent Physicians – and How Some Changed to Thrive.

The Affordable Care Act will face many more Halbigs

Vaginal video games: What to make of mobile Kegel apps 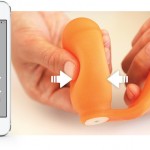