“If a tree falls in a forest and no one is around to hear it, does it make a sound?”

Chances are that many of you have duked this out with your college roommates back in the day, but how about this one? “If a doctor and a patient make an advance care plan, but when an emergency happens, nobody can find a copy of it, the proxy doesn’t know what’s in it, or nobody can figure out what it means, was there even a plan to begin with?”

Maybe this is fitting a square peg into a round hole, but you see what I’m getting at.

Medicine at the end of life is both compellingly humanistic and startlingly untidy. Six weeks into my geriatrics fellowship, I am still struck by how easily even the most well-crafted advance care plans can unravel. It’s frustrating, even tragic, and the task of successfully executing advance directives represents an ongoing challenge in our medical system. Numerous practical hurdles exist in implementing advance care plans, and certainly the difficulty of interpreting the language in such documents goes without saying. Perhaps unsurprisingly, evidence suggests that advance directives often do not guide clinicians effectively in making decisions at the end of life.

Well, allow me to add another interpretive challenge to this pile of problems: code status.

Code status? What’s the ambiguity? What’s there to interpret? DNR/DNI: Do not resuscitate.  Do not intubate. Simple, concise, definitive.

Except when it’s not. Which is often.

Here’s what I’ve gathered from personal experiences. Some physicians — let’s call them group A — view DNR/DNI as an instruction that forbids resuscitation and intubation only in the event of a cardiac or pulmonary arrest (code blue). I stress only, because there are other situations besides a code blue where intubation can be considered — for example, an impending respiratory failure that could but has not yet resulted in an arrest. This view is fairly common at my current institution. And it makes sense; after all, we call it a “code status,” so presumably it’s only providing instructions for what to do in the event of a code.

For other physicians however — let’s call them group B — DNR/DNI is interpreted as forbidding resuscitation or intubation in any emergency situation, whether it be an acute medical decline or a full-out code blue. This was more common at my previous institution, and makes sense to me too; after all, the acronym reads DNR/DNI, not DNR/DNIIECBO (do not resuscitate/do not intubate in event of code blue only).

Then there are other doctors who think that the version of what group A calls DNR/DNI (i.e., no resuscitation or intubation in the event of a cardiopulmonary arrest only, but potentially permissible otherwise) should be labeled as just DNR (without the DNI), because the action of “I” is included in the concept of “R.” And so when these doctors actually do put DNR and DNI together into DNR/DNI, it might functionally be the same as what group B is conceptualizing, although with completely different underpinnings.

Confused? Don’t worry, because that’s exactly the point, and the mess hardly ends there. I won’t even get started on code status designations such as “DNI only,” “DNR only,” or the newcomer on the block, “allow natural death” (AND), which is gaining popularity in some circles but may have ambiguities of its own.

Obviously, these differences can have massive implications for patients and physicians in times of critical illness. So how did interpreting six letters get so messy? Well, here’s one way it all can happen. For doctors in group A, a code status discussion might proceed as “Mr. X, if you were to be found without a pulse and/or respirations, and you were for all intents and purposes dead, would you want chest compressions or a breathing tube placed?”

For doctors in group B however, a code status discussion might go more like this: “Mr. Y, if you were to get very, very sick, and maybe need the intensive care unit (ICU), would you want a breathing tube placed, shocks delivered or CPR?”

These are two vastly different frameworks, but a patient answering “no” in either scenario is likely to be designated as DNR/DNI by their doctor for the subsequent hospitalization; the same six letters attempting to codify (pardon the pun) information from a complex discussion into something that can be plastered onto the spine of a patient’s chart in big, bold letters, or into a column on a signout sheet, such that someone (like a night float doctor) will know what to do if things go south.

So what happens if the code status was determined by someone in group A, but the night shift doctor is someone in group B, or vice versa? An unstable patient might end up intubated in the ICU by one physician or given comfort measures only by another, potentially countering what was initially agreed upon by the patient and the previous physician.

Doctors will argue heatedly about whose interpretation is correct or how the other is doing the code discussion completely wrong. Although I agree wholeheartedly that there needs to be more consensus about the meaning and application of these basic terms, for me the issue is less about who’s right or wrong. The issue is that we need better ways of communicating complex, individualized information about end-of-life care preferences across different providers and health care settings, especially in an era where medical care is increasingly compartmentalized. Six letters are simple and convenient, and not nearly good enough.

Dan Chen is a geriatrics fellow.

When medications devalue the opportunity to listen

Solving the mid-level dilemma: Call them what they really are 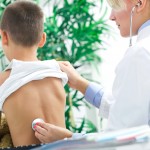