In my line of work, it’s not uncommon for a civil debate about the evidence for a cancer screening test (such as the PSA test for prostate cancer) to rapidly degenerate into the other person questioning my motives or suggesting that the real reason I oppose disseminating or requiring insurers to pay for a test is because I secretly want patients to suffer lingering and painful deaths. (“He obviously doesn’t care about truth or patients,” an academic urologist once tweeted in response to my blog post on pitfalls of screening studies.)

Another charge that screening advocates level at skeptical family physicians is that we “don’t know cancer” because we are generalists who don’t see cancer patients day in and day out. I have countered that it’s entirely possible to care for patients who die from cancer and still require high-quality evidence of net benefit before widespread adoption of interventions that might prevent such deaths.

This begs a larger question, though: How can any physician or researcher who has never personally suffered from cancer claim to “know cancer”? Is it enough to have spent years or decades studying the epidemiology, diagnosis, and/or treatment of a particular type of cancer? Must one have diagnosed or treated a certain number of persons with cancer? Or can one only know cancer though enduring the trauma of having an afflicted parent, sibling, child, or spouse?

Dr. Peter Bach, a pulmonologist and epidemiologist at Memorial Sloan Kettering Cancer Center in New York City, holds the unfortunate distinction of being able to answer “yes” to all of the above questions. He is a nationally recognized expert on lung cancer, leading a 2012 systematic review on the benefits and harms of low-dose CT screening that informed recent guidelines from the American Cancer Society and the American College of Chest Physicians (which he also co-authored). Dr. Bach has also been one of the few voices of caution regarding the U.S. Preventive Services Task Force’s sweeping recommendation for annual lung cancer screening in heavy smokers age 55 and older. Here is his trenchant explanation of why the Task Force should not have relied on decision models to extrapolate beyond empirical evidence from screening trials:

The Task Force seems to have looked for findings where there was “consensus” between the models as a way of overcoming the heterogeneity between them. However, because they are starkly different on so many fronts, looking only for the overlap is reminiscent of the Texas sharpshooter and the fallacy that accompanies him. The sharpshooter shoots first at the barn and then draws the target around the greatest cluster of hits.

What has made Dr. Bach a household name in the cancer community is none of these things, however. Instead, it is his moving article about losing his wife, Ruth, to metastatic breast cancer in New York Magazine, “The Day I Started Lying to Ruth.” Although I have long respected Dr. Bach for his incisive scientific publications, this was the first time I’d read him writing this personally (he also authored a series of blogs in the New York Times in 2011 about Ruth’s cancer diagnosis). One passage jumped off the page at me as a perfect illustration of hope overwhelming evidence when a loved one is suffering:

As he [Ruth’s oncologist] wrote out the prescription for her to start the next treatment, what doctors call “second-line treatment,” I recalled a colleague of mine explaining the progression from first-line to second-line to third-line treatment. Each successive change brings more side effects with less chance of benefit. As my colleague put it, the cancer gets smarter, the treatments get dumber. Somewhere in this progression the trade-off no longer makes sense. Where that is may differ for each patient, but I’ve often thought that cancer doctors go well past that point.

None of that mattered to me, the medical professional to whom all these nuances and trade-offs should. All I could think about was the blood test telling us the tumor marker was too high. With that, any dreamy conceit — that patients should be given enough knowledge that they can weigh the risks and benefits for themselves, then come to the choice that best suits them — flew out the window. Our choice wasn’t a choice. Take the chemo.

There is no doubt in my mind that Dr. Bach would, in a heartbeat, exchange any moral authority he derives from having “known cancer” in this intimate way to have his wife back. All of us involved in confronting cancer in all its forms — specialist and primary care clinicians, advocates, patients, family and loved ones — know cancer in different ways, and none should be held up as inherently superior to any other. In debates about cancer screening, we may disagree about “truth,” but like Dr. Bach, we all care about patients.

HealthKit and the Health app: A game-changer for doctors? 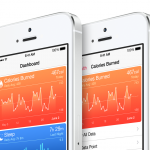 Why do we think more care is better for us?