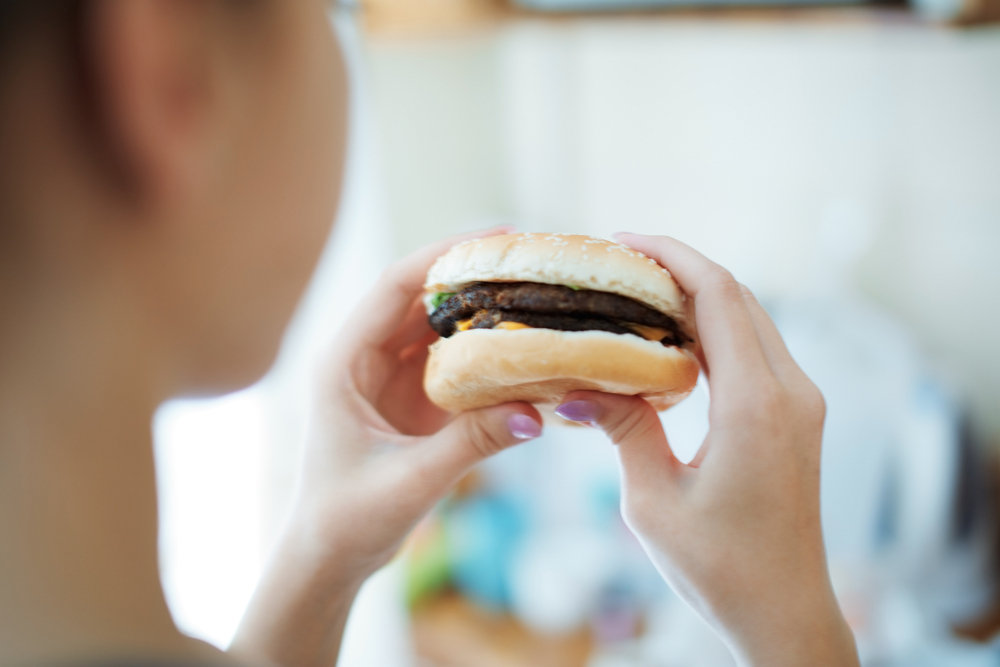 There is, of course, stuff we can chew and swallow that isn’t food. Play-Doh comes to mind. As does Silly Putty.

My thoughts turned to those substances, among others, when my friends at Time magazine asked me recently to opine on the suggestion that junk foods should carry warning labels. My first inclination was: No, that’s too much. But then it dawned on me: Is anything that is a legitimate candidate for a warning label a food in the first place?

I looked up the definition of food, and the first one I found was this: “Any nutritious substance that people or animals eat or drink, or that plants absorb, in order to maintain life and growth.” That in turn implies that non-nutritious substances that, say, gum up our coronary arteries, pad our adipocytes, or rot our teeth might not qualify.

The suggestion about warning labels came at the World Health Organization’s 67 World Health Assembly. The case was made that junk food is even more damaging to public health today than tobacco, and that warning labels should be posted accordingly on the implicated foods.

The argument that junk food (whatever, exactly, that is) does more damage globally than tobacco is far more defensible than it may at first seem. As far back as 1993, we knew that the combination of eating badly and lack of physical activity was just behind tobacco on the list of leading causes of premature death (and chronic disease) in the United States. When the analysis that produced that original list was repeated a decade later, that gap had narrowed — due both to less smoking, and ongoing neglect of both feet and forks, with worsening epidemics of obesity and diabetes to show for it.

Related studies have been published with regularity ever since, showing again and again and again, in populations around the globe — that eating badly and inactivity are exacting an enormous toll. Both have now been implicated among the leading causes of premature death and chronic disease worldwide. So that case can be closed.

What, then, of warning labels?

Well, the libertarians among us, and that portion of libertarian in all of us, are likely inclined to balk. In fact, the balking began before ever the talking on the subject had concluded. The basic gist here is this: “Don’t tell me what to eat!” And, of course, resistance to intrusions by Big Brother inevitably invite slippery-slope paranoia: If the government can tell me what food I shouldn’t really eat, what’s to stop them from telling me what food I must eat? The next thing you know, breakfast is prescribed by the Feds and administered by military police.

I understand the objections. But I don’t think they hold up. And in fact, I want to make the case that a skull and crossbones on a package of “toaster pastries” or multicolored marshmallows masquerading as part of a complete breakfast (what part, I’ve always wondered?); or a day’s supply of sugar dissolved in caramel-colored liquid; or something that once resembled animal flesh that has now been processed into a concoction of meat, sugar, salt and carcinogens — does not go nearly far enough.

After all, we are talking about food. And food should be … well, food.

Tobacco is tobacco: There is no way around that. None of us has to smoke, and those of us who do are exposed to the intrinsic harms of tobacco. We deserve to know what those are, and how significant. This is really no different than providing just such information about pharmaceuticals. I doubt even the libertarians object to disclosures about the potential side effects of pharma’s offerings. In fact, I suspect the libertarians may feel particularly entitled to just such information.

Tobacco and alcohol are the same. They are drugs, albeit drugs used recreationally. They come with intrinsic dangers, and the consumer has a right to know about them.

But as noted, I don’t think the “unless you want to die slowly and painfully, don’t eat this food!” label goes far enough. Because unlike tobacco or alcohol, or drugs used to treat disease, food is supposed to be good for us, not bad. It is supposed to be sustenance, not sabotage.

We are, truly, what we eat — using the nutrient components of food to reconstruct ourselves from our molecules on up every day. Consider, in particular, that food is the one, only, literal construction material for the growing body of a child you love. How we ever got the notion that junk food – out of which we are growing our children — was cute, or innocent, I have no idea.

You can’t smoke tobacco and avoid tobacco. You can’t drink alcohol and avoid alcohol. But you can eat food and avoid junk. There is, in fact, an impressive range of overall nutritional quality in almost every food category — so we could abandon junk food altogether, and quickly learn not to miss it.

In my opinion, that’s what we should do. Despite thinking at first that warning labels might go too far, I wound up realizing they wouldn’t go nearly far enough. Junk should never have been glorified as a food group in the first place. So sure, let’s apply some objective method to determine what foods warrant a scarlet “J,” but then, let’s eradicate them — because they aren’t food. We can sell them for something else — like spackling, for instance. But food ought to be food, not junk. It’s silly to have “don’t buy this food” labels on food we keep selling as … food. If it warrants the warning, it really doesn’t qualify. There are alternative products that do in every case.

Which might, I suppose, put me at odds with the libertarians. What else is new.

But frankly, even they should object to the false advertising involved in marketing junk as food. Besides, they can still smoke and drink.

Duty-hour regulations do not define me as a doctor