The idea behind surgery is a really simple one: You come to me with a specific problem, I fix it, you go away happy. And when you come back, you’re still happy. What’s so wrong with that? If I wanted to be miserable, I’d have gone into primary care.

When a surgeon screws up, his/her role is clear: Admit it, make it better, or as good as possible, and stick with it as long as it takes. But what about when you don’t screw up, and the patient is still unhappy? As I indicated last time, in some ways that’s the most difficult situation of all. Once again, it’s complicated: There are bad outcomes or side-effects that result from well-thought-out and well-carried-out surgery; and there are, well, who knows exactly what they are…

As an example of the first sort: It’s possible nowadays, with certain beautifully engineered staplers, to remove a rectal tumor and hook the colon right down to the anus, sparing the patient from a colostomy that would have been a certainty a couple of decades ago. When approaching such an operation, I would always tell the patient that there could be difficulty controlling the bowels, temporarily or, rarely, permanently. Converting to a colostomy later is an outside possibility.

Likewise, it’s not rare for a circular staple-line to scar down to a point where it could need dilating, which is usually a simple office procedure but occasionally requires an anesthetic. Those things are, in fact, pretty straightforward: If the problems occur, the patient might be uncomfortable for awhile (or in the case of poor bowel control, miserable). But it’s a known thing, and not reflective of operator error. And there are fixes. If I’d ever had to convert a hook-up to a colostomy later (I never did), I’d have felt bad for the patient, and no doubt would have encountered disappointment. I could handle it without feeling like a screwup, and likely without losing the patient’s trust.

Somewhere in between this and the most miserable circumstance, is the patient who doesn’t get better. Early in my practice days, I did a textbook perfect thyroid operation for a young man with Grave’s disease (overactive thyroid). Taking out most of his thyroid, successfully avoiding the minefields of damage to laryngeal nerves or parathyroid glands, leaving him the perfect (according to my training) amount of residual gland with which to live without the need for thyroid hormone replacement pills, I felt great about the whole thing.

Six months later, it was as if he’d never had an operation: big neck again, and all the symptoms. For me it was like falling off a nice sailboat into icy water. (And it led me to decide that people are better off taking pills than having a relapse; so I began — without any regret — to remove essentially the whole gland for all my future patients. Hell with what I’d been taught.) Faced with re-operation — more dangerous the second time around — he opted for radiation, which he’d strenuously rejected as an option initially. Feeling bad is bad. I guess it’s better than feeling guilty; but I didn’t like seeing the look on his face. Knowing I did everything right doesn’t change the sense of failure. To me, it’s like a robbery: I feel great about it, I have every right to, and then suddenly it’s all upside down. “Gee, I hope you know I did everything right” is what I want to say. But I don’t.

Sometimes a proper operation makes things worse. Known side effects, like dumping syndrome: It’s like playing great odds and still losing. These can be the times when the surgeon sends the wounded patient back to his primary care doc — or with dumping, to the gastroenterologist — creating ill will all around: Surgeons just operate and leave the problems to someone else. It’s where the stereotype was born, I’d say. In my practice at least, it’s an unfair characterization: I’d do everything I could for as long as I could. But there comes a time when other expertise is likely to be better; when it does, it looks — and feels — bad.

And what of this: I operate, I fix the problem, make it gone. But the patient isn’t happy: I can’t sleep, he says; I get headaches all the time; my bowels are messed up. I’m sweating. Ever since the operation, I’ve been impotent, anorgasmic. My incision still hurts. It’s a long and frustrating list, and it’s likely eventually to lead to an unhappy parting of the ways. “Tie goes to the runner.” “Benefit of the doubt.”

Such things need to be taken seriously; there are a number of known causes for various post-op symptoms. But after enough time, enough tests, enough maneuvers and investigations to have ruled out every imaginable cause, where do you go? What are you to think? Can you broach the subject of psychological cause without producing a pissed-off patient? Like post-partum depression, post-op depression is a known entity, and I’ve used anti-depressants sometimes, to good effect. But it’s a touchy subject. And when that doesn’t work, then what? It’s tempting simply to say, look, I’ve done everything I can, you need to find a new doctor. Some do, I gather from this and other blogs. It really is the hardest of all: There’s no pleasure or satisfaction, there’s no explanation, there’s no graceful exit, no fallback. It makes everyone miserable, the relationship is shot: in every way, it’s the complete opposite of why you’re doing this. It just sucks, that’s all there is to it.

I also mentioned discussing the frustrations of cleaning up another surgeon’s mess. Forget it. I’m already too depressed. 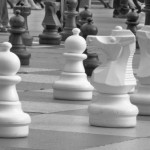