to live in this world

you must be able
to do three things
to love what is mortal;
to hold it

against your bones knowing
your own life depends on it;
and, when the time comes to let it go,
to let it go
-Mary Oliver, New and Selected Poems, Vol. 1

As a parent, you are not supposed to have a favorite child, and since some of us physicians feel a strange but kindred protectiveness for our patients, likewise we feel guilty about having favorites.  But we always do. My favorite patient died last night.

On my last day of work, I gave her my email address and my cell phone number, so we could keep in touch.  She gave me a bright red stuffed teddy bear, so that I would always remember my “wild red headed woman from Texas.”  Except that she had no hair — she had grown and lost it so many times over the six years I treated her that even I lost count.  When I retired, I made sure that she had a follow up with one of my colleagues, who I trusted would give her his best opinion and effort in managing her care.  When he saw her in March, he told her there was nothing more he could do.  She signed on to hospice the following week.

She was diagnosed with a rare form of cancer of the uterus nine and a half years ago.  By the time I met her, in 2008, she had already developed lung metastases and had undergone several courses of chemotherapy, none of which had kept the metastases in check for very long.  After a trial of radiofrequency ablation which resulted in a pneumothorax and chest tube, she was referred to me for consideration of stereotactic radiosurgery.  We treated her lung lesions one by one, and one by one they faded into scar tissue.  She was happy and relatively without symptoms until eighteen months ago, when she began to recur in the lung, and brain, and soft tissues of her muscles.  She remained upbeat, larger than life, encouraging the radiation therapists to treat each new lesion as it occurred.  My entire staff looked forward to treating her every time she returned to the department.  We joked about awarding her “frequent flyer miles” and she laughed and her blue eyes sparkled. Her chocolate chip cookies were legendary, and she gave us the recipe, but they never turned out the way they did when she baked them.  We accused her of leaving out a secret ingredient and she protested vigorously.  She said she would never do that.

She traveled a lot in the last year of her life — to visit her children, to see a new grandchild being born.  Her last trip was to New Orleans with her husband, where she looked forward to eating beignets and listening to Dixieland jazz, even though her trip was interrupted by an emergency room visit for shortness of breath. When we parted at the end of February, we promised to keep in touch and get together for lunch or dinner but she had complications from her last course of therapy, or from the cancer itself, and when I heard from her by text and by email, the news was not good.  In her last email, she told me she had joined a gym, determined to try to regain some of her strength. She promised to call when she was feeling better.

She did call me, last weekend, to see if I could have lunch with her and her husband on Thursday.  I missed her call, but I knew I was busy that day, so I called her back to reschedule but she did not pick up the cell phone.  And so I was not surprised when I received the news today that she had passed away last night.  Not surprised, and yet astounded, that such a vital life force had left us.  My entire staff is bereft.

In his email to me and I am sure, countless others who knew and cared about her, her husband included two photographs of her.  In the first one, they are cutting their wedding cake — she in her beautiful white dress with her long flowing red hair and he, handsome in his tuxedo and moustache.  Over thirty years must have passed between the first photo and the second, where she stands alone, healthy, beaming, and holding a yellow rose.  After all, she was from Texas. As I looked at the pictures again this evening, it occurred to me that I knew that the ingredient she poured into those chocolate chip cookies but forgot to write down for the rest of us was love.  Simply and purely, love.

The health care industrial complex is stronger than ever 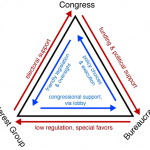